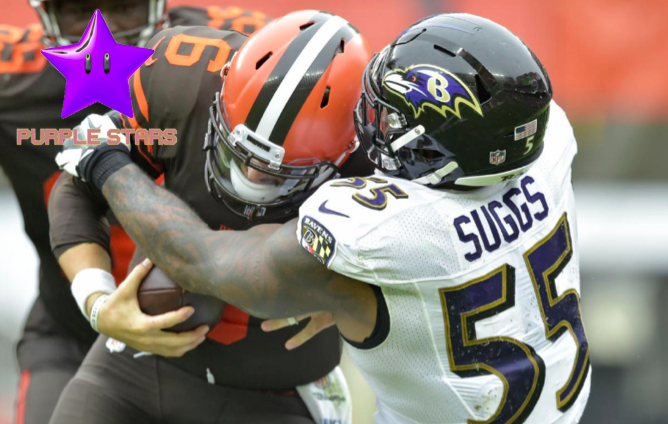 “Maybe you shouldn’t watch Ravens games at my house anymore,” my girlfriend told me Monday morning.

Let’s just say she isn’t too happy with me after my antics on Sunday … and rightfully so.

For starters, I missed the second half of her family’s Canadian Thanksgiving brunch after sneaking off and trying to stream the first quarter of the game using her phone and data plan. The car ride home was a bad look for me also. Muttering swear words, grunting and slapping of the knees is not meant for a packed car ride with most of your girlfriend’s relatives.

But it wasn’t until I arrived at her house when I fully let loose.

— That Michael Crabtree game-winning TD drop had me yelling as loud as 176 decibels, rivaling the likes of Krakatoa.

— That illegal block in the back by Chris Moore on a long Alex Collins run that ALSO would have set up a game-winning FG try had me throwing random objects around her basement like the intro to The Eric Andre Show.

— The entire offensive game plan from Marty Mornhinweg had me angrier than the time I came in second place in a game of Fortnite by dying from fall damage. Twice. That angry.

This edition of Purple Stars will be the first covering a loss but hey, it was bound to happen eventually. Be that as it may, several Ravens players balled out and this week’s winners are still well-deserved. 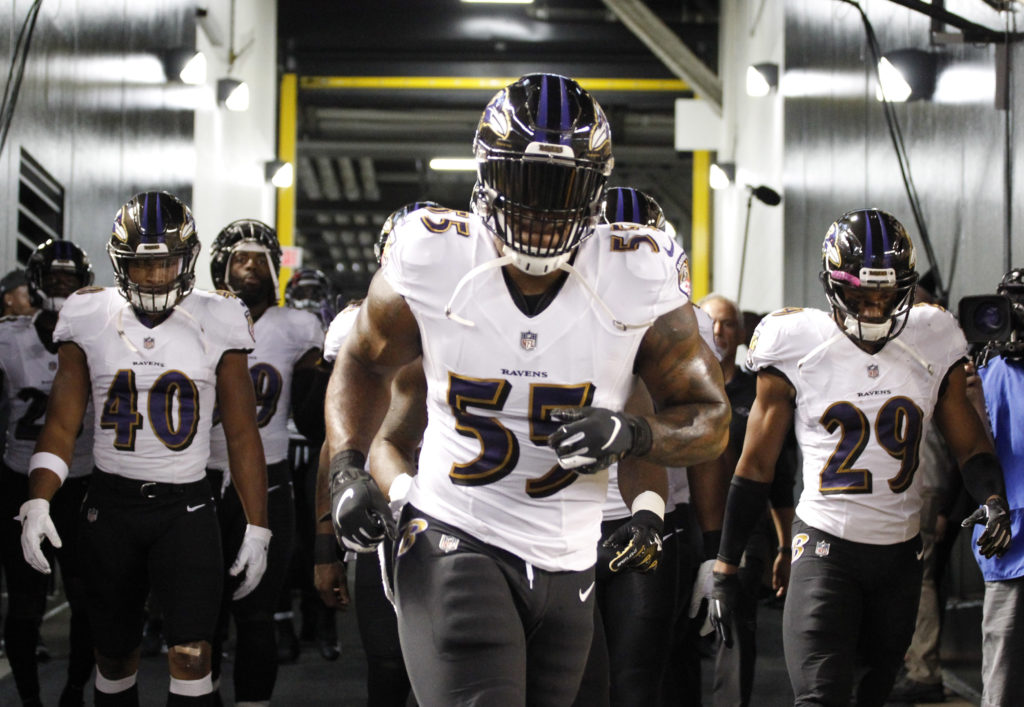 It wouldn’t be hard to make the case that this legend has been the best Ravens defender through the first five weeks of the season. Although the Ravens pass rush group had an impressive performance overall, no player was more dominant and caused more havoc in the backfield than Terrell Suggs.

10 total pressure events is pretty ridiculous and that consistent presence from Suggs was a key factor as to why several other pass rushers were able to shine. The Ravens succeeded in flushing QB Baker Mayfield out of the pocket on many of his pass attempts, thus forcing him to be a playmaker and pass under duress. While Mayfield ultimately connected some of those big time throws, I credit the Ravens pass rush for making it tough on him all game.

One word to describe how Suggs played in this one? Pissed. Must be Fortnite. His one sack on the afternoon was the result of pure strength and it utilized his signature long-arm move. As Suggs worked outside, he used his left arm to bull LT Desmond Harrison right into Mayfield and quickly corralled the QB upon trying to scramble away. What I also love about the sack is that Suggs thought about snatching the ball the entire time, as you can see him reach for Mayfield’s arm before taking him down.

If you haven’t already, Michael Crawford did a great breakdown of the sack in this week’s Game Changers. Good note on how this might be a coverage sack based on Mayfield’s pump fake. 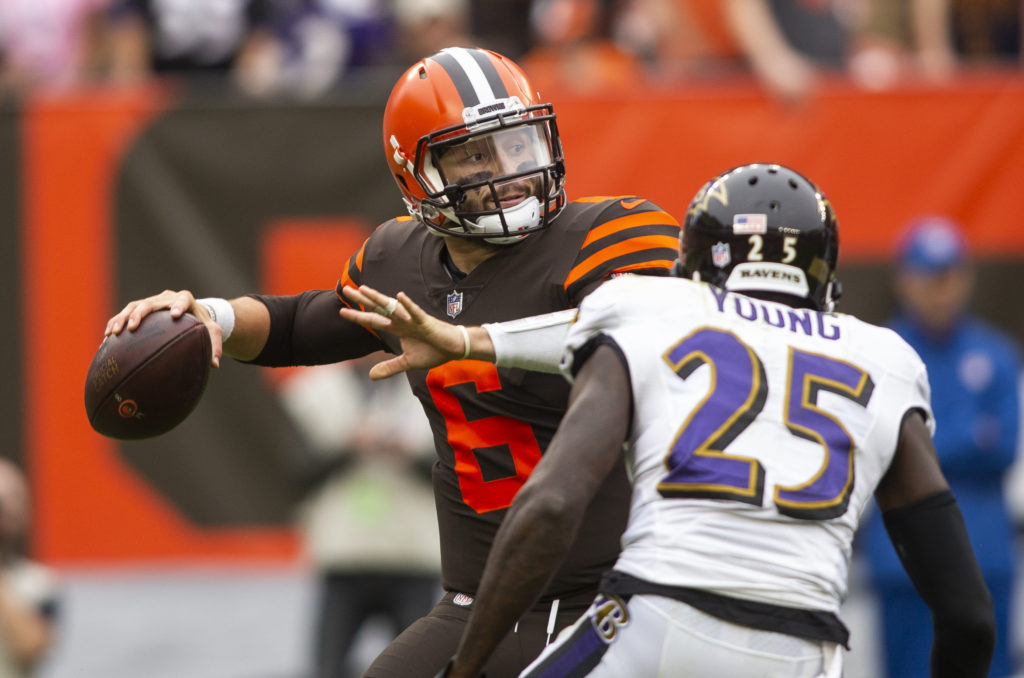 Tavon Young has quietly become one of the better nickel CBs in the league. And I mean quiet in the best way possible because since Week 2, I’ve rarely heard his name and the word “allow” used in the same sentence.

Apart from one long reception, Young was very strong in coverage throughout the game and played physical as always. Facing off against two talented slot WRs in Jarvis Landry and Rashard Higgins, it was nice to see the Ravens hold them each under 70 yards. Although Young can’t take complete credit for that, you have to think he was a big reason for limiting plays from the slot.

Slot WRs lately have been a thorn to the side of the Ravens secondary, especially those who do damage through RAC. But it feels as if the Ravens have done a decent job at limiting those frustrating chunk plays, which can be attributed to a consistent pass rushing presence and lockdown coverage by the likes of Young on big play WRs. Emmanuel Sanders supposedly had a “favorable” WR-CB matchup on Young heading into Week 3. I think 5 catches for only 38 yards for Sanders that game proved otherwise. Hush.

Let’s finish off with Young’s beauty of an interception. On 3rd and 6, Young was covering Higgins on a flat which eventually developed into a dig route as he directed back to the middle. As Higgins turned upfield, Young cut underneath and laid out for a diving pick. Looked familiar to you? Check this interception from his rookie season. 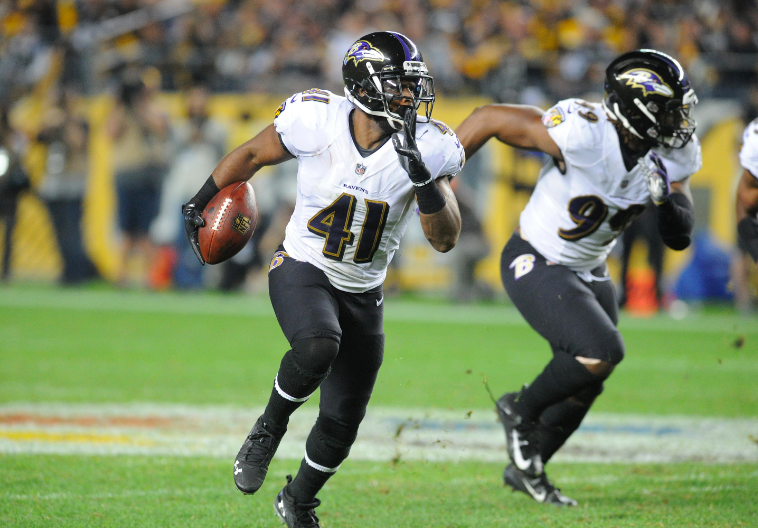 And with Anthony Levine’s second appearance on the column, we have our first all-defense edition of Purple Stars! It was hard to leave Levine out after another game-breaking performance that included a handful of drive-ending plays. With all this talk about the Ravens perfecting their halftime adjustments procedure, I’d say a big part is Levine and their greater second half utilization of the dime.

Two weeks in a row, two times Levine has had a big PBU on third down. On a huge 3rd and 12, Mayfield stepped up in the pocket to target what looked like a wide open WR Derrick Willies – an intermediate pass behind the LBs that tends to get the best of the Ravens. But Levine surprisingly was able to reach up and hit the ball away well before reaching Willies, thus forcing a punt. Levine did a great job at reading Mayfield’s eyes while simultaneously staying in the perfect position under Willies’ route.

Per Ken McKusick, Levine also notched 3 drive-ending tackles and was credited with coverage on RB Duke Johnson, Jr. to prevent a screen pass and create a third down sack. Levine has become a legitimate name to look out for on this defense.

If Dean Pees was still DC, we would probably see Brandon Williams taking snaps at ILB instead because that just seems like something he would do. Wink Martindale, on the other hand, knows how to use his players properly. Levine is one of many examples of how much more efficient he is with his personnel.