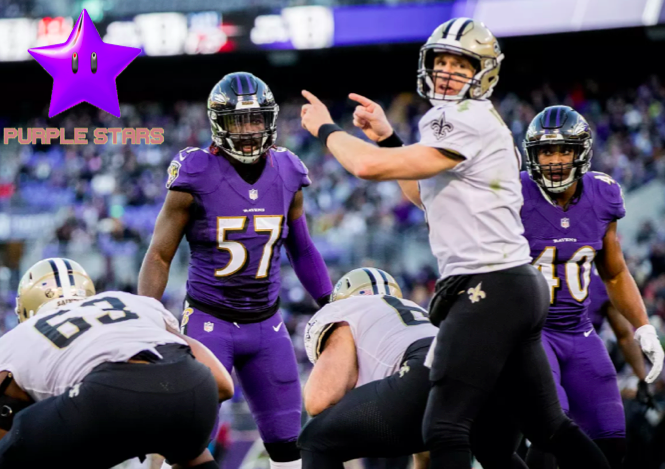 What a magnificent way to lose a game.

After a few sleeps, I can’t say I feel as miserable as one should after watching their team lose by one point due to a missed XP.

It should be tough for Ravens fans to take that one in after experiencing the exhilarating feeling of witnessing what should have been a game-tying drive. A six-play 81-yard drive that came down to the wire during the two-minute warning and was capped off by a beautiful 14-yard TD pass to the right corner of the end zone with 0:24 left to play. And after the most accurate kicker in NFL history botches a routine kick, one that he’s made in all 222 prior regular-season attempts, I should be admitted into the psych ward for experiencing sports-related trauma of the highest degree.

Maybe it hasn’t hit me yet. Perhaps I’m just delusional. But even after a crusher like this, I feel pretty damn good about these Ravens.

Many will criticize the defense for allowing three consecutive scoring drives in the fourth quarter that resulted in two TDs and a FG. Personally, I’m reluctant to be too harsh on a unit matched up against a Saints offense that now ranks 2nd in the league in points per game (34). And despite the praise the defense has received for not allowing a second-half TD until this point, it make sense to see them finally get bested by a QB who has now thrown for five TDs in the fourth quarter and currently owns the 2nd highest fourth quarter QBR (133.3) this season. By the way, that same QB recently connected for his 500th career TD pass. Yes, Drew Brees is pretty good at this football thing.

It would have been reasonable to anticipate the defense to eventually bend after the Saints were able to sustain several long drives. You could tell the Ravens would be challenged right off the bat after the Saints’ opening drive lasted 20 plays for slightly over 10 minutes of possession! Sean Payton’s success on fourth down conversions and Brees’ ability to escape pressure were the difference makers in the possession battle.

There’s no denying how heartbreaking of a loss this was but the silver lining couldn’t be more important. This week the Ravens showed they can go toe-to-toe with one of the best team’s in the NFL and if it wasn’t for one freak play, I could have ended up writing why they’re a better team than the Saints. You thought this would be another negative edition of Purple Stars? You thought wrong.

Allow me to be loud and clear for Skip Bayless, Michael Lombardi, Trey Wingo and everyone else in the back who won’t want to hear it…

JOE FLACCO IS HAVING A GOOD SEASON.

Actually, this is Flacco’s best start to a season in several years, as he’s now scored 11 TDs through his first seven games in 2018. That’s the most Flacco has recorded since scoring 14 TDs through his first seven games in 2014. The coincidence? The Ravens played NFC South teams both seasons. For some reason, Flacco has historically dominated the NFC South with 2,390 yards, 21 TDs and approximately a 115.7 QBR earned through his nine career games against the division. It could be just the warm weather down south, but the reason why Flacco has performed so well in both of these seasons lies deeper.

In 2014, Flacco had a great OC in Gary Kubiak, a strong relationship with his QB Coach Rick Dennison and a solid receiver corps that consisted of Steve Smith, Sr., Torrey Smith, Jacoby Jones and Owen Daniels. That’s the last time he’s been part of a system that worked. To compare with this season, Flacco has another effective OC in Marty Mornhinweg, another influential QB Coach in James Urban and another talented receiver corps in John Brown, Michael Crabtree, Willie Snead and Mark Andrews. So much for the coincidence.

Flacco is the first Raven to earn a Purple Stars hat trick after making his third appearance in the column. An impressive game from him and a VERY impressive (almost) game-tying drive.

There are many reasons for Joe Flacco’s newfound success but let’s talk about the man who accounts for over one-quarter of his passing yards (558) and over one-third of his TDs (4) this season. John Brown has become the perfect complement to Flacco’s cannon arm.

Throwing to Brown usually results in a big-time play. Brown’s 266 deep receiving yards are the 4th most among all WRs and his 115.9 QBR when targeted leads all Ravens receivers by a sizeable margin, per PFF. Brown also ranks 3rd among all WRs in yards per reception with an average of 19.9 YPR on 28 catches, thus further solidifying his “explosive” label. After such desperation to find a playmaking WR, there’s no way the Ravens can let Brown walk this offseason.

The passing game has done a poor job at generating yards after the catch, as they approached this week tied for the 2nd lowest average of 4.4 YAC per reception. However, that wasn’t the case on a certain catch made by Brown that could end up as largest catch and run for the Ravens this season.

With 1:17 left to go in the first half, Flacco connected with Brown on a dig route over the middle with plenty of breathing room. After Andrews laid a crushing block (no really, go watch it again) on CB Ken Crawley, Brown bolted upfield and nearly outran three saints defenders for a 56-yard play. These are the type of passing concepts that the Ravens need to utilize more often to have success against man coverage.

Regardless of your opinion on his contract situation, C.J. Mosley played one heck of a ball game and was arguably the most important Ravens defender on the field.

Mosley performed with three qualities that really limited the Saints’ capacity to pick up rushing and RAC yardage – situational awareness, block shedding, and speed to the ball. It seemed as if Mosley showed up around the ball carrier nearly each down and his ability to diagnose plays and fight through contact were major factors that forced an uncharacteristic outing for the Saints RBs. Alvin Kamara recorded a season low in both catches (2) and receiving yards (11) and Mark Ingram rushed for a poor 2.7 YPC.

Of course, it would be too vague to completely credit Mosley for disrupting the Saints backfield and evaluating him by tackles alone would be irrational. But have a look at this…

First off, Mosley WAS NOT credited for the tackle on this play. That means instead of just referencing the box score, you actually had to be paying attention to the game to realize Mosley’s impact. Go figure. Here Mosley wisely decides to not bite on the play action fake after reading Brees and proceeds to shadow Kamara on a screen pass. Although Kamara caught the ball in the open field behind a convoy of three blockers, Mosley was able to shed the block of C Max Unger to set the edge and force Kamara back inside for Michael Pierce to clean up. He was making these types of plays all game.