The Ravens are at a crossroads. 4-5 at the bye. A banged up offensive line. A run game that has shown improvement, but can’t be relied upon. A once swaggering, now staggering, defense. And the coaching…don’t get me started on the coaching.

The Ravens fall to the rival Steelers by one score, and the fanbase has exploded. Let’s take a look at the good (ha!), bad, and ugly.

This week, it’s especially hard to find any silver lining. At first glance.. And second.. Everything was awful. But there were one or two bright spots.

Jimmy Smith. Jimmy’s game wasn’t perfect this week, but it was a good bit better than his previous two outings. He played better in man coverage, with far less cushion than he gave the likes of Michael Thomas. He had two passes defended, with five combined tackles, one for a loss. The bigger part, that doesn’t show up on the stat sheet, was his coverage ability. After allowing 12-of-16 catches in his first few games back, he allowed just two this week, albeit in a loss.

I really tried to find another option to put under ‘The Good’. But, let’s face facts. It was an ugly game, and nobody really stood out. So, here we are, with.. An honorary mention. 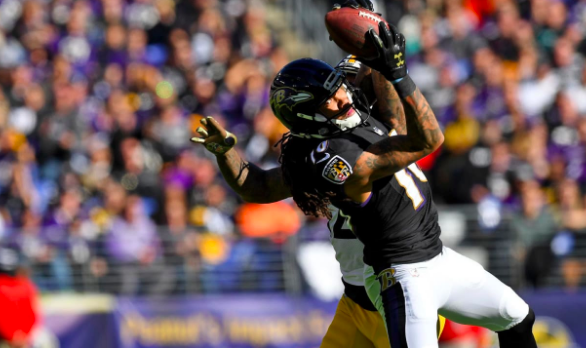 Chris Moore. Long have I been a fan of C-Mo. Coming out of Cincinnati, I was intrigued by his game speed and ability to make contested catches. His first season was largely on special teams, but in 2017, he got his first meaningful offensive snaps, and produced while learning, even struggling with some ugly/costly mistakes. Now, in 2018, through eight games played, he has an 83.36% catch percentage. He has 128 yards on 12 catches, as well as 140 return yards through four games. In this game specifically, he had just one target, but caught it, in traffic, for a 30-yard gain. Leaving me to think of at least one idea to help the offense.. More Moore.

Now for the fun part.

Strap in, boys and girls. This is going to be a bit wordy.

Joe Flacco. Going 23/37 for 206 yards and no scores doesn’t really inspire thoughts of a franchise quarterback. He underthrew receivers. He overthrew receivers. He missed reads. He threw behind the line of scrimmage as if he still had Ray Rice getting blocks from Anquan Boldin. All-in-all, it was more early 2017 Flacco than early 2018 Flacco, and it doesn’t seem to be getting better, judging by the last three games. He didn’t get picked off, but made bad decisions regardless.

Coaching. A lot of misinformed people have accused John Harbaugh of being a good coach. Some have even said Marty Mornhinweg was a good coach. Judging by this game, those people were wrong. Too many ‘gadget’ plays with Lamar Jackson. Just nine carries for Alex Collins, who was averaging almost 4.0YPC. A lack of urgency in the playcalling. Conservative football when it should have been an all-out attack. Misused (and unused) timeouts. The list goes on and on. In what was supposed to be the ‘biggest game of Harbaugh’s regular-season career,’ the energy and hustle was nowhere to be found on the sidelines.

Pass no-rush. Another single-sack game (and it was a gift). Matthew Judon created good pressure for the majority of the time he was on the field. Suggs had some pressure. Za’Darius Smith was above average. But altogether, the Ravens’ league-leading pass rush couldn’t get to Ben Roethlisberger more than once – and that one time was more allowed, than gained. In the last three games, the Ravens have two sacks. They have to pump those numbers up. Those are rookie numbers.

Run defense. James Conner had 24 rushes for 107 yards, good enough for a 4.5YPC. Against what was a Top 5 run defense. The Ravens lost the battle in the trenches, on both sides, all day. They allowed the Steelers to gain 12-of-16 third down conversions, as well as a fourth down conversion, mostly through runs. Something the Ravens have hung their hat on for years. The run defense had more holes in it than the story a cheating husband (or wife) tries to pass off. The Steelers have a good offensive line, don’t get me wrong. But the Ravens are now allowing nearly 100 yards per game, and some of the run games they have faced are less than stellar. Something needs to change, and quickly.

Now let’s get to the truly, spectacularly bad.

This week, ‘The Ugly’ is just the truth. 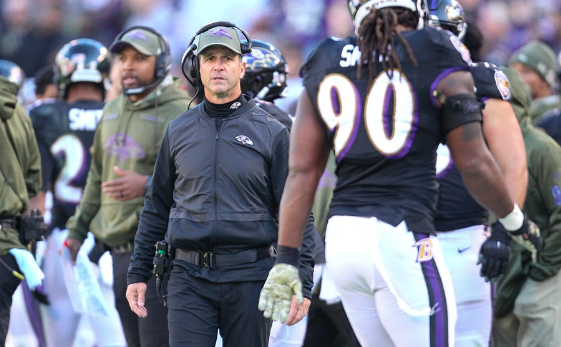 The truth is, this team likely isn’t making the playoffs. The truth is, this team is definitely not making the Super Bowl, let alone winning it. This team is the perfect version of the Ravens – start strong, get everybody’s hopes up, and then rip their hearts out, and leave them to watch, clinging to hope, just to have it dashed away in the end. John Harbaugh is likely gone in 2019. Marty, maybe sooner. Jimmy Smith, Joe Flacco, probably Terrell Suggs, all gone. Eric Weddle. A handful of others. Be prepared for it. Brace yourselves. This team is headed for a rebuild, and the fans that have been whining and complaining over the past few seasons, well, they are going to be very unhappy.

A lot of homers and apologists will disagree with this, and that’s okay. I’m used to dealing with blind faith without logic.

This week, we’ll obviously forgo the ‘Megan Fox Award’. I’m not comfortable giving it to an..

Orlando Brown, Jr. Zeus, Jr. Baby Zeus. Zeus Deuce. Whatever you choose to call him, he is (thus far) an absolute steal. He had the worst combine from anybody, potentially ever, and so he fell to the third round, after having a first round grade for most of the time leading up to the draft. Right into the laps of the Ravens.

He didn’t start the season. He had to wait until injury. But now, he has been nothing short of excellent, allowing no sacks, and no pressures, through the games he has started.

Take a look at this beautiful pancake on TJ Watt.

There is absolutely no reason why, when Hurst is healthy, OBJr should be removed from the offensive line. Swing Hurst back to left guard, removing Alex Lewis, and let OBJr protect the right side of the line.

That’s it for this week, folks. I’ll see you back in here in two weeks, as the Ravens are on a much-needed bye. Be sure to listen to this week’s episode of Neutral Zone Infraction (not yet recorded at the time of this article).

I have been an avid Ravens fan since their inception, and have written about them for a little over seven years. I live in Florida with my wonderful girlfriend Kelly nowadays, and keep up all year with all things Ravens. You can follow me on Twitter (@LateRoundCorner) where you can argue with me about all the takes that you won't agree with. Sarcasm is my first language.