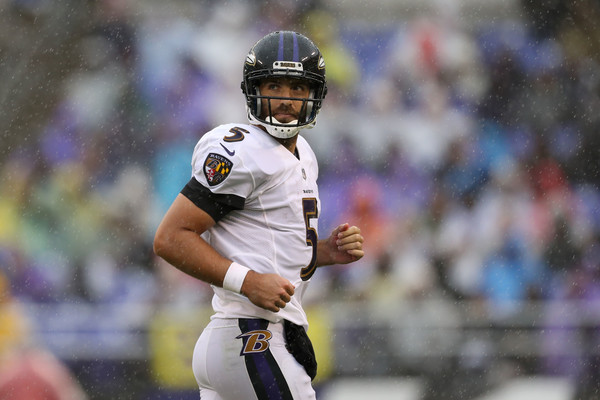 A week of stress-free football. I almost forgot what this felt like. The Ravens are on a bye week, and it couldn’t come at a better time. Part of me wants to see them come out on fire, and stack some wins together, but the other, larger part of me wants to see them go down in a spectacular blaze, in order to secure a decent draft pick, and a shot at Devin White, N’Keal Harry, or Josh Allen (not that Josh Allen).

Can’t be lazy, though.. At least not in writing. (NZI podcast is delayed this week.) And so, I present to you, The Chicken Box.

Joe Flacco is (not) on crutches

If you listen to 105.7 The Fan, perhaps you heard the caller yesterda who swore up and down that he saw Joe hobbling around at The Castle.

Guys…that caller is just as credible as @LIVERavenNation, who once tweeted that Joe Flacco had been in a car accident (I would post it, but I’m blocked, because I called them out one too many times).

You cannot put stock in callers, fans, or random Twitter folk saying things like this. If you hear it, Google it, and if you find nothing, chances are it didn’t happen. Reliable people will have this news before callers and random accounts. Don’t buy into it, and potentially create an unnecessary panic within those that are gullible enough to believe you.

He does, however, have a hip injury, and his status for Week 11 is unclear.

Jackson should (not) start after the bye

Oh, good. We’re back here. Joe’s recent regression has reignited the so-called QB controversy in the Baltimore fanbase, and some media, to a point. Look, I can understand why people want to see this happen. The Ravens drafted a quarterback in the first, called him Joe’s heir apparent, and to be honest, he was a phenomenal athlete in Louisville.

But starting Lamar Jackson is not the right call. Here’s why.

LJ was never viewed (by anybody smart) as a guy who could start right away. He had accuracy issues, and questions about his pocket awareness, his entire collegiate career. For whatever reason, people think that after a few gadget plays, and a drive under his belt, those issues will be fixed. Spoiler alert: they aren’t. And if you’re upset at Flacco’s inaccuracy, then what makes you think you won’t quicky tire of LJ’s?

Another thing – if you start LJ now, you’re signalling to the team that you view the season as being over. In doing so, you signal to players that it’s okay to give up. Players in contract years will get frustrated, perhaps get lackadaisical, perhaps press, and possibly get injured. Not the route you want to take.

Finally, it’s long been known that Jackson will need a good-to-great situation in order to live up to the hype that has surrounded him since the pre-draft process. Do you really think that Harbs and Marty provide the optimal situation for Lamar to start learning what it is to be a starter? Or should the team wait until it’s either out of contention – so there’s no pressure – or until 2019 – when they can build the coaching around him?

Enough. Just let the season play out. It’s a failed season anyway, because there’s no ring coming in 2018. Just have some patience.

*Obviously, if Flacco is seriously injured, Lamar starting may be the best option. I still think it’s RGIII.*

What a ride Dez has had. He turns down a $21M contract from Baltimore, gets shunned by Cleveland, and finally signs with New Orleans, who may be the best team in the league, in Week 10.

Days later, at his first practice, a report comes out saying that Dez likely won’t play against the Bengals, due to being out of shape.

Hours after that, reports came through that Dez had to he helped off of the field, and that the Saints feared a torn Achilles, which would end his season.

Even as much of a diva as Bryant is, you have to feel for the guy. He bet on himself, and it came to this.

The case for not winning

Stay with me here. Nobody likes losing. The other side of that is that nobody likes a mediocre team. Sometimes, you have to lose, to get out of the mediocre rut.

In this case, the Ravens have a banged up offensive line. An apparently injured quarterback. Receivers that drop balls. An aging defense. On top of all of this, they’re without a 2019 second-round draft pick.

The Ravens are 4-5. They face some truly bad defenses, but some truly good offenses. They could conceivably act like they’re trying to win, while also securing a good draft pick.

A draft pick that could net somebody like Devin White – which would create a situation where C.J. Mosley could walk in free agency. A pick that could bring Baltimore a true No. 1 WR in N’Keal Harry. A top center or guard. The list goes on. 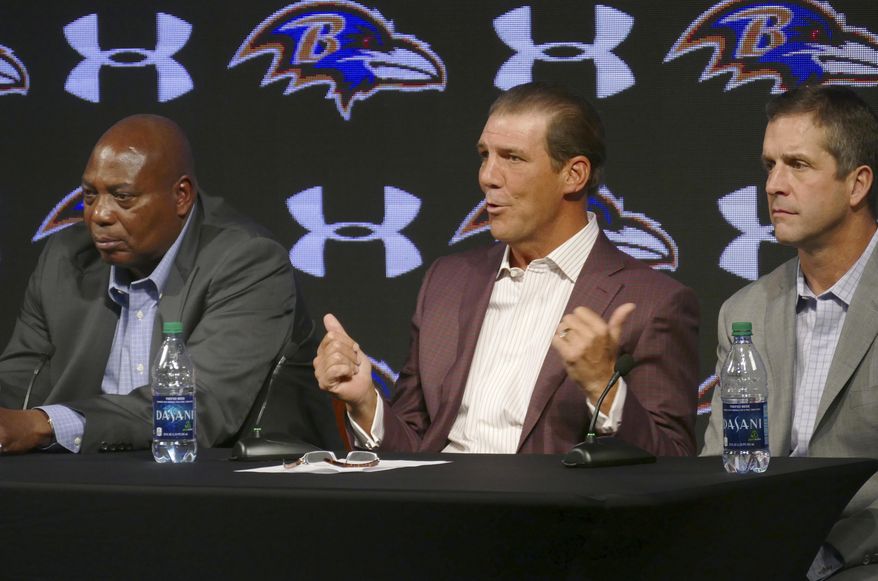 Does he stay or does he go now?

If he stays, there will be trouble.

I’m referring to John Harbaugh, of course. If Joe is seriously injured, and if Lamar starts and falters, and this team misses the playoffs, does ol’ Stevie Biscuits keep Harbs around?

He would have the ready-made excuse that it’s unfair to release him after the starting QB went down mid-season. He could declare him on the hot seat, and give him another year.

I don’t think that that’s what happens. I think regardless of outcome, the midseason low is enough for Harbs to currently be singing his swan song.

But, it’s a question worth asking.

Am I wrong for looking to 2019 already? I don’t believe so. I think anybody expecting anything more than heartbreak in 2018 is wearing purple glasses, and drinking the Kool-Aid.

That’s it for me today, folks. Be sure to listen to the special weekend edition of Neutral Zone Infraction, and follow everybody at Russell Street Report.