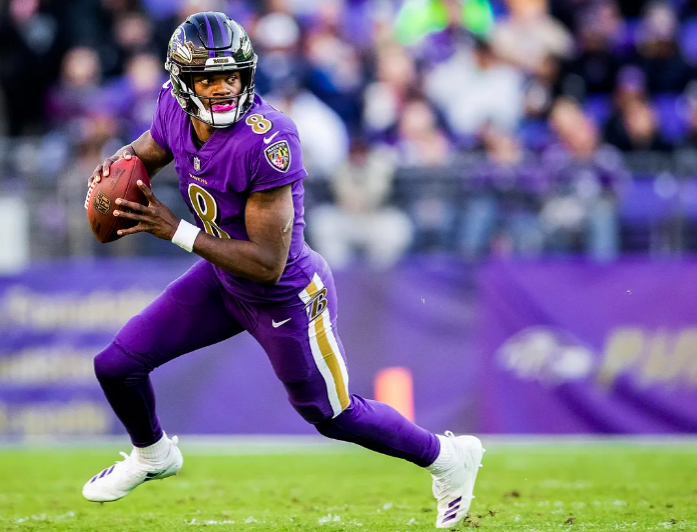 The Baltimore Ravens welcome the Tampa Bay Buccaneers to town in Week 15. What can we expect? RSR staff predict things here…

The Tampa Bay Bucs are at a crossroad. Their season rests on shaky ground. They’ve reached a tipping point and what happens early in the game will influence the team’s collective effort in the second half. In other words, keep it close early and it could be a dog fight. Trail by a couple of scores before the break, and it could get ugly for the visitors.

Weather will be a factor. Heavy rain is expected throughout Saturday and showers should continue right up to and through kickoff on Sunday. The sloppy track should neutralize speed a bit. It will be interesting to see how that affects the game of Lamar Jackson who has struggled with ball security even during ideal weather conditions.

The game could go either way but, in the end, Tampa’s inability to preserve possessions will do them in. Their turnover ratio sits at -17, second worst in the NFL.

— The Ravens will generate over 300 yards passing, split 60/40 between Lamar Jackson and Joe Flacco who will see some action. Look for the Ravens to install a few packages specifically for Joe to exploit the Bucs’ 27th-ranked pass defense. Jackson will be responsible for two turnovers.

— Jameis Winston will move the ball freely against the Ravens defense. He’s averaged 302 yards passing during his 6 starts in 2018. He’ll find success on crossers given the Ravens intent to prevent the long ball. Consequently, he’ll pick up chunk yards on intermediate passes that feature impressive YAC. But, he’ll make a couple of mistakes trying to force the long ball. The Ravens have had only 6 interceptions this season but they’ll push that total to 8 on Sunday, courtesy of Messrs. Weddle and Young.

— Terrell Suggs, Za’Darius Smith and Matt Judon will share 5 sacks, 1 will be a strip sack deep in Tampa territory.

— Kenneth Dixon will be the bell cow this week and he’ll eclipse the 100-yard mark. John Brown will do the same in the passing game.

— Ravens win the turnover battle, 4 to 2 and that will be the difference in this sloppy contest.

— The Ravens face a high-powered offense for the second straight week. The Buccaneers are ranked second in the league with 437.5 yards per game. They also have the top-rated passing offense. Quarterback Jameis Winston has thrown for 2,154 yards with 14 touchdowns and 12 interceptions. Backup Ryan Fitzpatrick has even better stats with 2,366 yards, 17 touchdowns and 12 interceptions. Mike Evans is the top target with 1,207 receiving yards with five touchdowns.

However, Tampa Bay is prone to make mistakes and is ranked 31st with a minus-17 turnover differential. The Ravens should be able to contain the Buccaneers with cornerback Jimmy Smith, Marlon Humphrey and Brandon Carr. Baltimore is poised to force a turnover for the second straight week.

— Tampa Bay is just 1-5 on the road and have to play in a tough environment at M&T Bank Stadium. The Ravens have shown their ball-control offense can work against high-scoring teams, so they will look to set the tone by running the ball. Tampa Bay allows 119.4 yards rushing per game and the Ravens have the talent to surpass that mark.

— The Ravens own all of the intangibles in this game. They are looking to snap a three-year playoff drought. Consequently, the players and coaches know they cannot afford to slip against an inferior opponent. The Ravens can also take over first place in the AFC North with a win and a Steelers loss to the Patriots. That’s a scenario that seemed implausible just three weeks ago. 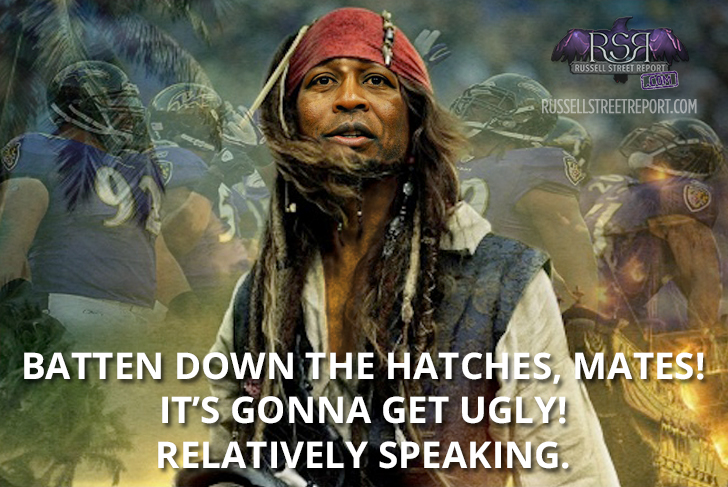 The Lamar Jackson era is now official(even though for most of us it has been official since Week 11), and this is now his team. A loss is a loss, but I saw a team that was a few bad calls, and one lucky bounce from a Patrick Mahomes fumble away from beating the hottest team in the AFC. This team showed they can hang with the elite, and that they could surprise a lot of people if they make it into the playoffs.

The Ravens offense will continue to run the ball well versus an overall poor Tampa Bay defense. Gus Edwards will have 120 Yards and a score, while Kenneth Dixon adds 50 rushing yards and thirty receiving yards. This will be the game that Jackson shows off, and lets the NFL know what he is made of. The Tampa Bay secondary is banged up, but even when healthy it was pretty atrocious. With Lamar’s mobility, and the shift of offensive identity, we have had to worry less about the offensive line dominating the line of scrimmage, but more on preventing early collapses and Lamar moving to fast for his own good (as we have seen from some fumbles versus Atlanta). Lamar will throw a modest 250 yards and 2 scores through the air, and add 75 yards on the ground and one score.

For the defense to win this game, they might just want to avoid making Jameis Winston look too bad too early, and avoid Ryan Fitzpatrick coming in to finish the game. This offense is still ranked second in the league, and as we saw last week, it doesn’t matter how stout your defense is, the ball will continue to get moved. Martindale will force Jameis to make throws he wont want to, and he will make some awful throws. I expect Michael Pierce to dominate former teammate Ryan Jensen in the trenches, thus making their run game null. Mike Evans will have his fair share of chunk yardage versus Jimmy Smith, as Jimmy will continue his down season. The Ravens will win the day, keeping the offense under 300 yards, and forcing two ugly interceptions.

What a week it’s been. The Lamar Jackson era is here for good and playoff tiebreaker scenarios that will make your head explode are making the rounds. The Ravens get a dysfunctional Bucs team that is abysmal on the road (allowing almost 35 points per game) in a game that should be a tune up for a pivotal final two weeks of the season against a really good Chargers team and a much improved and confident Cleveland squad.

— Kenneth Dixon continues to show signs of the player the Ravens and their fans have hoped for, and gets twice as many touches as Gus Edwards. He finishes with around 15 carries for 75 yards and a touchdown and gets another 30 through the air.

— The defense tortures Jameis Winston all day and forces three turnovers that all result in points.

— The Ravens continue to dominate time of possession and hold the ball for nearly 40 minutes. The good guys get one of the easiest wins of the year and a confidence booster heading into a huge game next week. 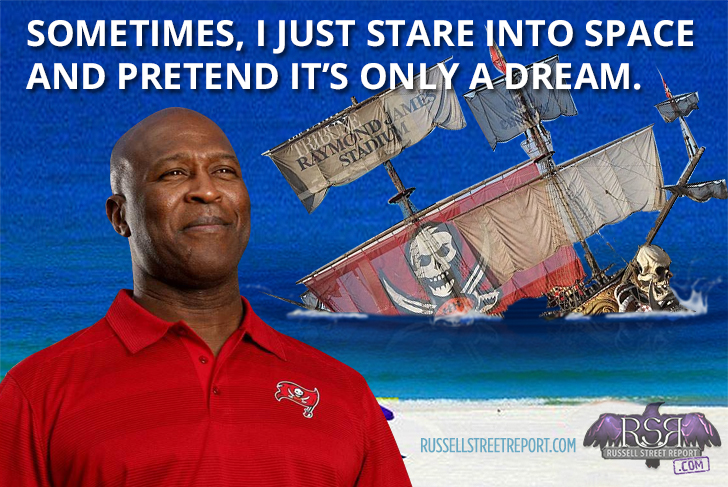 This is a game the Ravens should easily win, but the Ravens are no strangers to losing games they should have won. Jameis Winston is the number one rated quarterback outside of the pocket. That is when things break down for the Ravens defense. However I think Winston will be a walk in the park compared to what Patrick Mahomes displayed last week.

— The Lamar Jackson show continues with another heavy dose of the run game and Jackson makes fewer mistakes as he gets more comfortable. It’s going to be raining so I expect ball security to be a high priority.

— Kenneth Dixon continues the show that he’s the most talented running back on the roster. Running and receiving he makes his mark.

— The receivers won’t get many opportunities in the rainy weather and it’ll be strictly a short passing game. Lamar can’t throw like Flacco in the rain.

— The defense may be a little worn down after a very difficult game against the Chiefs. Luckily they won’t be on the field that much as the run game keeps them off the field. Ryan Jensen will be sure to play nasty against his former teammates.

This game terrify anybody else? I heard Vinny Cerrato’s goofy cackly ass on 105.7 saying that the Ravens should give Harbs an extension NOW.

What if the Ravens lose the next three? Is anybody really 100% convinced that’s not going to happen? So then you’d have just given an extension to a coach who missed the playoffs for four straight years, and who once again fell off a cliff in December with the playoffs in sight.

This is why you’re on sports talk radio in Baltimore now, Cerrato.

For all the reasons my colleagues listed above, of course the Ravens *should* win this game. But I’m wary of the type of letdown that’s become commonplace around these parts for the last handful of years.

The weather is slated to be a steady rain at game time, and I think that favors the Ravens and the run game. The offense will once again go run heavy with a 3:1 run:pass ratio, and will rack up – I kid you not – 300 total rushing yards and 3 rushing TD against Tampa. 3-0-0-yards. They’ll tack on another 150 through the air (gotta keep ’em honest!) and score at will.

Unfortunately, the defense will be closer to a sieve than a stout force we’ve come to know. Jameis won’t throw two touchdown passes for the 3rd straight week though- he’ll throw three.

It’s close, but the Ravens fall behind by four late in the game, and can’t recover.