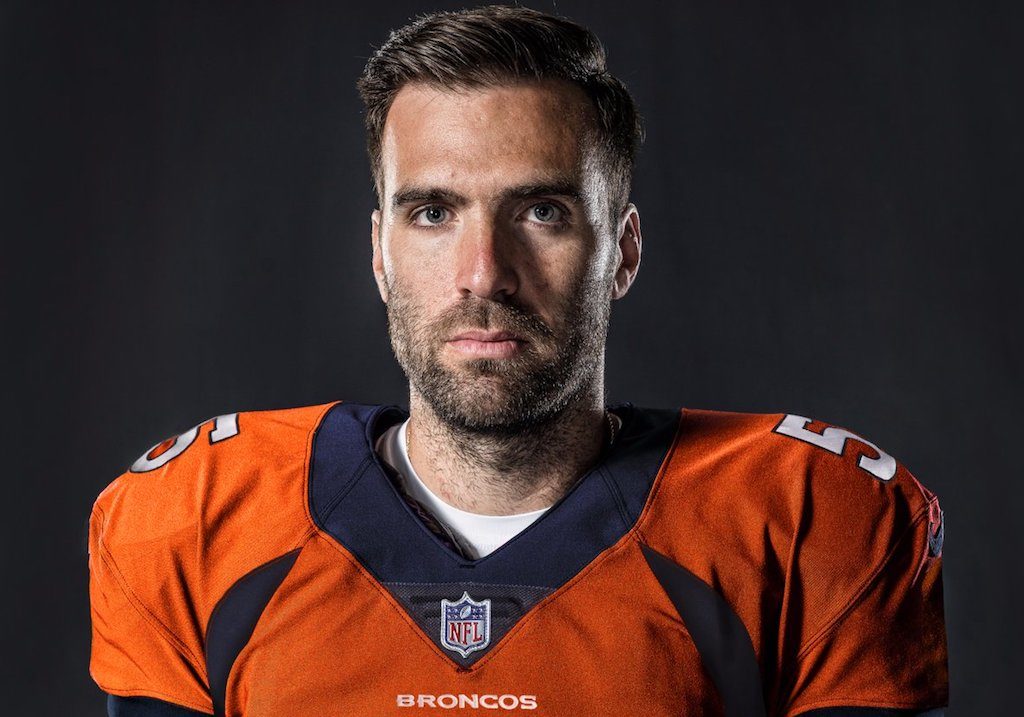 January Joe has left the building, ladies, and gentlemen.

The Broncos have agreed to a deal and now the Ravens have freed up roughly ten-and-a-half million dollars in cap space.

Some are upset, while others see it as “it was time for a change.” I see it as: what does this mean for the Denver Broncos and the rest of the AFC? At 25/1 at the top betting outlets, the Broncos are sitting in the middle of the AFC on the odds boards to win the conference. Since the odds are similar at the various sportsbooks, check this Bovada Review to see if they are the NFL futures book for you.

It Must Be Frustrating For Denver Fans

The Broncos have an NFL passing great as the president of football operations in John Elway yet, since the Peyton Manning stint in Denver, the Broncos haven’t had a QB that was worth much. Trever Siemian, Paxton Lynch, Brock Osweiler, Case Keenum…they have all just been little tiny bandaids on a gaping wound that has been gushing blood since the end of the 2015 season.

With that said, the fans up at Mile High have got to be ecstatic that they have a proven, veteran pocket passer that they can rely on to run the offense, even if just for a couple of seasons. It remains to be seen how well Joe Cool will fit in, but you have to think that Elway and Vic Fangio will adapt the offensive scheme around Joe’s skills and possibly target some worthy targets in the upcoming NFL draft. Furthermore, the Broncos might prove to be a threat in the AFC with the ability to pass the ball. They have a fantastic three-pack of running backs in Lindsey, Freeman, and Booker, but in 2018 they lacked any semblance of balance.

How Does This Affect The Ravens?

As far as 2019 is concerned, any effect will be indirect, as the Ravens and Broncos don’t meet up next season. But if the Broncos play well, it could change the shape of the playoff landscape. As a side note, I do find it interesting that the Ravens don’t play the Broncos, yet they have four out of conference games.

The Broncos only have one AFC North opponent in 2019, the Cleveland Browns. So, again there isn’t much direct effect on the Ravens from an immediate improvement in Denver.

Back at Russell Street, there is just one thing to consider as far as the effects are concerned: It’s nice to have a champion backup. It sucks to have Joe sitting on the bench eating up salary space, but if Lamar Jackson were to go down, who better than a Super Bowl Champ to step in?

Take the Eagles, for example: they benched a guy who had a phenomenal season for Carson Wentz. Then, when Wentz went down, their star backup led the Eagles through the playoffs and to a Super Bowl victory. So an argument can be made that money on the bench is not being wasted, just held like an emergency fund.

So, best of luck, Joe. May your success continue in Colorado … so long as it is not at the expense of the Ravens making the postseason.