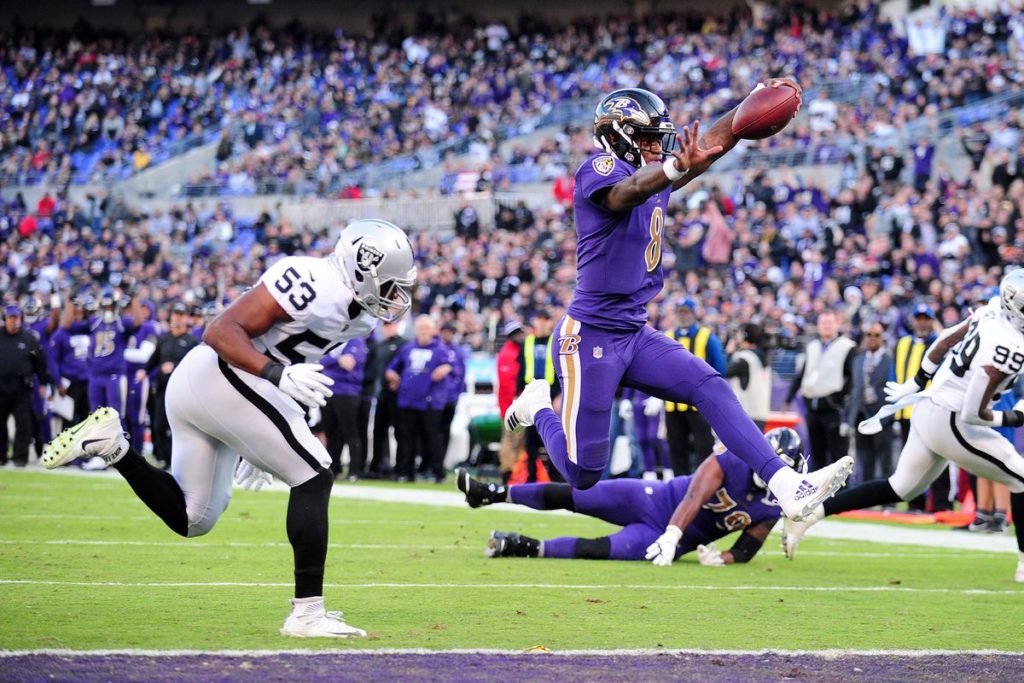 The Ravens are prepared to completely rebuild the offense this offseason.

But that doesn’t mean they don’t plan to compete for a Super Bowl in 2019.

Coach John Harbaugh did a remarkable job last year completely changing the game plan when Joe Flacco went down with a hip injury in Week 9 and rookie Lamar Jackson took over.

The Ravens went from employing a traditional aerial attack to one revolving around an almost college-style offense centered on the run.

Questions immediately surfaced over whether that type of offense could be sustainable over the long term.

Jackson answered some of that uncertainty by leading the Ravens into the postseason, with the team winning six of their final seven games. However, the Ravens were shut down in the first round of the playoffs by the Chargers, who avenged an earlier loss by stacking the line and forcing Jackson to beat them through the air.

After the season, Harbaugh tapped Greg Roman to take over as the offensive coordinator for Marty Mornhinweg. Harbaugh is convinced that Roman is more suited to manage an RPO offense led by Jackson.

Now, Roman and his assistants are prepared to reshape the Ravens attack once again.

“I think we have run an offense here that has been kind of morphed over the years, and we really want to start fresh, start new, and from everything, from our language, from our formations, how we do everything, rebuild the thing from the ground up,” Roman said. “And that’s one angle. The other angle is, really, how do we want to move forward with Lamar Jackson? He’s a unique player with a unique skill set, so let’s build an offense that really accommodates that, as opposed to try to fit him into something that other people had once done.”

The Ravens are looking to build around Jackson because of his explosiveness. However, the coaches understand that he has to dramatically improve his passing skills this offseason.

Roman is confident Jackson will be able to develop, especially as a full participant in all of the upcoming OTAs and a three-day mandatory minicamp in June.

Roman outlined some of the areas Jackson needs to improve, mainly with his core fundamentals. He also needs to do better finding open receivers downfield and then accurately getting the ball to them.

Jackson, however, has other intangible qualities, such as speed and natural leadership, that can’t be taught. Roman is confident the young quarterback can become a top player if he continues to work hard.

“Moving forward, the consistent fundamentals are really going to take him to the next level, because he has all the ability in the world,” Roman said. “He has the right mindset – nothing fazes him either. He has all those intrinsic things. I think he’s one heck of a natural leader, too. But time on task fundamentally is really what’s going to bring him to the next level.”

Jackson has also exuded confidence this offseason and has brushed off the naysayers.

Nonetheless, he will clearly be the most scrutinized player on the roster for the foreseeable future. That’s par for the course as an NFL quarterback, as Flacco learned well.