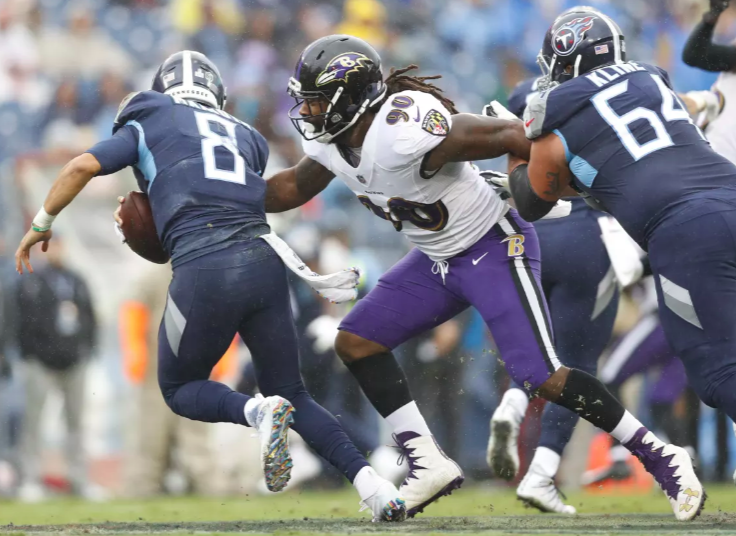 — As expected, Smith priced himself out of the Ravens market with a four-year deal worth $66 million, including a $20 million signing bonus, with the Packers. Eric DeCosta simply was not going to match that offer.

— While it’s an expensive deal for Green Bay, Smith is only 26 and hitting the prime of his career.

— Once again, though, the Ravens are going to have to replace his production. Smith led the team with 8.5 sacks last season. He also had a career-high 45 tackles, including 10 for a loss.

— The Ravens also lost linebacker Terrell Suggs, who had seven sacks in 2018. This moves signing a pass rusher to the top of the Ravens’ list of priorities.

— DeCosta will likely wait out the first wave of these massive contracts before making a move.

— Super Bowls are neither won nor lost in March.

Good for him. $20M signing bonus and $34.5M over the first two years, WOW!  He needs to buy his agent something really nice for working that deal, considering he is a player whose career high in sacks is 8.5 (last year). No way should the Ravens have come anywhere close to paying him that. And lets be real, every Ravens fan knew he wasn’t coming back.

Once again good for DeCosta for letting him walk and moving on.

Eric Decosta needs to be commended for not overpaying for any of these players. This free agency has been astonishing with the amount of cash that has been paid out.

Za’Darius was a valuable piece of the defense, but not worth as much as a guy like Von Miller or DeMarcus Lawrence.

Patience is key in free agency. There hasn’t been a team that has built an entire team through free agency and won it all. This has been a tough few days for Ravens fans, but long term I think we will be fine.

Another smart decision by DeCosta. Smith was a good role player in the Ravens defense but not a superstar. He’s only had 18.5 sacks in his entire four-year career. That’s not worth $16 million a year in my opinion.  Not to mention Smith was the beneficiary of a dynamite secondary. The last couple of seasons the pass rush has been dormant. It’s time for Tim Williams and Tyus Bowser to step up.

I’ve been firmly on team Za’Darius…until I started to hear rumors about him getting $15 million a year. He ended up even topping that and while he does give you inside/outside pass rushing presence, he doesn’t provide it at a $16.5 million per type of  level.

The Ravens now need a starter to bookend Matt Judon and hope for growth from Tyus Bowser and Tim Williams.