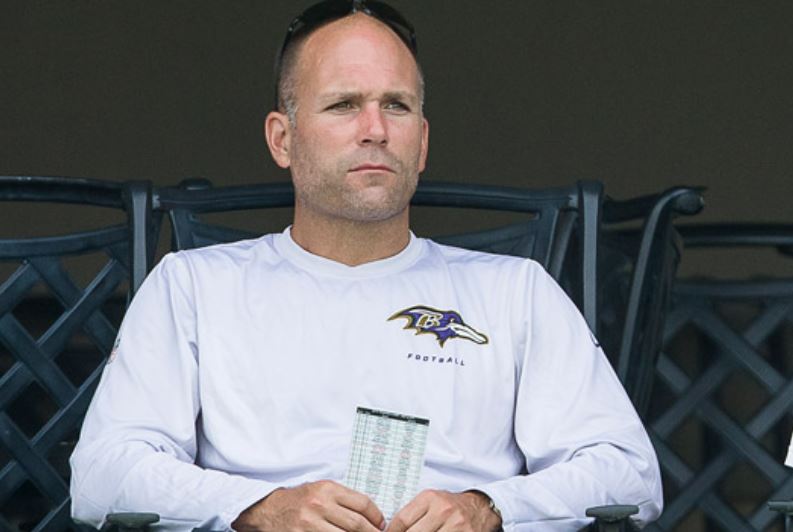 As the Baltimore Ravens traverse into a new era under new General Manager Eric DeCosta, one thing has become clear: he has a plan in place, and he doesn’t plan to deviate from it. DeCosta was faced with many tough decisions as the newly minted GM, from trading former franchise quarterback Joe Flacco to letting C.J. Mosley walk. No decision was easy, but they were decisions that needed to be made.

What DeCosta is doing is setting the franchise up for prosperity in the long run, rather than striking the team with cap poverty to hold on to the old in the short term. Mosley was a very solid player, but was he worth the deal he got? Was it worth holding onto a quarterback with a high cap number when Lamar Jackson was drafted the year before? Instead of investing gobs of cap space into these players, DeCosta decided to move forward with a plan to get younger, create a ton of future cap space, and build from there.

There has been much criticism of this from the masses. Many don’t believe Jackson has the goods to lead the team to wins, and many of those feel the defense got significantly worse with the losses of Terrell Suggs, Mosley, and Eric Weddle. The offense still sits in a position with a lack of playmakers at the wide receiver position, something that isn’t new for this organization.

What many people are failing to realize, however, is all of this is part of a longer-term plan to get better down the road, rather than attempting to scrape together a competitive team right now, and one that will have serious cap issues in both the near- and long-term.

As beloved as Ozzie Newsome was (and deservedly so) the last six seasons have been spent scraping along, restructuring deals, releasing vets, and making smart (but most times underwhelming) veteran signings to stay the course and remain competitive. This amounted to two 8-8, a 9-7, 5-11 and two 10-6 campaigns.

While always fighting for a playoff spot, the team was never really complete enough to make a serious run in the playoffs.

Now, with a quarterback on a rookie deal and a team devoid of saturated contracts, the Ravens are set up to fully build around the pieces currently in place, while giving pay days to those worth building around for the long haul. Players like Marlon Humphrey, Michael Pierce, Ronnie Stanley, Mark Andrews, Orlando Brown Jr, and Matthew Judon can now become vocal leaders on this team and get extended long-term down the road.

Whether Jackson becomes the quarterback they need or not, and whether the Ravens contend in 2019 or not, the overall outlook of the franchise is a positive one.

The Ravens can finally build through the draft and take a run at free agents and trades they feel will set the team up for a serious run over the next few seasons.

Unlike in the years following re-signing Flacco, there is cap space to spend – and spend it they will.