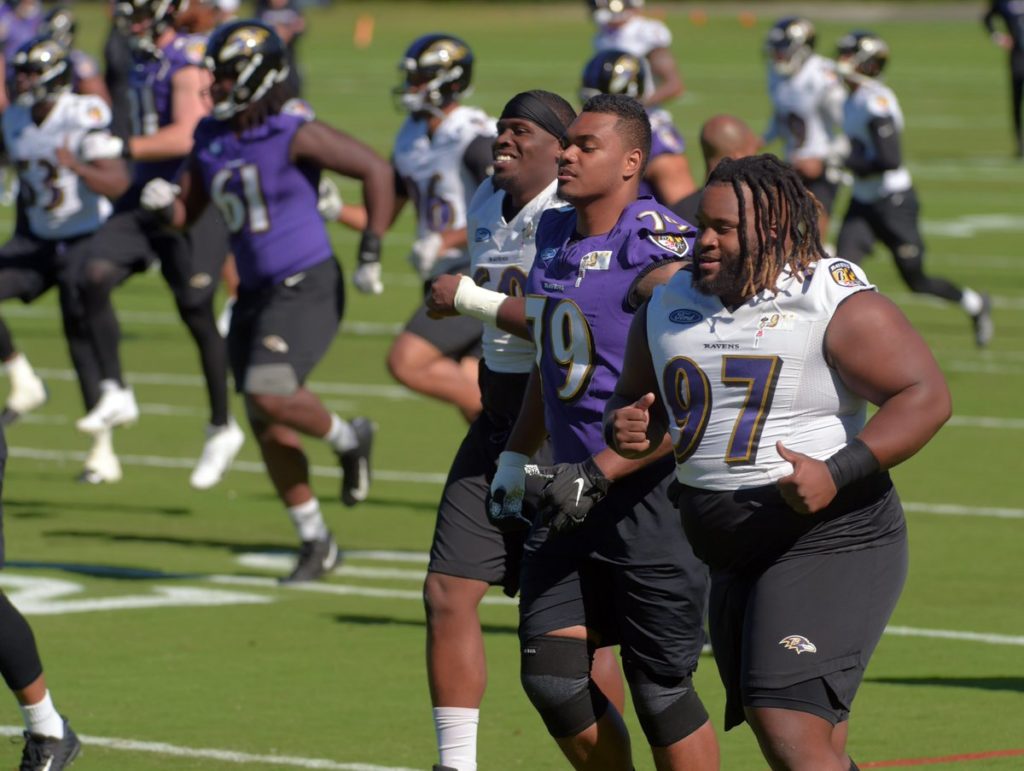 The trials and tribulations of the Denver Broncos are likely to capture the attention of RavensNation significantly more this coming season than in seasons past. The reason is obvious – Joseph Vincent Flacco.

Until Lamar Jackson proves himself to be a consistently reliable starting quarterback, Ravens fans will be torn by the departure of Joe Flacco. We’ve heard all the arguments for and against Joe’s exodus. But until things play out, one way or another, the debate will rage on.

But don’t count NFL Network’s Adam Rank as an analyst who believes in Flacco.

“[The Broncos] brought in a guy who makes Drew Bledsoe look like Randall Cunningham”, according to Rank.

Listen in to the rest…

Ravens Training Camp kicks off in full swing on July 25 at 8:45 AM at team headquarters in Owings Mills, MD. The Ravens have done a great job of making the practice fields more conducive to fans with expanded seating and an increased number of invites to PSL owners.

Yet it’s still not the same as those summer days and nights at McDaniel College. 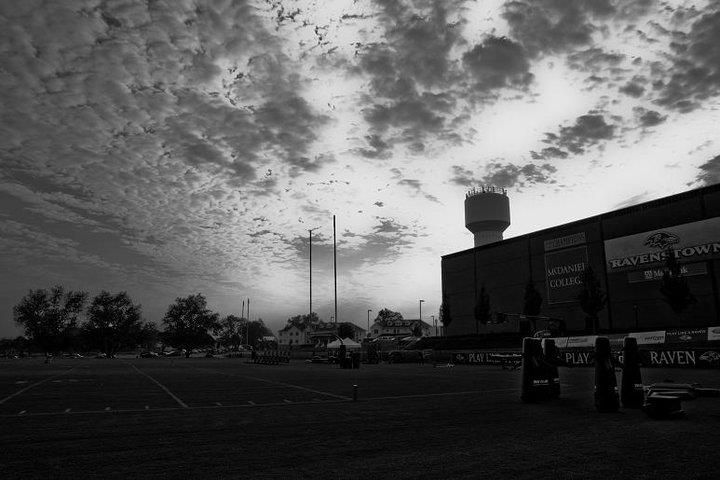 There was something very nostalgic about those trips along Route 140 and into the inviting arms of Westminster, Maryland. The old-fashioned family restaurant Baugher’s, the rolling hills and the rural setting served as a picturesque slice of Americana detached from the city’s hustle and bustle.

But the NFL’s newest collective bargaining agreement got in the way. Players now spend less time on and off the field during camp and clubs are forced to heighten efficiencies in order to be ready for Week 1 of the regular season.

In the end, technology and bureaucracy got in the way for fans. In exchange for creature comforts we sacrifice charm. Access is the collateral damage for thousands of fans who often looked forward to attending camp – a right of passage to September, to fall.

Recently one of our long-time message board (HKusp) members shared the following as it relates to training camp:

“I was living in Atlanta when the team moved here initially so I never had the opportunity to easily go to a Ravens camp. I was extremely excited when I moved back during the middle of the ’03 season to be able to see the team live so much easier.

That first training camp in ’04 at McDaniel was awesome for me. Two of my friends and I got a room and stayed over a night, to watch the practices. It was back in the days when they were in the center of the track and you were MUCH closer than towards the end of the McDaniel run.

One of the biggest memories for me was standing a few feet away from Ray Lewis and being in awe of him as he intently watched practice. Also seeing Zeus, JO and Jamal all standing next to each other and seeing how large those men were. I’m not small, 6’3 255lbs. Those guys were so thick. JO was massive!! Jamal had HUGE thighs, as big as most linemen.”

At least we all have our memories…

I’m not a fan of Manny Machado – haven’t been for a while. He’s arrogant, cocky, self-absorbed and carries an off-the-chart sense of entitlement. And despite his massive skill set, I’m glad he’s no longer an Oriole.

But for one moment in time, last night, we were able to acknowledge Manny’s contributions and remember the good times. And Orioles fans were up to the task, giving Manny a very classy standing ovation.

Fans looked at the big picture instead of the less than complimentary words from Machado while exiting Baltimore.

“The Dodgers last year, they showed me some love,” he says. “The Orioles drafted me. I did a lot for that community, I did a lot for the state, and they didn’t show me a little bit of love. It is what it is. But going over to L.A., L.A. giving up a lot of prospects for me, that kind of shows you what I meant to them, which is amazing.”

Maybe yesterday’s greeting will be a lesson for Manny. Maybe he’ll add something to his game that has been missing from jump street – namely CLASS. Time will tell. But I won’t be holding my breath.

And then of course there are yahoos like this…

As camp approaches we’ll be diving deep into positional battles. One of the more intriguing positions that will serve up a ton of competition is that of defensive tackle.

The anchor of the group is Brandon Williams. Rounding out this position of depth are the promising Willie Henry, the freakish Zach Sieler, potential 5th round steal, Daylon Mack, UDFA Gerald Willis and of course, Michael Pierce who is fielding offers from the Macy’s Thanksgiving Day Parade balloon organizers.

If the youngsters step up and Pierce doesn’t stay away from the Arby’s drive thru between now and July 24, the former Samford Bulldog could stay in John Harbaugh’s doghouse. And if that happens and the team parts ways with the behemoth interior defender, it could free up $3.095M in cap space that could be used to beef up other positional weaknesses.

Don’t be shocked if it happens.

Seeing several posts from various outlets about the best QBs by franchise/city. Johnny U is clearly the greatest Baltimore has ever had. But who is second, Joe Flacco or Bert Jones?

77.8% of voters responded that Flacco is Baltimore’s second best all-time QB. The results aren’t surprising, given recency bias and given the fact that most who participate on social media are generally too young to have witnessed the talents of the Ruston Rifle.

But the other 22.2% were right. Jones is the right choice.

I remember running into Lydell Mitchell and Franco Harris in Ybor City prior to Super Bowl XXXV. I introduced myself to Lydell, said that I was from Baltimore and was a big fan. The conversation gravitated to the topic of Bert. Lydell couldn’t say enough great things about the Baltimore Colts No. 2 overall pick out of LSU in 1973.

Lydell emphatically declared that Bert was John Elway before Elway. He was tough, smart, mobile and had a cannon for an arm. If you think Flacco has a good fastball, and he does, he couldn’t bring it like Jones.

Former teammate Bruce Laird once shared with me that during practice, if he got caught in coverage with his back to the quarterback (Jones), he still knew when the ball was in the air. Why? Because Bruce said he could hear it sizzling.

That said, fastballs don’t make the quarterback but those who have watched both players perform during their primes know that Bert was the superior player and it really isn’t even close.

I’ll leave you with these Bert Jones highlights…