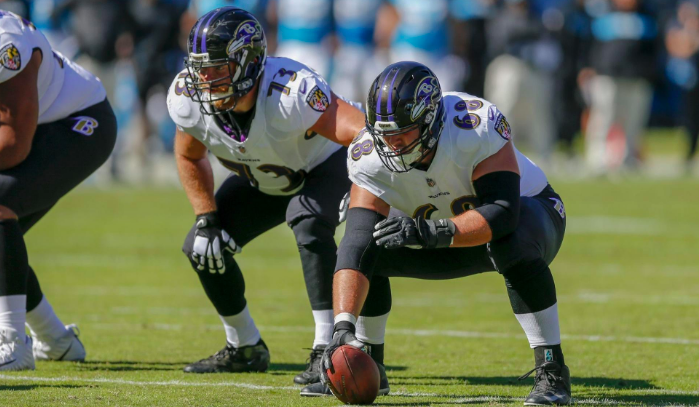 Ravens Offensive Line Could be Key

Much of the Ravens success this season could hinge on how well the team plays in the trenches, namely with the offensive line.

The Ravens have some solid experience with right guard and seven-time Pro Bowler Marshal Yanda, who was the highest-rated player at his position by Pro Football Focus, and left tackle Ronnie Stanley, a first-round selection (sixth overall) in the 2016 NFL Draft. Orlando Brown Jr. is looking to build off a solid rookie season where he took over the starting job at right tackle.

From there, though, the Ravens have some questions marks.

The team hopes Matt Skura can take the next step in his development and become a dominant center. He started all 16 games last season and played a key role in helping the team produce 2,441 yards rushing — second most in the NFL. It was also the second-most rushing yards in franchise single-season history.

“I think last year was huge for me, as far as being back at the center position and being able to play in all the snaps and getting to play in a playoff game,” he said. “I think that was huge for not only me, but the entire offense, getting that playoff experience. I really do feel a lot more comfortable, as far as the role I’m in now. I think things just go a little bit more slowly, as far as when a defense is bringing some crazy pressure, your mind is not going a million places.

“You know what you have to do, and you can kind keep your composure, as far as making sure the communication is good with the offensive line. I think also when we go and play at really loud stadiums and things of that nature, that’s going to be a huge advantage, because you’ve been in those situations before, you know what you need to do to execute, and you can really help the younger guys.”

The biggest question heading into training camp is at left guard. James Hurst, Jermaine Eluemunor and rookie Ben Powers will be fighting for that starting spot. Alex Lewis is also in the mix for playing time at that spot and at center, but he must prove he can stay healthy.

Second-player Bradley Bozeman showed flashes of solid play last season at left guard when James Hurst went down with an injury. He could also be in the mix this season, as well as challenge Skura for playing time at center.

The Ravens are looking forward to the competition throughout the upcoming training camp.

“I think that’s the way – I think that’s how football should be,” said offensive line coach Joe D’Alessandris about the competition at left guard. “I think, give everyone the chance. Between now and our opener, we don’t know what’s going to happen per player. So, let’s let each day take its course, and let’s see how each player plays. Usually, the cream surfaces to the top at the very end.” 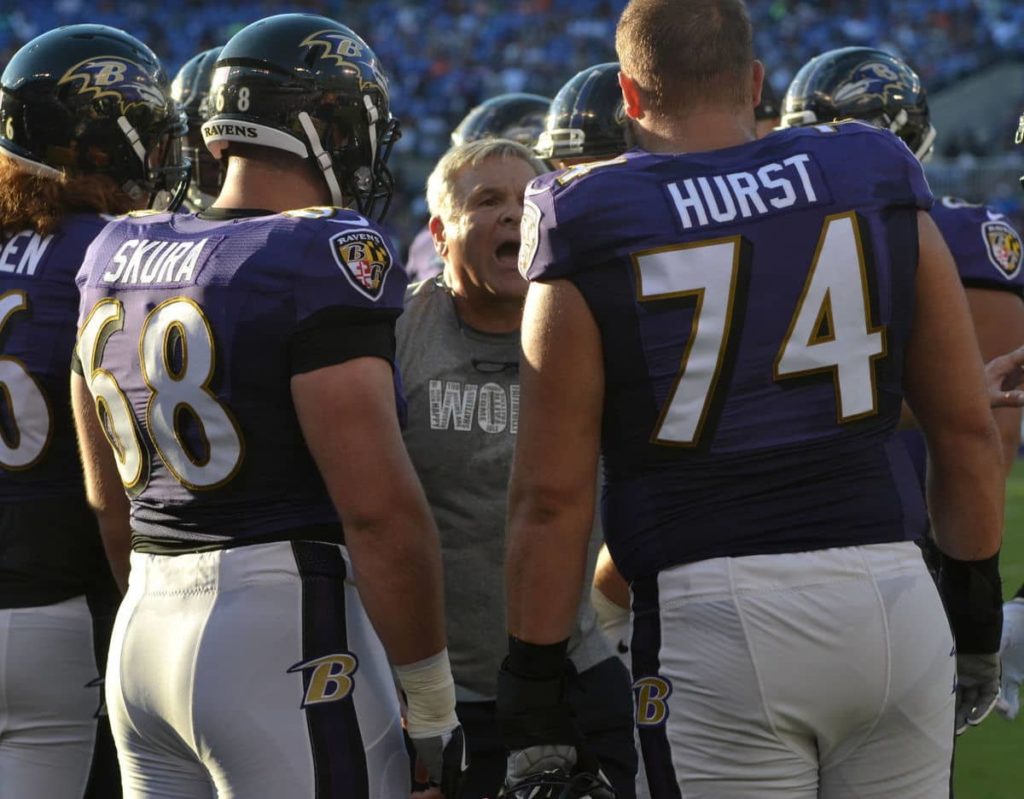 It’s no secret the Ravens want to run the ball behind quarterback Lamar Jackson. Veteran Mark Ingram, second-year player and leading rusher Gus Edwards and rookie Justice Hill will also get ample opportunities to make plays at running back. Kenneth Dixon, a fourth-round pick in the 2016 NFL Draft, is also determined to show he can be an impact player after an uneven career with the franchise.

However, much of their success could hinge on how well the offensive line can create running lanes. Offensive coordinator Greg Roman has shown he can create successful schemes but the players have to execute.

General manager Eric DeCosta is confident with the depth he has on the offensive line.

“We have some young guys we’re really excited about, some draft picks, some undrafted guys, that we think have a chance to really kind of ascend and become good players this year,” DeCosta said this offseason. “I think we have a good nucleus of younger players.”