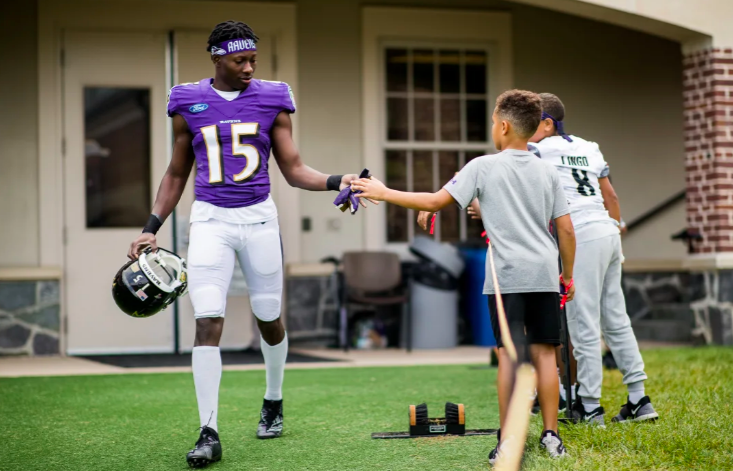 Green Bay Packers quarterback Aaron Rodgers is expected to play at least a series in the second preseason game against the Ravens.

This could be a quick but effective test for both teams.

The Ravens, who did not practice in pads Tuesday, were missing several key parts of their secondary Aug. 13, including cornerbacks Jimmy Smith, Tavon Young and Anthony Averett. A couple of other key players were also missing, most notably linebackers Matt Judon and Pernell McPhee.

The Ravens are not obligated to issue an injury report in the preseason and coach John Harbaugh declines to get into specifics.

“It’s varying things, varying guys,” Harbaugh said. “We gave Jimmy a rest. A couple of guys need to get tests. It’s really nothing to comment on. But when there is, you’ll be the second to know.”

The Ravens still have close to a month to prepare for the regular-season opener against the Miami Dolphins. It’s vital for any NFL team to stay healthy for a realistic shot at the playoffs.

As a result, the Ravens are likely just being careful with many of these absent players, especially the veterans who have a history of jumping through the hoops of training camp over their careers.

There are numerous rumors about Smith being on the trade block, but nothing has been substantiated. It’s unlikely the Ravens would part with any valuable player in the secondary, especially with so many questions still surrounding the pass rush.

Ravens quarterback Lamar Jackson will play “about the same” number of snaps (16) in the second preseason game against the Packers as he did against the Jaguars, according to Habraugh.

Marquise “Hollywood” Brown was back on the practice field Aug. 13 after missing the previous day, which raised concerns about his previous foot injury.

Initially, Brown stayed on the sideline holding his helmet but was eventually active in both individual and team drills. Even though Brown was not running at full speed, his quickness was still clearly evident.

“He looked great today, ” Harbaugh said. “It going to be like that. It’s going to be a process. We’ll see how it feels one day to the next. [The foot] is healing.”

Undrafted rookie Patrick Mekari is becoming one of the biggest surprises of training camp.

Mekari, a second-team All-Pac 12 offensive tackle at the University of California, Berkeley, has been mostly under the radar after missing most of the spring practices with a neck injury. However, he appears to be fully healthy and has made the most of the opportunity in recent weeks.

Mekari earned the attention of his coaches in the first preseason game against the Jaguars, showing his versatility by playing both guard and center.

“He had the back [injury] coming in to practice, so we have kind of been working him up to this,” Harbaugh said. “He played well in the game. He had a good practice yesterday. We’ll see what he can do. That’s our plan. That’s what we’re doing. That’s what training camp is for.”

James Hurst and fourth-round rookie Ben Powers are also vying for the starting spot. Hurst has rotated at several positions and Powers has taken reps mostly with the second team.

Left guard was expected to be one of the most heated battles over training camp and has lived up to the expectations.