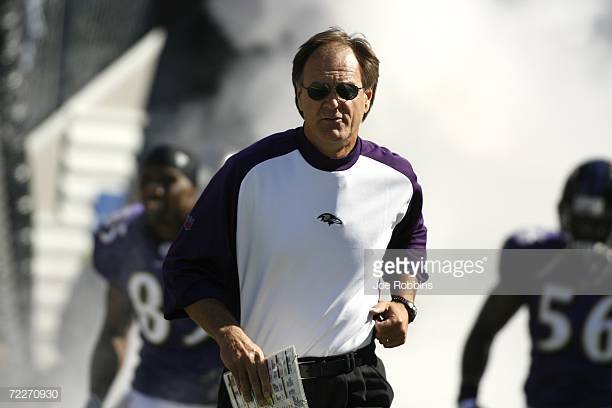 On Sunday, the Ravens will be honoring Brian Billick as he becomes the 11th member of the Baltimore Ravens to be inducted into the team’s Ring of Honor – the first since Ed Reed in 2015. Many have wondered why it has taken so long. Some have even openly suggested that Billick and team owner Steve Bisciotti were at odds since Billick’s firing on December 31, 2007.

Now, none of that matters. Time has healed all wounds, perceived or otherwise. And Billick’s name will be displayed beside the other Ravens who contributed so much to this great franchise.

I remember when the Ravens had decided to move on from Ted Marchibroda as the 1998 season grew to a close. Art Modell pegged the then Vikings offensive coordinator to be his new skipper. But he had competition. Once again, the Ravens, a team formerly known as the Cleveland Browns, would square off with the re-invented Cleveland Browns for a coveted prize.

Billick first interviewed with the Browns, but left without the job. Perhaps it was his brash, supremely self-confident demeanor that left Cleveland executive Carmen Policy underwhelmed.

Billick obviously didn’t mesh with the Browns’ brass. Maybe too many egos clashed. After all, how could one leave an interview with Billick and say “no” but turn around and say “yes” to former Jaguars offensive coordinator Chris Palmer. Palmer lasted two seasons in Cleveland where he went (5-27). Thanks Carmen…

But Billick clearly hit it off with Modell and the two shared a tremendous relationship characterized by mutual respect. Billick found a home where he was free to do his thing. He brought swagger and attitude to the Ravens. He helped shape the team’s sorely missing identity. More than anyone in the franchise’s history, Billick changed the club’s culture.

During his first season as the team’s head coach in 1999, Billick pushed the Ravens to a .500 record, the franchise’s first non-losing season, while flirting with a potential playoff berth. In his second season, as the team’s identity shaped, the playoffs would become a reality. The “P-Word” and Festivus Maximus were born. 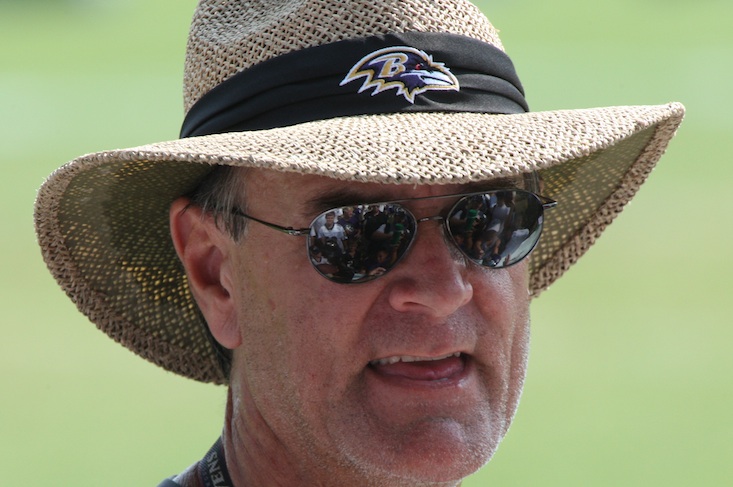 Billick carefully navigated the “P-Word” in 2000, until he felt the team was ready to embrace the reality that they were in fact, a playoff team. And once they punched their ticket to the postseason dance, Billick raised the bar. It was then time to think about a Super Bowl.

As much as it rubbed against the grain of his offensive roots, Billick realized that it was the team’s special defense that housed the club’s engine. Protect the football, control the clock, manage field position and let Ray Lewis & Co. do their thing. He embraced “the dark side” of defensive-minded football.

Things would never again approach the pinnacle that the Ravens discovered on January 28, 2001 while on Billick’s watch. But as much as anyone else, he helped to forge the franchise’s identity and create a winning culture.

“Right leader at the right time. [Brian] put the team on his back and provided purpose, singular vision and voice. I loved his competitiveness.” ~ Ravens GM Eric DeCosta on Brian Billick

I remember back in August 2005, a dear friend, Jimmy Bullington, had a terrible accident while helping a friend with an industrial-sized lawn-mowing job. Jimmy fell off a tractor and under the teeth of steel blades where he lost four toes, broke a leg that required 16 screws and suffered a significant cut that needed a skin graft. I talked about it on our radio show GAMETIME the week that it happened.

Hearing my description of the accident on the show, Billick reached out to me through the Ravens PR group to get Jimmy’s cell number. Billick called and left Jimmy a voice mail wishing him a speedy recovery.

That said something to me about Brian on multiple levels. And it made a lasting impression upon Jimmy who really needed the pick-me-up during a difficult time.

“Coach Billick is an iconic Raven. That’s just the way it is. He had tremendous success here. He was the guy that kind of framed the Ravens early on in the tenure of this franchise.” ~ John Harbaugh on Brian Billick

Things can and do change quickly in the NFL. Three seasons later, Billick was gone and with Brian some of the swagger left the building, the culture shifted a bit. The team’s identity was about to get a makeover.

Today we are 3 months shy of the 12 year anniversary of Billick’s dismissal. His inclusion in the Ring of Honor seems long overdue. But none of us should sweat the details as to why it has taken this long. Instead, let’s remember the good times and how one man changed the collective attitude of a franchise to one that expects to win, not one that hopes to.

Here’s to your special day Coach.

May it be all you’ve waited for.