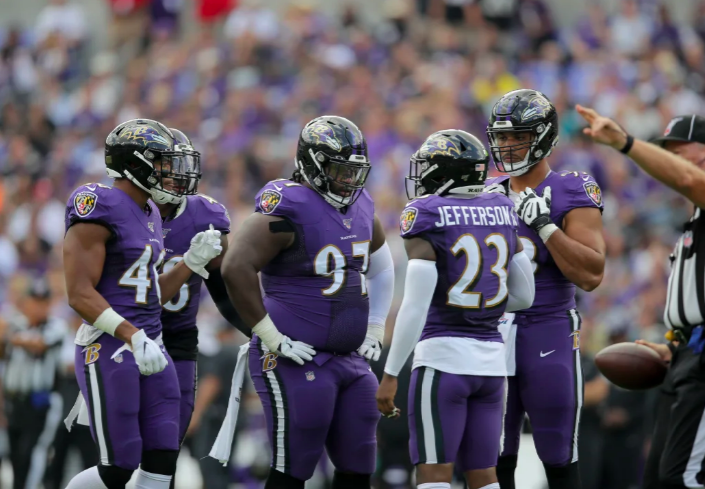 The Ravens were miffed about the Browns being regarded as the team to beat in the AFC North.

After all, the Ravens entered the season as the defending divisional champions and the players didn’t think they were getting enough respect.

Cleveland responded by completely humiliating the Ravens 45-20 at M&T Bank Stadium in Week 4.

It was the type of game that could send the teams in opposite directions.

Instead of the Ravens taking control of the division, the Browns have emerged as the team to beat.

“I have full confidence, and we all know we can play better,” safety Tony Jefferson said. “It is just a matter of going out and doing it at this point. I love my guys, I love my coaches, I love my staff, I love my team. Regardless of what everybody says, I know we are going to get hammered by it, but this locker room is fully confident. I love our guys, and that’s just how we are going to roll, just get better at it.”

Cleveland was essentially facing a must-win game in Baltimore. A loss would have dropped them to 1-3 with games against the 49ers, Seahawks and Patriots looming over the next three weeks.

The setback was not completely devastating to the Ravens, who can bounce back with games against the struggling Steelers and Bengals over the next two weeks. Victories would propel Baltimore to 4-2 and into a position to make a playoff run.

There isn’t much optimism after being dominated by the Browns.

The Ravens secondary is in complete disarray. The defensive backs are out of position and continuously miss tackles. The Ravens have now allowed plays of 50 yards or more in the past three games.

The secondary let receivers get behind them time and again. One week after allowing an 83-yard catch and run by Chiefs receiver receiver Mecole Hardman late in the second quarter, the Ravens let Jarvis Landry do the same for 65 yards.

“We just have to clean it up,” coach John Harbaugh said. “It’s as simple as that. When you have a gap control or a responsibility on a run play, you have to be there. When you have a coverage responsibility, you have to do it. That’s as simple as that. We’re not disciplined right now in that sense. [If] we don’t do our assignment like we’re supposed to too many times, it’s costing us big plays.”

The usually sturdy run defense allowed Nick Chubb to run for 165 yards with three touchdowns, including an 88-yard score, without Brandon Williams in the lineup because of a knee injury. Williams did play the previous week against Kansas City, when the Chiefs gashed the Ravens for 140 yards on the ground.

“Basically it comes down to everybody gelling,” defensive tackle Michael Pierce said. “We had a young guy in there; we did not set the edge. The guard pulled front side, double pull from the center. I have got to do a better job of penetrating and slowing them down across the edge.

“We have a group that is relatively young. We have got to do a better job of everyone being accountable to their gap. Effort can cover up those mistakes, and that is what you saw last year. We weren’t perfect, but we were the No. 1 defense. Everyone picked up the slack if someone was missing an assignment on the play – that is what we’ve got to get back to.”

Can these problems be fixed?

That’s what the Ravens need to figure out this week.

There will be a lot of soul-searching in Owings Mills.

But let’s face it, the Ravens lost too much talent on defense with the loss of C.J. Mosley, Za’Darius Smith and Terrell Suggs. No one has stepped up to fully embrace that leadership role. Safety Earl Thomas was supposed to be a huge upgrade over Eric Weddle, but he’s been underwhelming.

The Ravens would not openly say it, but this is a bit of a rebuilding year. The team will go into 2020 with its best salary cap situation in more than a decade with former quarterback Joe Flacco fully off the books.

This will give GM Eric DeCosta flexibility to fix some of the holes in the roster.

That’s why there was no way the Ravens were going to give up a first-round pick for Jalen Ramsey, especially if this turns out to be a losing season, which very well could be the case because of a tough schedule that includes games against the Patriots, Rams, Seahawks, Bills and Browns. Ramsey would vastly improve the secondary, but the Ravens run defense has also played poorly over the last two weeks.

DeCosta has walked a delicate balance of trying to maintain a contending team while building for the future.