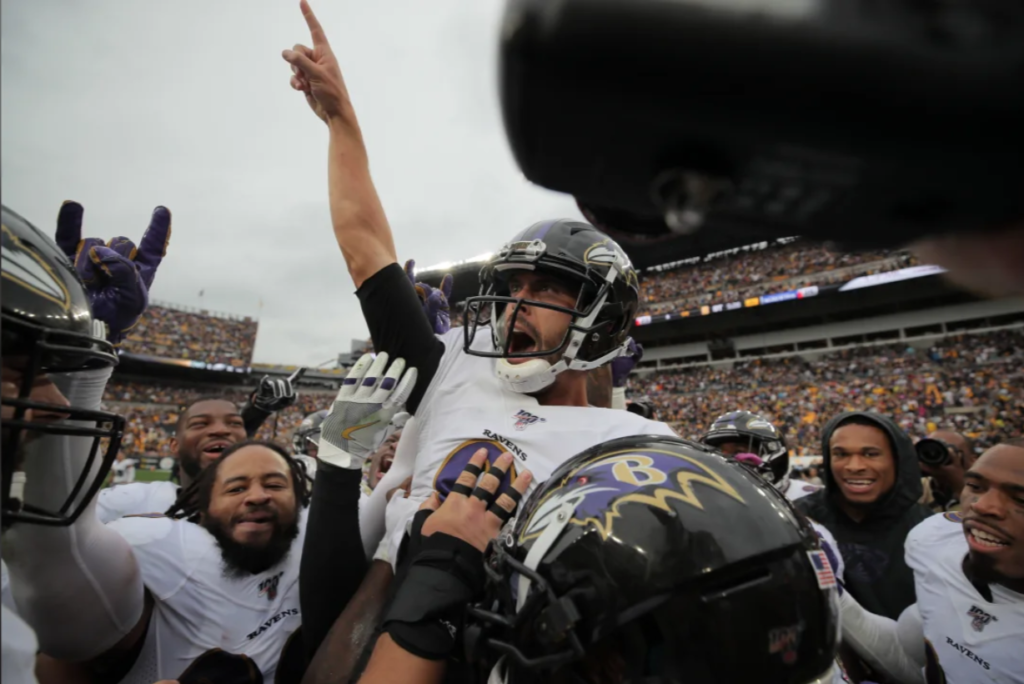 Bill Parcells used to say that you are what your record says you are. And for the Ravens it says that they are in first place in the AFC North – for the moment.

The team’s warts are obvious. They were rather apparent heading into the season. It was nearly universally accepted that the Ravens big question marks during the offseason were:

• Can Lamar take the next step towards being the team’s franchise QB?
• Can the Ravens interior offensive line hold up?
• Where will the pass rush come from?
• Do they have the talent and experience at inside linebacker?

So far, it’s safe to say that Lamar is progressing and the outlook appears bright. Jackson seems like a winner, accepts blame when it isn’t his and spreads credit when it is solely his to claim. He has the traits of a great leader and the drive to BE great.

That said, it appears as if Lamar is going through some kind of transition. He seems to be forcing the issue as it relates to becoming a pocket passer. He’s not. And that’s not his strength. The Ravens would be ill-advised to force Lamar’s unique talents into the box of a pocket passer. Let him be who he is. Don’t turn a thoroughbred into a mule. 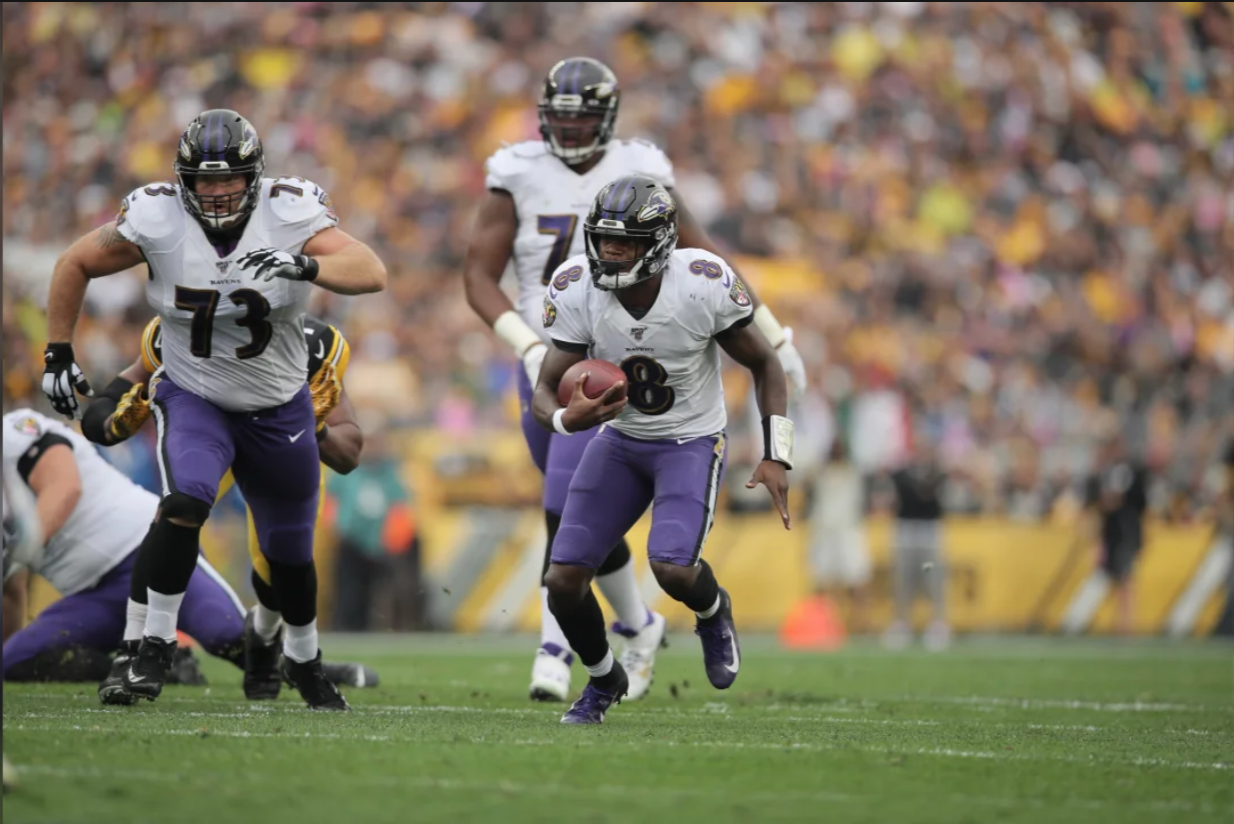 I get that you don’t want him to risk injury. But as we’ve seen in the NFL in 2019, the pocket is arguably as dangerous for a quarterback as any place on the field. Let him run. Encourage him to run. With his speed and sick change of direction skills, he can avoid injuries. Unleash the beast. Don’t force him against his innate instincts.

Besides, the Ravens offensive line isn’t exactly doing a spectacular job protecting Lamar. He’s been sacked 9 times over the past two games. Comparatively speaking, the Ravens defense has a TOTAL of 9 sacks on the season. Let’s talk about both…

Bradley Bozeman and Matt Skura aren’t nimble linemen and they struggle against opponents with superior athleticism. That was on full display against the Steelers’ Cam Heyward and Stephon Tuitt. Both are adequate but hardly solutions at left guard and center, respectively. The team did little in the offseason to salvage the position other than draft Ben Powers who has dressed for the Ravens as many times this season as anyone reading this article.

As for the pass rush, the Ravens lost Terrell Suggs and Za’Darius Smith this offseason. Together in 2019 the pair has registered 8 ½ sacks, one-half sack behind the Ravens AS A TEAM. The Ravens banked on the additions of Pernell McPhee and Shane Ray to provide a spark to the pass rush. They got it half right. The Ravens hoped that underwhelming prospects Tyus Bowser and Tim Williams would finally take steps forward. One remains in neutral, the other slipped off the 53-man roster and onto that of the Green Bay Packers.

During training camp and every day since, we’ve all wondered, “Where is the pass rush coming from?” Many thought that pressuring the quarterback would come from exotic packages courtesy of defensive coordinator Wink Martindale. But now, given the vast acreage behind the line of scrimmage and in front of the safeties, courtesy of inside linebackers who are regularly lost in space, Martindale seems a bit gun shy. He seems to be blitzing less frequently and when he does, it appears more predictable. The art of deception is gone. Now, the Ravens pass rush is like a playground attack.

You get the picture.

That’s why an undrafted free agent like Devlin Hodges, who had not thrown a regular season pass in his life before yesterday, can matriculate the ball down the field, complete 78% of his passes and run for another 20 yards, against a Ravens defense that is an absolute sieve. Such quarterbacks were once like a lost baby seal in shark invested waters. Today, the Ravens make these chicken dung quarterbacks look like a filet at Lib’s Grill.

We all hope that the Ravens win now. We want to see them succeed and we invest emotional energy and part of our lungs each Sunday rooting for a favorable outcome. That’s the short-term end game. But the long-term end game sometimes flies in the face of the results this Sunday and the next. One of the first things Eric DeCosta discussed during his introductory presser as GM was fiscal responsibility. He wants to manage the cap in a way that allows the team to keep players like Smith and C.J. Mosley or to go and get a player that might make an immediate difference.

He knew the team’s weaknesses. He knew about all of the aforementioned holes and tried to fill them with the resources available while shaping the cap moving forward. Yet he opted for the long approach knowing that his quarterback is operating under a rookie contract. Maybe all along he already knew that a trip to Miami in February would only be as a spectator, not a participant.

And if you’re smart, you’ll join me. It might help you navigate the short-term adversity a bit better if you understand the process.

Your lungs and your neighbors will thank you too.