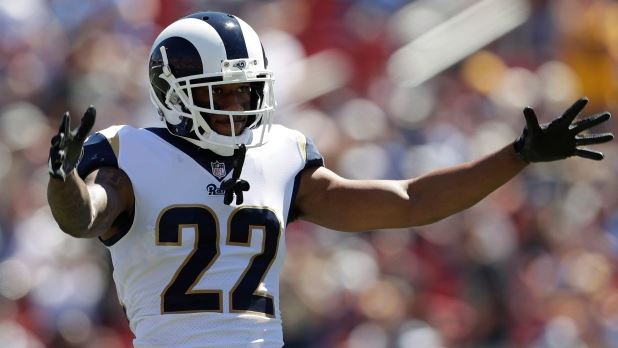 The Baltimore Ravens have acquired CB Marcus Peters from the Los Angeles Rams in exchange for LB Kenny Young and an undisclosed draft pick, pending the passing of player physicals.

[Related: See What RSR Message Board Members are Saying About the Trade]

Since he entered the NFL in 2015, Peters has produced an NFL-best 24 interceptions, four of which he returned for touchdowns (tied, CB Aqib Talib, for the NFL’s most). Peters’ 24 picks since 2015 are eight more than the second-best players (S Reggie Nelson and CB Darius Slay – 16).

In his rookie season (2015) while with Kansas City, Peters’ eight interceptions tied S Reggie Nelson for the NFL’s most.

This season, Peters has played in six games, producing 14 tackles, two interceptions (one returned for a touchdown) and four passes defensed.

Peters was originally selected by the Chiefs in the first round (18th overall) of the 2015 draft.