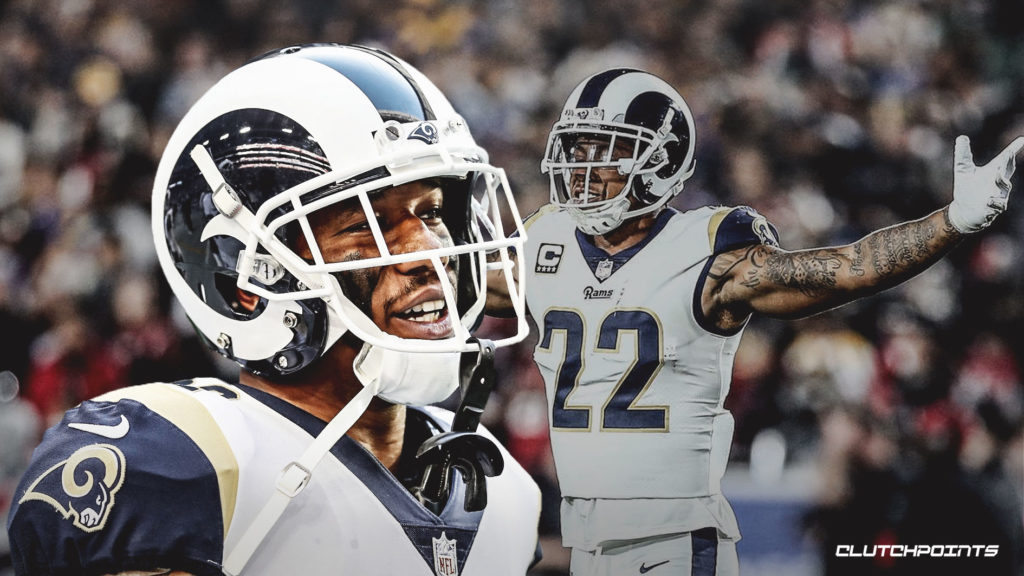 DeCosta Nails Another With the Trade for Marcus Peters

During the 2015 NFL Draft the Ravens had the 26th overall pick. High on their draft board was Marcus Peters and the team believed that given the Washington cornerback’s off-the-field issues, he could slide down the board to them. Some draft publications even believed that Peters could slide out of Round 1 altogether despite talent that suggested otherwise.

In 2011, Peters flunked a drug test and he was suspended by the Huskies multiple times for academic reasons, run-ins with the coaching staff and for missing multiple practices during his final season (2014) at Washington. The talented but troubled corner was ultimately dismissed by the team in November of 2014.

Despite it all, Peters’ skill set was too enticing and had he fallen to the Ravens, he would have traded his Huskies shade of purple for that of the Ravens. Obviously, it didn’t work out that way when the Kansas City Chiefs made Peters the 18th overall pick in the 2015 NFL Draft.

There’s an old saying in the league that one man’s treasure is another’s trash. Some may question why the defending NFC Champion Rams, who currently field the league’s 24th ranked defense in points allowed (25.7 PPG), would give up on a talent like Peters. Peters is best when asked to play press-man coverage and that often flies in the face of defensive coordinator Wade Phillips’ zone schemes. Plus, the Rams made a corresponding blockbuster move to acquire cornerback Jalen Ramsey from the Jaguars in exchange for the Rams No. 1 picks in 2020 and 2021 plus a fourth-round pick in 2021.

With Peters off the books and Aqib Talib coming off in 2020, the Rams are positioned to pay Ramsey. That said, the trade shifts all of the negotiating power to Ramsey’s camp. It should be interesting to watch that play out.

But back to the Ravens…

Peters paired with Marlon Humphrey should provide Wink Martindale with some luxuries he didn’t have before the trade. With Earl Thomas controlling center field Martindale might be able to dial up some blitz packages that can help offset the team’s inability to get to the quarterback with four rushers. What the Ravens do when Jimmy Smith returns remains to be seen. Peters’ skill set is more conducive to slot corner than Smith’s. Jimmy is more reliant upon the boundaries to enhance his game.

That said, the beefed up secondary will help the Ravens given the upcoming schedule when they’ll take on challenging signal callers such as Russell Wilson, Tom Brady and DeShaun Watson. And given Peters familiarity with the NFC West, he should provide help and additional intel when the Ravens take on the Seahawks, 49ers and of course Peters’ most recent former employer, the Los Angeles Rams. 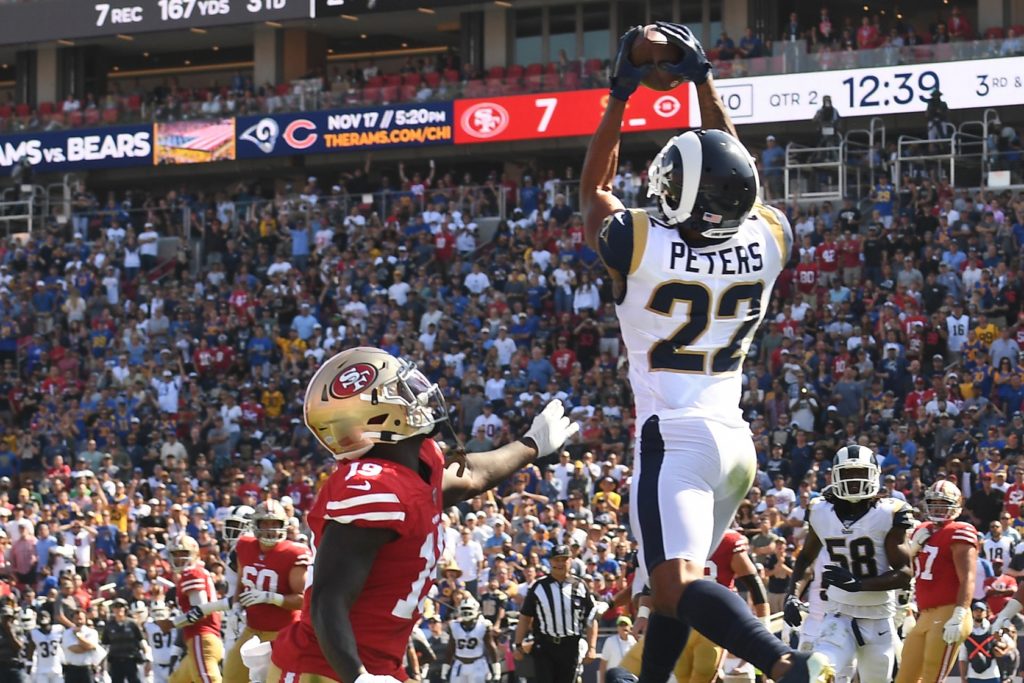 The trade for Peters may only result in a 10-game rental for the Ravens. Peters will be an unrestricted free agent in 2020 and he could command dollars in the open market that the Ravens are unwilling to provide. And if that is how it plays out, the Ravens don’t really lose all that much in the trade.

Departed linebacker Kenny Young is fast and makes some splash plays but he’s largely unreliable in coverage and has lost the trust of the coaching staff, hence is inactive status in recent games. The 2020 5th-round pick the Ravens gave up in the swap with the Rams is their own, but that is offset by the fifth they acquired when they traded kicker Kaare Vedvik to the Vikings. Plus, the lost pick will eventually be offset by a compensatory pick in 2021 should the Ravens lose Peters to free agency. The comp pick is expected to be no less than a fourth-rounder.

So, at worst, the Ravens essentially gave up a struggling second year linebacker for a two-time All Pro cornerback. The trade however, leaves the Ravens with just about $2M in remaining cap space which in all likelihood prevents them from acquiring any significant pass rusher. Perhaps they could swing a deal for the Jaguars’ Yannick Ngakoue. The Ravens could squeeze in his prorated $2.025M salary.

As for the long-term prospects for Marcus Peters in Baltimore, maybe they’ll sign him. Maybe they’ll tag him. Or maybe the 10-game rental will be enough for the Ravens and this ticking time bomb named Marcus.

But given the team’s multiple injuries in the secondary, no matter how you slice it, this trade is another masterful stroke from GM Eric DeCosta.

Marcus Peters g checkin fans 🤣
This is exactly how it should be pic.twitter.com/BD22876foV

I THINK WE AIN’T DONE YET 😈 pic.twitter.com/KLQK3GdryR