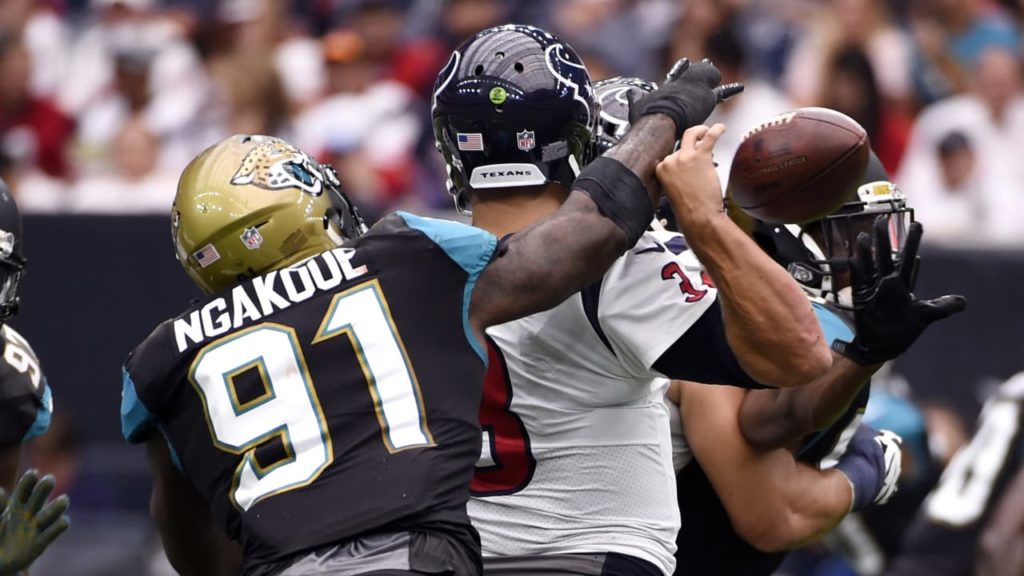 Soon after the Ravens made a splashy trade for cornerback Marcus Peters, I took to the numbers to see what the Ravens are playing with in terms of available cap space for an additional defensive move (I’m greedy, what can I say?). Baltimore is taking on approximately $5.9M ($5.868M if you want to be specific) for Peters, shedding $300k for Kenny Young, and currently sit right around $2M in cap space.

With right around $2M in available cap space, it only makes sense that the Ravens are out of moves prior to the trade deadline and this will be the 53 we move forward with, right?

One player that many Ravens fans coveted during the offseason was former Maryland Terp, Yannick Ngakoue. Yes, there is the ‘bring him home!’ angle that fans love so much, but quite honestly? He’s a great pass rusher and fits a massive hole in the Ravens defense that would help make this front seven truly formidable moving forward.

I don’t think I really need to break down Yannick as a player but I’ll mention his 31.5 career sacks in three-plus seasons, that he has never missed a game, and that he’s playing just a shade under 80% of defensive snaps for the Jags this year. I would be remiss if I didn’t say that his sack totals are down this year – just two sacks through five games, pacing him for seven in a season- but with the addition of Peters opposite Marlon Humphrey and Earl Thomas lurking downfield, I believe we’ll see QBs holding onto the ball longer, giving Ngakoue more time to get home and wreak havoc.

Realistically, can we fit him under the cap?

Yannick’s current cap hit to a new team looks to be right around $1.31M ($2.025 base divided over 17 weeks with 11 weeks remaining). This leaves the Ravens with roughly $700k post-trade, but perhaps moving a player paired with a pick would open up slightly more for the emergency fund.

But what should a trade with the Jags look like to acquire the stud pass rusher?

There are two options in my mind: player and a pick, or draft capital alone.

In the realm of player and a pick, I keep coming back to Hayden Hurst. The Jaguars could use another offensive weapon, and Hurst would give them a cheap starting Tight End for three+ years. My issue here is simply that the Ravens run their three tight ends out there quite a bit, and Hurst carries value for this offense; however, if the Ravens want to improve the defense by adding Yannick then you need to make concessions elsewhere. The other caveat here is that I would not be offering as high of a pick if I included Hurst as a package.

The other option of strictly draft capital can go a few different ways. The Ravens could look at giving the Jaguars a single high pick in 2020, or spread the love over a few picks in 2020, or push into 2021. The one thing I would suggest here is that a cut needs to be made for a corresponding move – Justin Bethel saves the Ravens $1.5M if released, and works in our favor regarding the comp pick formula for 2020 as well. That’s my move.

Personally, the highest I go is a 2020 2nd-Round pick. The Jags can beg for a 1st all day, but Ngakoue is not at the level of big time pass rushers just yet, and only has 11 games left on his current deal. The team that acquires him is not getting multiple years of service like the Rams got in Jalen Ramsey, so I’d look at this as my max.

Oh, and one more note: Yannick Ngakoue wears 91 with the Jaguars. The number is currently unoccupied in Baltimore.