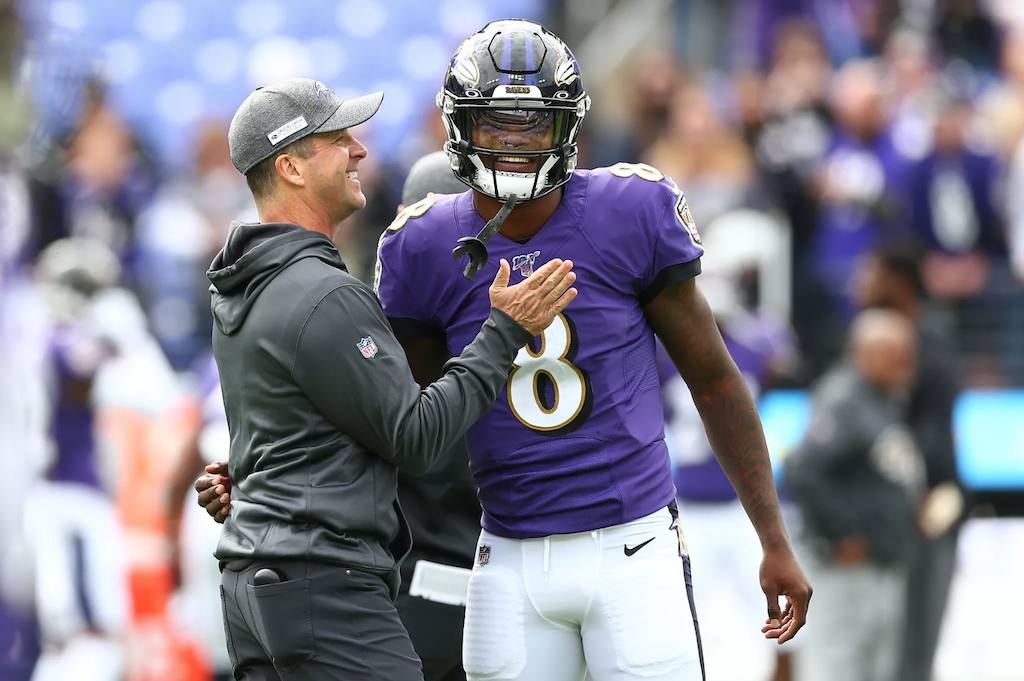 It’s hard NOT to hear that name if you dial into ESPN, NFL Network or NFL Radio. And of course, the local coverage of Lamar Jackson is insane! The Ravens shield has been altered and shared on all social media platforms. Perhaps the State should consider a similar alteration. 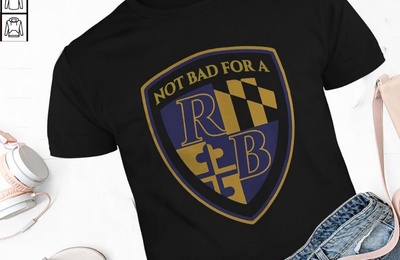 Never have we seen this much excitement about the Ravens during the regular season. When the Ravens have been good, their success has almost always been built upon the foundation of defense. And defense doesn’t sell. It isn’t sexy. It isn’t as shareable on social media.

But offense is sexy and sex sells to the masses, and that includes fantasy footballers and gamblers. And at the moment, there isn’t a sexier, more exciting football player on the planet than Lamar. Some have even taken to calling him Houdini.

Just mention his first name and immediately everyone knows who you’re talking about. It’s akin to saying, “LeBron”. Only Lamar is infinitely more likeable.

He’s a leader. His teammates love him. Players outside the organization want to be his teammate. Just ask newly signed Domata Peko.

Lamar isn’t fazed by the attention. He doesn’t care about stats. The accolades don’t affect him. The awards don’t impress him much. Thoughts of the Pro Bowl or MVP don’t enter his mind. And on the national stage of Sunday Night Football against the defending World Champions, it was as if he was competing on a schoolyard back in Pompano Beach. He hardly looked intimidated, but he did look like he was having fun.

As a result, Baltimore is having fun. This season has been a blast and that’s oftentimes the byproduct of a team exceeding expectations. And so far, that’s exactly what the 2019 Baltimore Ravens have done and no one individual has shattered the modest expectations more than Lamar.

We saw improvement during training camp and the preseason. But there were some practices when media members turned to each other with a bewildered WTF look written across their faces. But Lamar kept working under the guidance of QB Coach James Urban and Offensive Coordinator Greg Roman. Urban refined his technique while Roman schemed to place Lamar’s uncommon skills in places to succeed.

And they all keep on working – they keep seeking out ways to improve. They don’t gloat about the Houdini act but instead look at the plays that didn’t go as expected and then invest more sweat equity and time on the field to fix the flaws. Lamar is a guy who expects the completions but frets the passes that hit the ground. Only two passes connected with the turf of Paul Brown Stadium on Sunday, and one was a spike to kill the clock.

Lamar’s skills as a passer have improved markedly. He may never spin it like Joe Flacco, Patrick Mahomes or Aaron Rodgers, but the production per attempt has risen by nearly 13%. His ball placement has improved as well, giving receivers an opportunity to add yards after the catch.

Will never get tired of seeing @Ravens @Lj_era8 make perfect throws. Every ball was perfectly on the money. He can pass, he can run, how do you stop him? Give this guy every award there is right now! #RavensFlock #baldysbreakdowns pic.twitter.com/kDMBynY99b

Lamar just keeps on working. He’s even improved as a runner. His yards per carry have climbed nearly 2 yards – just over 40%. And the fumbling that plagued him in 2018 has dropped dramatically. Through 7 games last season he had 10 fumbles. Through 9 games in 2019, he’s fumbled four times.

He just keeps chopping. There’s a singularity to his focus.

He just wants to win.

“You know how many little kids in this country are gonna be wearing number 8 playing quarterback for the next 20 years?”

This interaction between John Harbaugh and Lamar Jackson is everything 👏 (via @Ravens) pic.twitter.com/e75Tf2iLQZ

I’m sure that not many of you expected the Ravens to compete for a Super Bowl berth in 2019. I certainly didn’t. I did predict an 11-5 season and measurable improvement for Lamar, but this?

Never thought it was possible.

There’s still a long way to go. The matchup against the Texans this weekend is arguably the toughest battle left on the schedule. Where it all goes from here remains to be seen. Yet we all eagerly look forward to the ride. But even if a trip to Miami isn’t in the cards for the Ravens, 2019 has been a great building block for the franchise.

Besides Lamar’s growth and his insatiable appetite to improve, Eric DeCosta has already proven to be a shrewd GM. He has plenty of draft capital for 2020. The team’s cap checkbook will be as healthy as it’s been in many years. Is there any doubt that the Ravens will be even better next season?

Without question the networks will battle to feature the Ravens in primetime games in 2020. And that will attract a new following. It will expand the Ravens fan base outside of the boundaries that have blocked them in for years. And Lamar has been the enabler of such possibilities.

During that sideline conversation with John Harbaugh in Cincinnati, Harbs asked Lamar, “You know how many little kids in this country are gonna be wearing number 8 playing quarterback for the next 20 years?”

“I can’t wait to see it when I get older. But right now, I gotta get to the Super Bowl.”

No one can deny Lamar’s talents. But it’s his selflessness, diligence and aspiration to be great AND to do what is best for the team, that makes him something special.

His uncommon humility doesn’t mean he thinks less of himself, he just thinks of himself less.

And therein, lies a message for all of us.