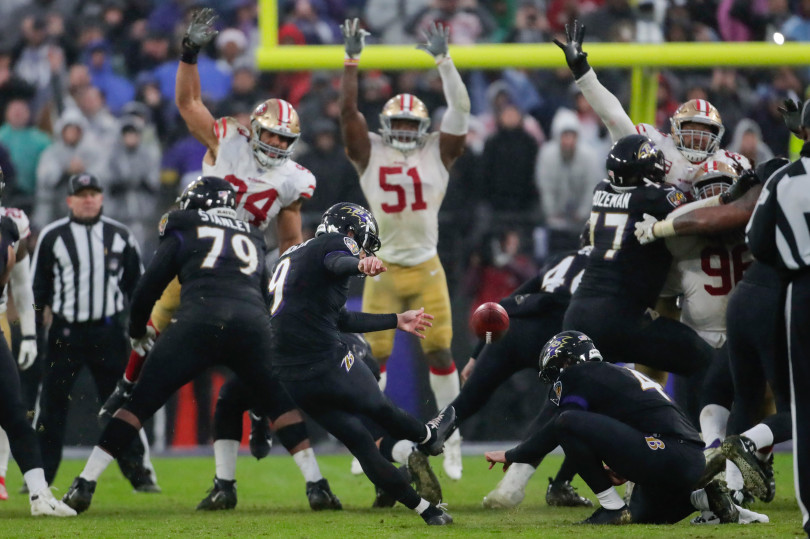 There’s a segment that kicks off the weekly Showtime program Inside the NFL called “What did we learn?” It’s an opportunity for each of the panelists, Ray Lewis, Brandon Marshall and Phil Simms to reflect back upon the past week’s events in the National Football League. Today, I’ll use that format to reflect back upon the Ravens 20-17 win against the 49ers.

• Good teams find a way to win when they aren’t at their best. The Ravens did exactly that against a very good football team. The Niners are fast, physical and well-coached. This was a very big win!

• The Ravens are the No. 1 seed in the AFC. The road to Miami in Super Bowl 54 for the moment, runs through The Bank. It’s now up to John Harbaugh & Co. to maintain serve. The last time Baltimore hosted a championship game was January 3, 1971. It was the very first AFCC after the merger. The Colts beat the Oakland Raiders 27-17 at old Memorial Stadium. Forty-nine years is a long time. Championship Sunday is January 19, 2020.

• Baltimore has now scored 49 total touchdowns in 2019, setting a new single-season franchise record. The previous best was 47 TDs from the 2009 campaign.

• Greg Roman’s unit does not consist of mudders. The sloppy track at The Bank proved to be a speed neutralizer and it clearly affected Lamar Jackson’s ability to throw the football. He had a couple of nice tosses but generally speaking he was off the mark and forced his receivers to make tough catches in conditions that weren’t conducive to such accomplishments.

• The Ravens were gashed by the 49ers’ perimeter running game. The inside backers were slow in pursuit and too often caught up in the wash provided by San Francisco’s well-schemed stretch runs.

• The Ravens defense looked tired. The tackling was atrocious particularly in the secondary. The west coast to east coast advantage usually enjoyed by the host team was negated by the Ravens west to east trip following their Monday night win in Los Angeles. It was an unusual week for the team.

• Chris Moore can still make contributions on teams as evidenced by the incredibly athletic play he made to pin the Niners at their own 1-yard line with 1:43 left in the third quarter. It was a huge shift in field position and a major exclamation point to finish Sam Koch’s 62-yard punt.

• Nick Bosa and Arik Armstead came into the game with a combined 18 sacks. Neither registered a sack or QB hit against the Ravens and that’s a testament to the play of the offensive line. Perhaps the team’s most underrated coach is O-line skipper Joe D’Alessandris.

• Justin Tucker has now produced 15-career game-winning kicks. Sunday’s 49-yard clinching FG marked his second game-winner of the season (46-yarder in OT at Pittsburgh). Nice to see Tuck come through so strong in the clutch. He seemed to be slightly off his game a bit as of late. That’s how spoiled we’ve become given his remarkable consistency. But he’s a difference maker that no other team can match. 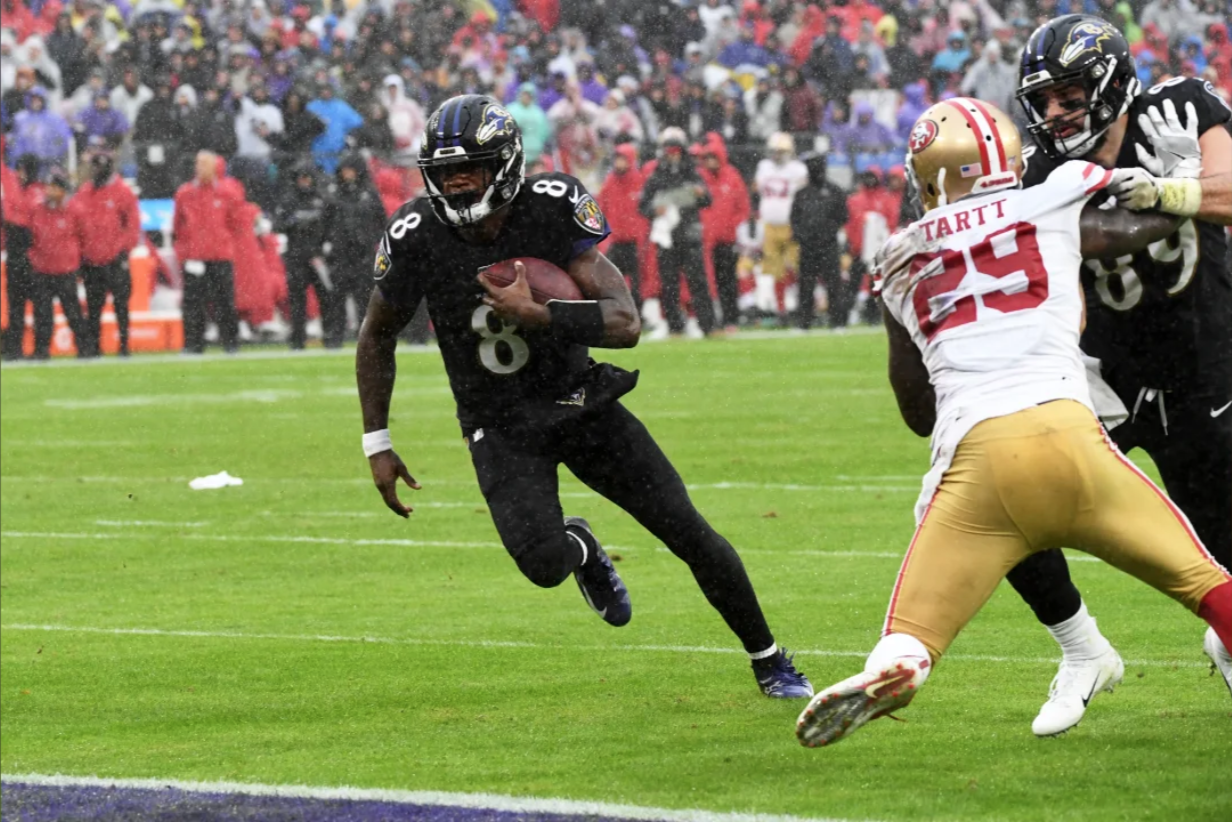 • Some questioned the Ravens’ handling of the clock during the game’s waning moments. Count me among those who thought it was handled perfectly. The ball was slick and Lamar struggled with accuracy. Why risk stopping the clock? The Niners were stacking the box with 10 defenders and they could have produced run tackles for loss which would have made Tuck’s FGA even more daunting.

• Many are talking about a rematch of the Ravens and 49ers in Super Bowl 54. It’s possible but the Niners have a very tough stretch and could even be a wild card team with a 13-3 record. They have two more difficult road trips remaining on their schedule in the form of the Saints and Seahawks.

The Ravens are now on to Buffalo. Currently they are listed as 6-point favorites and game time temps are expected to be around 44 degrees with a 25% chance of precip.

The Patriots host the Chiefs and they are currently 3 ½ point favorites. It’s a 4:25 kickoff and is likely to be CBS’ featured game with Jim Nantz and Tony Romo.

I suppose that’s enough learning for now. Hope to see you folks in OCMD at The Original Greene Turtle tonight but if you can’t make it, you can watch it live HERE beginning at 6PM.