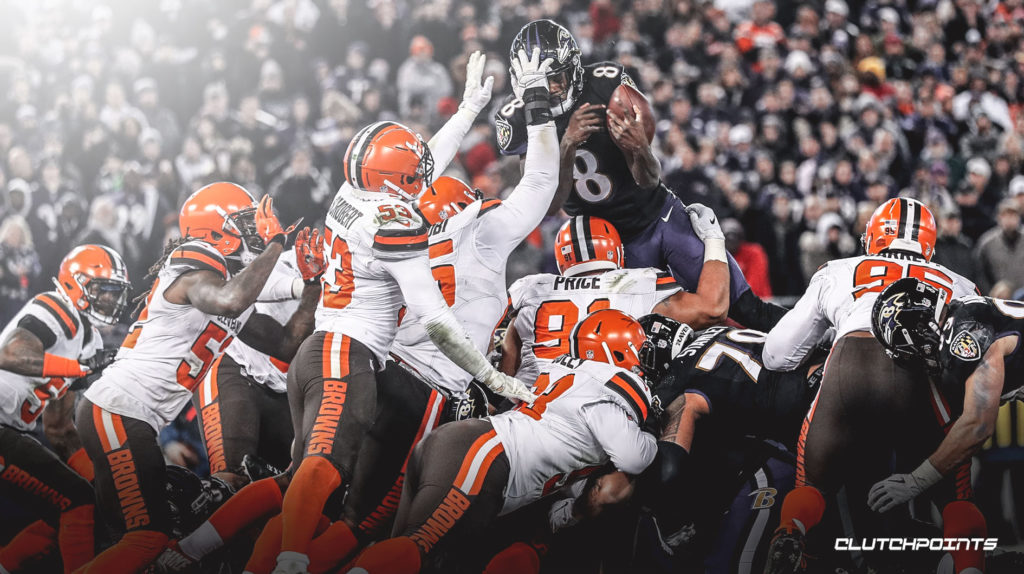 The Ravens vs Browns odds at sportsbettingdime.com show that Baltimore opened as a 10-point road favorite and have maintained that status throughout the week. While it’s not common to see road teams laying double-digit points in the NFL – just last week, the Patriots were only 9.5-point favorites at the 1-13 Bengals – the current point spread is not outlandish when you look at the context of the game as a whole.

Now that the 2019 regular season is almost at a close, it’s a fun exercise to look back at some of the early-season results for anomalies. One of the scores that immediately stands out is the underachieving Browns absolutely waxing the juggernaut Ravens, 40-25, in Baltimore in Week 4.

That game will, in all likelihood, go down as the best game the Browns played this year and by far the worst one the Ravens played.

So, not only does John Harbaugh’s team have a chance to render Week 17 meaningless from a playoff perspective this Sunday, it can also get back at the Browns team that embarrassed it at home. 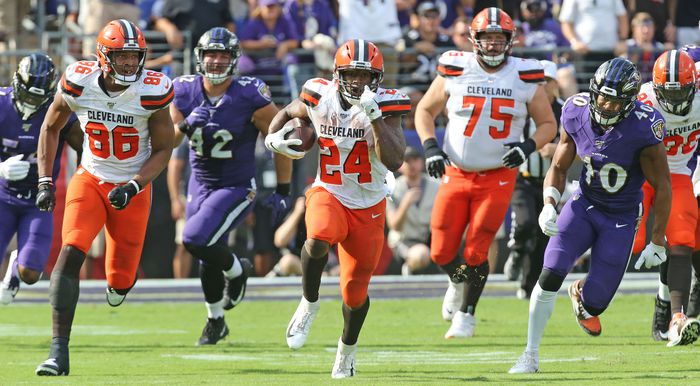 Baltimore is the Class of an Underwhelming League

It’s pretty clear that the Week 4 setback galvanized this Baltimore roster. They have won ten straight games since, mostly in dominant fashion. The Ravens now own the best record in the NFL, the best point differential in the league, and the most-efficient offense (by a mile).

But what truly separates this Ravens team from the rest of the NFL is balance. They are the only team that’s top-five in both offensive and defensive efficiency.

Their total DVOA at footballoutsiders.com sits at 40.8%. The Patriots are a distant second at 33.3%. No NFL team has finished the year over 40% since the 2013 Seahawks.

Cleveland Is (Mostly) a Disaster

As long as Baltimore doesn’t fall asleep at the wheel, it should be the far better team on Sunday. The Browns have lost two of their last three and had to fight tooth-and-nail to beat the basement-dwelling Bengals in Week 14.

Last week, their suspect defense was torched for 38 points by an Arizona team that had only scored 24 points combined in its previous two outings. Arizona ran all over the Browns to the tune of 226 yards on 35 carries (6.5 YPC).

Now that same Cleveland defense – one that continues to be without its best player in the form of suspended Miles Garrett – has to face a Ravens run game that’s averaging 202.1 yards per game, 53 yards more than any other team in the NFL.

Browns Will Try to Shorten the Game

The Browns earned their Week 4 win on the strength of their own unstoppable (on that day) run game. Nick Chubb went off for 165 yards and three touchdowns, including an 88-yard score that all but iced the game in the fourth quarter.

Cleveland’s run game has been solid, on the whole. It ranks sixth in efficiency and can take over games at times. If Freddie Kitchens is smart, he will keep feeding Chubb over and over and over. Not only will that give Cleveland the best chance to move the ball sustainably, it will also keep MVP-favorite Lamar Jackson off the field. The fewer possessions this game has, the better chance Cleveland has to pull off an upset.

But the Browns have another problem on that front: Freddie Kitchens doesn’t appear to be smart. The Browns’ run game averages 5.0 yards per carry (second only to Baltimore) yet Kitchens and OC Todd Monken have the team sitting 15th in rushing attempts.

They continue to put the ball in QB Baker Mayfield’s hands, even though the second-year QB has significantly regressed from his encouraging rookie season.

Whether to take Baltimore or Cleveland against the spread really does come down to how much you trust Kitchens to craft a smart game plan. If he commits to running the ball and shortening the game, ten points is far too many to lay in a road game against a talented (if underperforming) divisional opponent.

But if you think Kitchens and Monken will continue to let Mayfield throw the ball around the yard, the turnover-prone Browns are likely to be victimized by Baltimore’s elite secondary. And divisional game or not, giving this Baltimore team extra possessions is a sure-fire recipe for getting blown out.