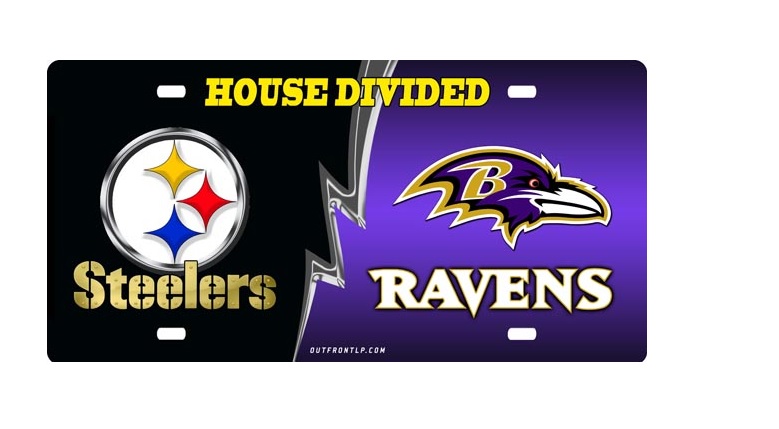 Growing up just three miles over the Pennsylvania border, I knew a thing or two about sports rivalries. About half my high school was Ravens fans, the other half Steelers (with a few Eagles fans mixed in for good measure). You wore your heart on your sleeve, ragged on the other team and hoped like hell your team came out on top; if not, you were gonna hear all about it on Monday. It was great, it built friendships, strengthened bonds, and built a community within the school.

That was eight years ago now, and as strong as those rivalries were, they pale in comparison to the rivalries I have now. You see I’ve long since moved away from the small-town life of Hanover, Pennsylvania. I joined the military just before my nineteenth birthday, and have since moved all over, meeting fans of every team as I go.

I’ve broken bread and sweated it out in the desert with Bungles supporters, Cowgirls fanatics, and even fans of Tom Brady and his merry band of Cheatriots (although they’ll swear up and down their rings don’t carry an asterisk despite plenty of evidence to the contrary).

Still, these rivalries pale in comparison to the one I come home to (almost) every day.

That’s because seven years ago I committed the biggest mortal sin a Ravens fan can make and, gulp, married a Steelers fan. Yup, me, the guy who hasn’t missed a game in almost 12 years, despite many close calls, a little luck, and a many 0215 wak-eup calls to watch the games in Germany and Qatar. The guy that got to the passenger terminal in a military airport hours early en route to his first deployment, just to watch the Patriots knock off the Ravens in the playoffs on a tiny TV in the upper corner of the room (the year they deflated all the footballs, if anyone was wondering).

And the crazy thing is, I wouldn’t change it for the world. Not just because this Steelers fan is an incredible wife and amazing mother (although both are true), but because of what the rivalry provides. Yes, I’m sure it’d be neat to sit on the couch and watch our team win the Super Bowl together, but it’s even better sitting on that couch twice a year and watching the Ravens face off against the Steelers with her. It’s even better when we’re blessed with a third matchup in the playoffs.

And it’s an added bonus knowing that I get to watch Lamar run and throw all over what’s left of the vaunted “Steel Curtain” for years to come.

But the best thing is knowing that no matter where the Air Force sends us, the rivalry will follow, providing us that feeling of home we both grew up around (veterans feel free to make all your digs on the Chair Force and Qatar “deployments” at this point). That’s just what sports do, they bring together communities, break our hearts, and form unbreakable bonds and lifelong friendships.

And hey, if I ever need that companionship of rooting for the same team, I made being an Orioles fan a prerequisite for our marriage…a man can only take so much.

Do you live in a house divided? Tell us about it below!