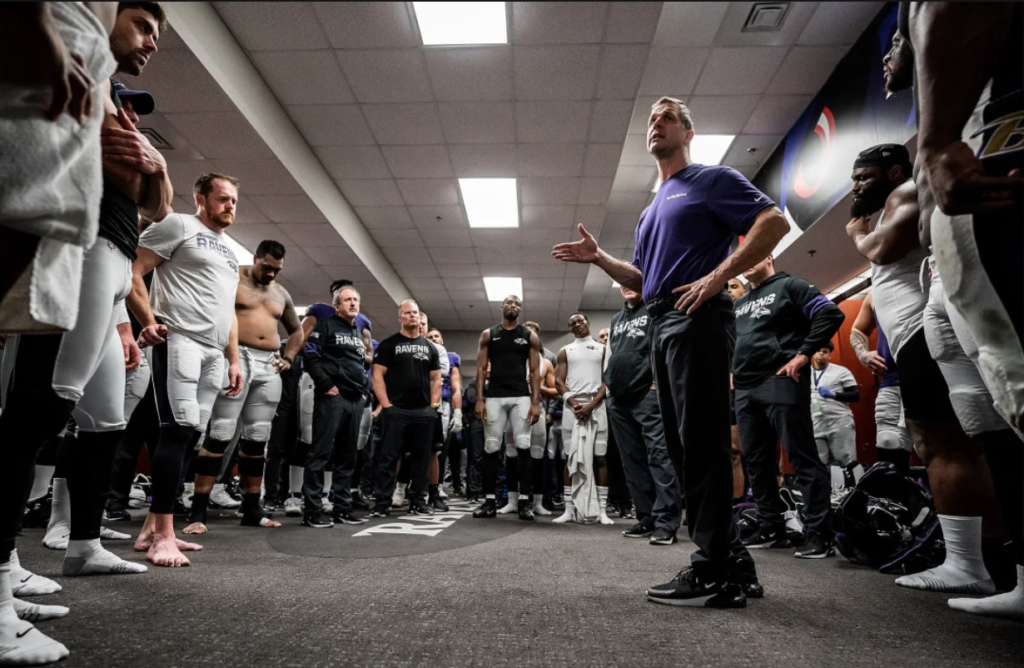 It probably wasn’t easy for the Ravens players and coaches to watch the NFL championship games on Sunday.

Those matchups certainly weren’t easy for many fans, who were looking forward to one more Sunday at M&T Bank Stadium.

My social media feeds were filled with Ravens fans still disappointed by the 28-12 upset loss to Tennessee. The Titans had some of that success in the first quarter against the Chiefs before Patrick Mahomes took over the game and led Kansas City to a 35-24 victory.

John Harbaugh admitted it was a tough week in Owings Mills following another one-and-done appearance in the postseason. When he finally met with the media six days after the loss to the Titans, Harbaugh was fully prepared for the second-guessing and questions following the Ravens performance.

“We’re calling the game plan to win, so if you want to point the finger, because that’s kind of where you’re going, because that’s how it sounds a little bit, I’ll take it,” Harbaugh said. “I’m responsible for everything. So if that’s the goal, then it’s always on the head coach, and that’s where it belongs. I’ll take responsibility for our team, 100-percent, what we choose to do. And everything that we do is with one thing in mind: to win the game, to move the ball [and] to score points.

Meanwhile, the Chiefs never deviated from their strengths after falling behind 10-0 to Tennessee. Mahomes was 22 of 35 for 294 yards with three touchdowns. Kansas City ran the ball 27 times for 112 yards.

The key was shutting down Titans running back Derrick Henry, who had turned back into Clark Kent with 69 yards on 19 carries.

I was asked numerous times during the game how the Ravens might have done against Kansas City. It was just too difficult to speculate.

The Ravens would have been playing at home in front of a raucous crowd and that might have made an impact in their favor. The Chiefs were one of three teams to beat the Ravens this season, escaping with a 33-28 victory at Arrowhead Stadium in Week 3.

The Chiefs were probably the best team in the AFC when fully healthy and earned their trip to Miami. On the other side, the San Francisco 49ers drubbed the Packers 37-20, setting up an intriguing Super Bowl. Baltimore beat San Francisco 20-17 on Dec. 1.

Harbaugh put on a brave face last week but it was fairly obvious the Ravens will need some more time to get past more playoff disappointment, especially after such a stellar regular season.

Many of the fans around Baltimore are in the same position.

The excitement around the Ravens will slowly build again. They are already one of the favorites to advance to next year’s Super Bowl. Jackson will be as motivated as ever to silence his detractors who say he can’t win a playoff game even though he is just 23 years old.

Harbaugh astutely pointed out some stats among some of the league’s best quarterbacks.

“The Manning brothers combined to, they had five losses in their first five playoff games before they won one,” Harbaugh said. “[Joe] Montana, [Steve] Young and [Brett] Favre didn’t start a playoff game until their third season, [Drew] Brees and [Troy] Aikman, until their fourth season, and [Aaron] Rodgers until his fifth season.

“Interesting. So, everybody is different, right? But I’m really confident in Lamar and his understanding the things he needs to do to get better, and that he’s going to work really hard to keep building himself up as a player.”

There is still some Ravens’ football to watch with 12 players expected to compete in next week’s Pro Bowl — cornerback Marcus Peters dropped out with an injury.

Then, the Ravens will begin preparing for the 2020 season and perhaps a happier ending.