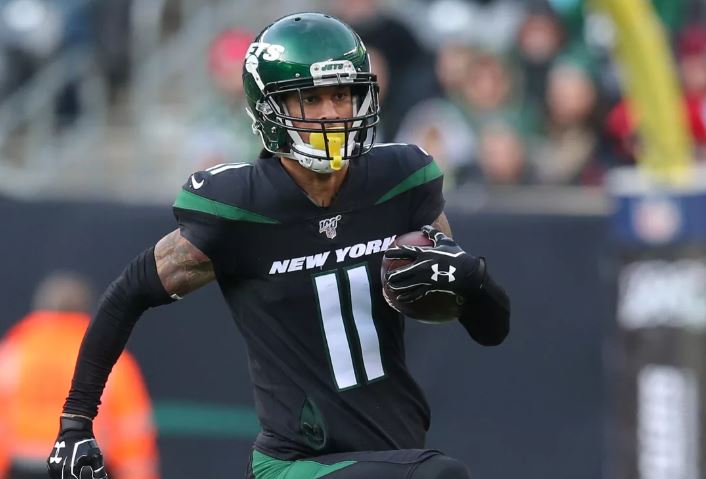 It’s time for the yearly Ravens WR room overhaul articles to start coming out, as the position continues to be a pressing need for Baltimore’s offense. This year, I’d say on the whole, the group showed some promise, though they weren’t called upon (at least to catch passes) very often. In the playoff game, the weaknesses of the unit showed. As a result, the position must once again be addressed by GM Eric DeCosta this offseason.

The team knows this, and as an initial response to questions regarding its WRs, has announced that the staff has an idea of what type of receiver they want to target moving forward. This article will speculate what kind of pass-catcher that could be, as well as the best way to acquire one.

Given the current state of the receiver room, with Willie Snead IV, Miles Boykin, and Hollywood Brown likely to take the largest roles of current playesr on the roster, I’d say it’s fair to assume that Baltimore will be targeting the prototypical #1 target. This man should be big-bodied, sure-handed, and – given the emphasis placed on playmaking in recent years – explosive after the catch. Obviously, that’s a lot to ask in a player, but I do feel that such players exist.

To that point, I think the issue of getting their hands on such a wideout is the largest concern for DeCosta. Luckily, this year’s draft could be historically ripe with stud WR prospects. Guys like Tee Higgins, CeeDee Lamb, Brandon Aiyuk, Gabriel Davis, DeVonta Smith, Justin Jefferson and Laviska Shenault Jr., amongst others, highlight a strong class from which fans hope Baltimore will pull. If it were me, I’d snag one of those names in the first two rounds come April.

At the same time, placing too much pressure on a rookie target isn’t wise, and as the Ravens saw with Brown this year, such players can be streaky. Expecting fluctuations in performance, I believe DeCosta would be smart to attract the team’s top receiver in free agency or trade. Now, while a splash like Amari Cooper would be exciting, I don’t see it happening. Instead, I see two names in free agency worth writing about. 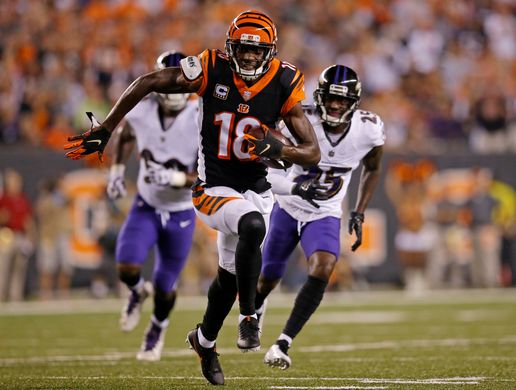 First, as the more obvious of the two, I am intrigued by A.J. Green. As Ravens fans know, Green can absolutely ball out and dominate a game. He has all the tools of a top target. While that could easily price him out of the Ravens’ range, the fact that he didn’t play all of 2019 could mean that he takes a cheaper contract. The same could be said if he would like to play for a true contender. Though I’m sure Cincinnati will make a strong push to keep Green in the fold, I feel he’s a reasonable target for Baltimore, even considering his injury concerns.

Perhaps more likely is former New York Jet Robby Anderson. A less prolific wideout, Anderson has flashed incredible play-making ability over the past few years, and has been hurt by poor QB play. He has decent size (6’3″, 190 lb) and good speed (4.36 40-yard dash time), which would help the Ravens maintain their ‘track team’ identity on offense. He should certainly be affordable, and I’d say my only real knock to this signing would be that it wouldn’t give Jackson the Anquan Boldin-type move-the-chains target the team likely desires.

Along with these two names, more receivers will be cut and others will be placed on the trade block. I think acquiring an experienced NFL name is important this year, though the draft will be where the investment for the future is made.

Regardless, it seems Baltimore has its eyes set on a wide receiver, and I expect them to once again make big changes to the personnel at that position.