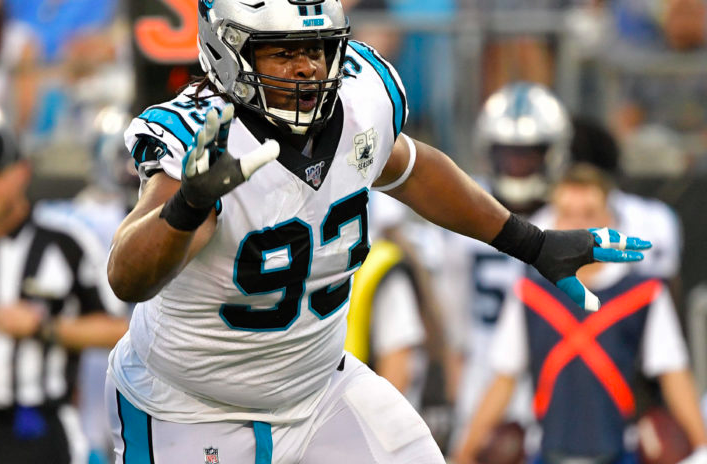 With the Super Bowl all wrapped up, it’s officially the offseason. Now, though everyone is giddy with excitement over the NFL Draft in April, a more pressing concern for Eric DeCosta and company should be free agency. While DeCosta did a solid job in the draft last year, I would say free agency was the period in which he was even more impressive, signing integral pieces like Earl Thomas, Mark Ingram and – yes, don’t forget him – Pernell McPhee.

This year, he’ll be looking to bolster the AFC’s 2019 top playoff seed with another strong free agency showing.

There’s a ton of articles floating around that outline the supposed best fits for Baltimore and other organizations, as well as some bold predictions on landing spots. In this one, I want to do something different: I’m curious which player is the most realistic signing for the Ravens.

A massive piece of Baltimore’s offseason puzzle this year will involve players whose contracts are expiring with the new year. Most notably, two players stand out to me: Matthew Judon and Michael Pierce. Both of these guys are key cogs in the defense, with Judon playing a position of real need for the Ravens. For me, given the presence of Brandon Williams and his salary cap hit at the DT spot, it’s unlikely that Pierce returns in 2020. At the same time, because losing Judon would leave a daunting hole on the EDGE, he’s a key player to return. With that in mind, though fans would love to supplement Judon with a free agent rusher like Shaq Barrett or Yannick Ngakoue, I would say that’s a bit less likely than say, finding Pierce’s replacement would be. And hey, just because DeCosta won’t pay Pierce doesn’t mean he won’t make a decent splash at the position in his absence.

By now, you might know where I’m going with this article. In my opinion, the most realistic free agent signing might actually be DT Gerald McCoy.

McCoy was a target for the Ravens this past offseason when he was cut by Tampa Bay, and despite already having Williams and Pierce in the fold, Baltimore was intrigued enough by the interior rush he could provide that they nearly brought him in. Although Carolina swooped in and signed him to a one-year deal, I fully expect DeCosta to be similarly interested in the player for 2020 and beyond. That’s especially true given the likely impending need to replace Pierce with a trustworthy Robin to Williams’ Batman.

When it comes to money, McCoy could be a rather favorable alternative to Pierce, as well. A younger player who may be more adept at pure run-stopping, Pierce is likely to command a nice figure on the open market. As we’ve seen with McCoy, his number isn’t quite as high, as he signed with the Panthers for a $3 Million base salary and a $4 Million signing bonus last year. According to Spotrac, Pierce’s market value suggests a $4.7 Million average annual salary for his upcoming contract. For me, that makes McCoy a nice addition, assuming Pierce moves on.

McCoy showed that he can still contribute, starting all 16 games for Carolina and racking up 5.0 sacks.

The Ravens have already showed interest in McCoy in the past. He’s a reliable, successful NFL player who would be another veteran presence on a strong defense that’s being built by DeCosta. If Baltimore can bring him in as a supplemental player to Williams, they’d have to feel great about their defensive front going into next season. Given the likely need at the position and the favorable cap number, McCoy is, in my opinion, one of the most realistic potential signings going into free agency.