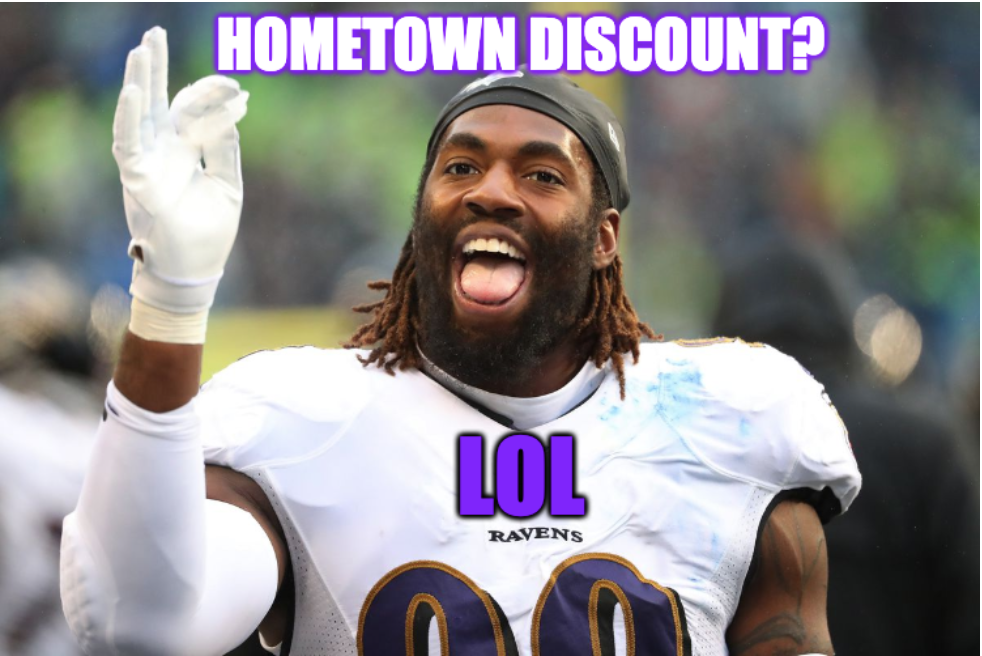 The Hometown Discount: Reality or Myth?

We are now closing in on the day when teams can start tagging players who are set to become unrestricted free agents when the new league year begins on March 18th. Between February 25th and March 10, clubs can apply the franchise tag and/or transition tag to players that they want to protect from the open market. Many expect the Ravens to tag Matt Judon.

The Ravens want to keep Judon but they won’t deviate from the “right player, right price” credo that they are married to. Given GM Eric DeCosta’s style in working with players before their contracts come to term – proof lies in the deals struck with Justin Tucker, Patrick Ricard, L.J. Fort, Tavon Young and Marcus Peters. So, there’s little doubt that DeCosta and sidekick Pat Moriarty have exchanged numbers with Judon’s representatives. And since there’s no deal, it’s safe to conclude that the two sides have reached an impasse. 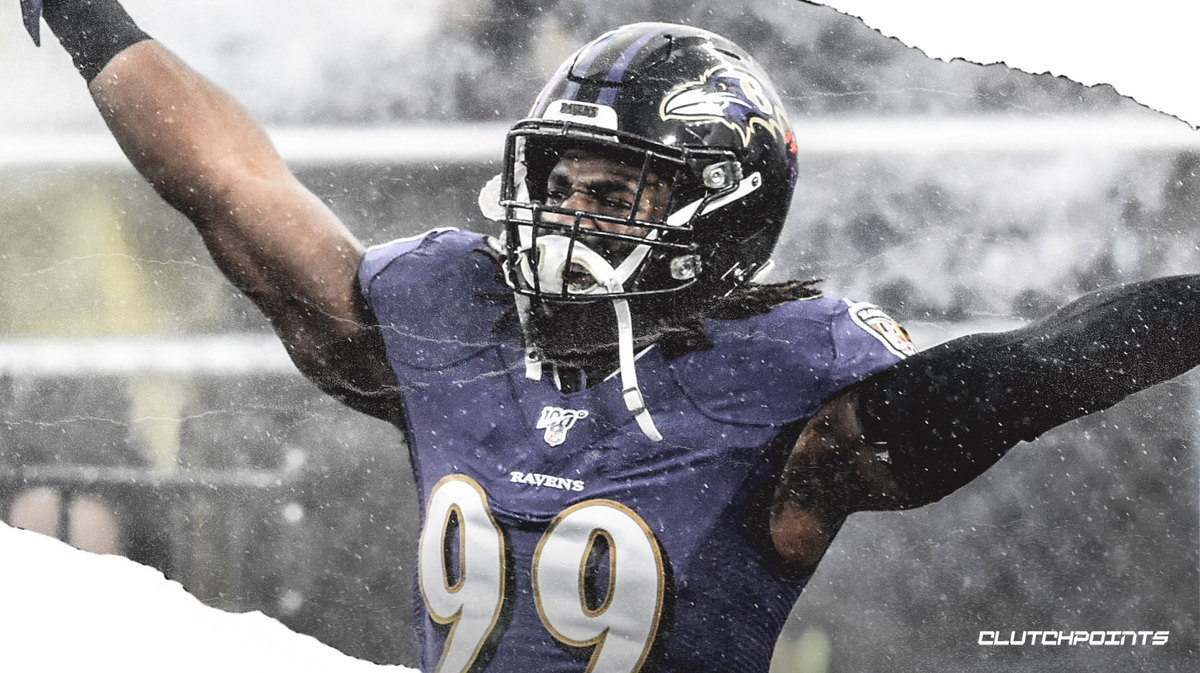 Judon publicly claims that he’d like to remain a Raven and finish his career in Baltimore. Privately, sources close to Judon have revealed that he’s seeking to cash in on a market that is flush with cap dollars. He will go to the highest bidder.

[Article of Interest: The Extraordinary Story of Hayden Hurst]

It’s debatable whether Judon is worth Za’Darius Smith money. He had a career high 9 ½ sacks in 2019 but at least 1 ½ of those sacks can be credited to the Ravens stout secondary, while a few others were the result of various blitzes dialed up by defensive coordinator Wink Martindale which left Judon one-on-one with tight ends.

To his credit, Judon makes nice plays in coverage and in open space when defending bubble screens. But outsiders have to wonder if the Grand Valley State alum is a product of a scheme. Might there be significant risk with a big contract outside of a system that caters to his strengths.

Consequently, fans often wonder aloud if Judon should give the Ravens a hometown discount.

But let’s be honest, hometown discounts are as real as unicorns, the tooth fairy and the Easter Bunny. Why should a player give a hometown discount, particularly at this point in the offseason, when there’s absolutely NO RISK for a player to test the market?

Whether through a tag and trade or a flat out unrestricted free agent departure, Judon will be gone. He’ll get a big deal somewhere and somewhere buyer’s remorse will set in when he doesn’t play to the level of the big contract that awaits him.

And today on 02-20-2020, I’ll predict a contract that averages $20 million per season. And don’t be shocked if there’s a cute little dolphin on the side of his new helmet.