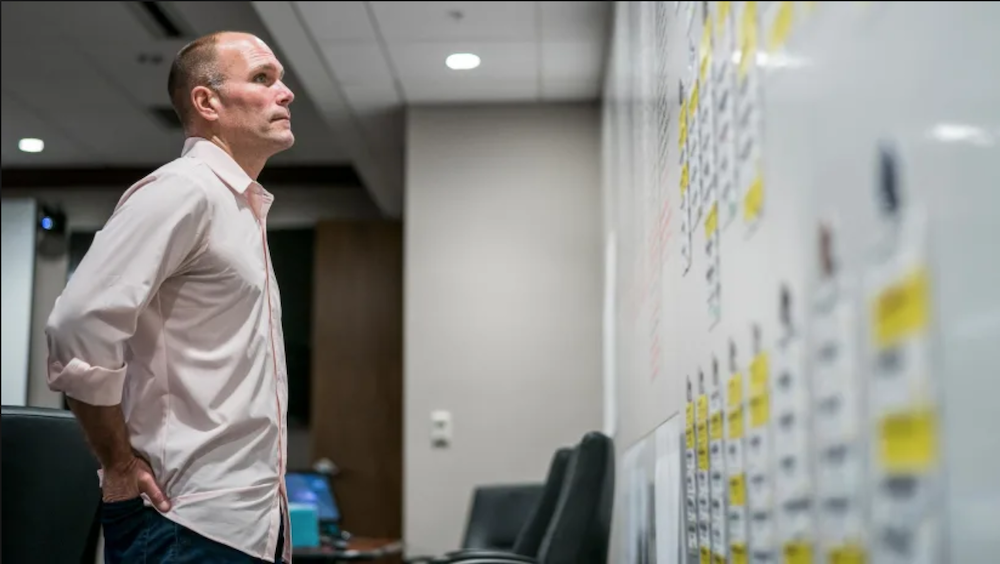 Eric DeCosta is ready for an encore performance.

In his first year as general manager, the Ravens had the best regular season in franchise history, won the AFC North crown for a second straight year and earned the top seed in the playoffs for the first time.

The Ravens also broke the single-season NFL rushing record (3,296 yards) and had a league-high 13 players named to the 2020 Pro Bowl.

Communication among the coaches and the front office was key to that success, according to DeCosta.

"Very gratifying for my first season to be a part of that." GM Eric DeCosta pic.twitter.com/1brN3uflIh

“Very, very gratifying to be part for my first year to be a part of that. Very special,” DeCosta said at the 2020 NFL Scouting Combine. “We haven’t historically been known as an offensive team. We talked about it. We thought a lot about it. We tried to build the offense this past year.

“I think [offensive coordinator] Greg Roman and the offensive coaches and [coach] John [Harbaugh], they did an awesome job communicating to the scouts, and our scouting staff and myself the type of guys they were looking for. And we had a very clear picture of where we wanted to be as an offense.”

Of course, the year ended in disappointment with a second consecutive one-and-done performance in the playoffs. DeCosta and his staff have already begun the process of remedying that flaw by looking to add more playmakers via free agency and the 2020 NFL Draft.

George Kokinis and Joe Hortiz, the Ravens directors of player personnel, have been evaluating potential targets for the past month. The team is already pinpointing the types of players that will help the Ravens make a Super Bowl run.

The team’s biggest needs are with pass rushers, wide receivers and offensive linemen.

“We have started a scouting process,” DeCosta said. “We started looking at free agency. We’re meeting and talking about these guys. George Korkinas and Joe Hortiz have done a great job getting the free agency boards lined up. The draft process has started as well. We’ll be out here this week looking at these guys. We spent the last month or so at the All-Star games, the Senior Bowl, the East-West and the other games.”

One thing is for sure: the Ravens will be thorough in their evaluation of players, which has been a hallmark of the franchise starting with former general manager Ozzie Newsome. The team takes some extra joy in shining at the NFL Draft and there are plenty of playmakers to evaluate over the next several weeks.

“We had our first set of meetings in February when we talked about the players in the draft,” DeCosta said. “We have a draft board with close to 200 players this year, which looks really good. We’re excited about that and we’re very, very excited to help this team get to the next step.”

Some other takeaways from DeCosta’s meeting with the local and national media.

— The Ravens have not ruled out using the franchise tag on free-agent linebacker Mathew Judon, who led the team with 9.5 sacks last year. The Ravens are also having discussions with his agent about a long-term deal.

— DeCosta expects offensive lineman Marshal Yanda to make a decision about retirement in the next month or so. Yanda is still playing at a high level at age 35, but is undecided whether to return for a 14th season. The Ravens are certainly hoping he decides to play at least one more year and there is a sense of some unfinished business, considering how the past season ended.

— Free-agent cornerback Jimmy Smith could test the free-agent market for the first time in his career even though he previously said it was preferable to remain with the Ravens.

— Finally, DeCosta confirmed the Ravens are looking into contract extensions for both cornerback Marlon Humphrey and left tackle Ronnie Stanley. Both are cornerstones of the franchise. Stanley is eligible for free agency in 2021 and Humprey the following year.