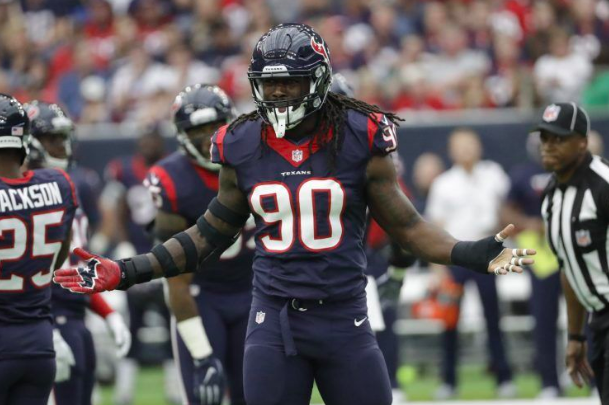 The Ravens have never been concerned about winning the offseason.

The patient fanbase doesn’t have high expectations about making a big splash in free agency.

The focus is putting together a talented and deep roster that can compete for a playoff spot.

So, as the free-agent market is about to erupt on March 18, there should be tempered expectations about whom the team might add to its roster.

The Ravens are currently $30.7 million under the salary cap, which ranks in the bottom third of the NFL. They can create some flexibility by releasing a player or restructuring a contract, but getting into a bidding war for a marquee player might be out of the question. Betting sites are already predicting the odds on forthcoming player departures.

General manager Eric DeCosta has surely put together an effective plan for this offseason, and the Ravens are riding the momentum of last year’s record-setting performance.

The Ravens have a young roster that includes reigning league MVP Lamar Jackson, and 12 other players that made the Pro Bowl. Right guard Marshal Yanda was one of those Pro Bowl players and the Ravens are hoping he returns for a 14th season, rather than retiring. If Yanda decides to step away, it will create an additional $7 million space that would have to be used to find a serviceable replacement for him.

It appears DeCosta will use some of the available funds to place the franchise tag on linebacker Matthew Judon, another Pr0-Bowler who led the team with 9.5 sacks last year. That designation will cost the Ravens just over $16 million to retain Judon this season, but it will also buy them time to negotiate a new deal or find a potential suitor.

In addition, the $16 million for Judon is a good deal compared to the asking price of other free-agent pass rushers.  Both Jadeveon Clowney and Yannick Ngakoue are looking for contracts that pay them $20 million annually.

That would be a hefty price for the Ravens, who still have to tender contracts for their exclusive rights and restricted free agents, which include running back Gus Edwards and center Matt Skura, who is still recovering from a knee injury and likely won’t be ready for the start of training camp.

DeCosta will go about his business much in the same way as his predecessor Ozzie Newsome. They quietly go about their business and then swoop in when the time is right. Last year, DeCosta made a splash with the free-agent signings of safety Earl Thomas and running back Mark Ingram, both of whom made the Pro Bowl.

The Ravens will likely kick the tires on free-agent linebacker Kyle Van Noy and receiver Emmanuel Sanders. There is a possibility the Jaguars will release defensive end Calais Campbell because he would cost the team $17.5 million in 2020. Campbell, who went to the University of Miami, would definitely be intriguing to the Ravens even though his production has slipped over the past three years — finishing with 14.5 sacks in 2017, 10.5 in 2018 and 6.5 last season. Still, Campbell could thrive under Don Martindale’s system.

(edit: An earlier version of this article stated that Campbell attended the University of Maryland. We apologize for the error.)

In the end, DeCosta can do his best work in the 2020 NFL Draft. The Ravens are hoping one of the top linebackers or edge rushers falls to them with the 28th overall pick. The team can find value at wide receiver in the later rounds because of the outstanding depth at that position.

The Ravens are going to be competitive when they step on the field and begin the 2020 season. The front office and players are not worried about any offseason hype, even though the team is one the favorites to win next year’s Super Bowl.

The excitement is already building and an practical foray into free agency won’t do anything to quash the excitement.

The Ravens have their eyes on the big prize.