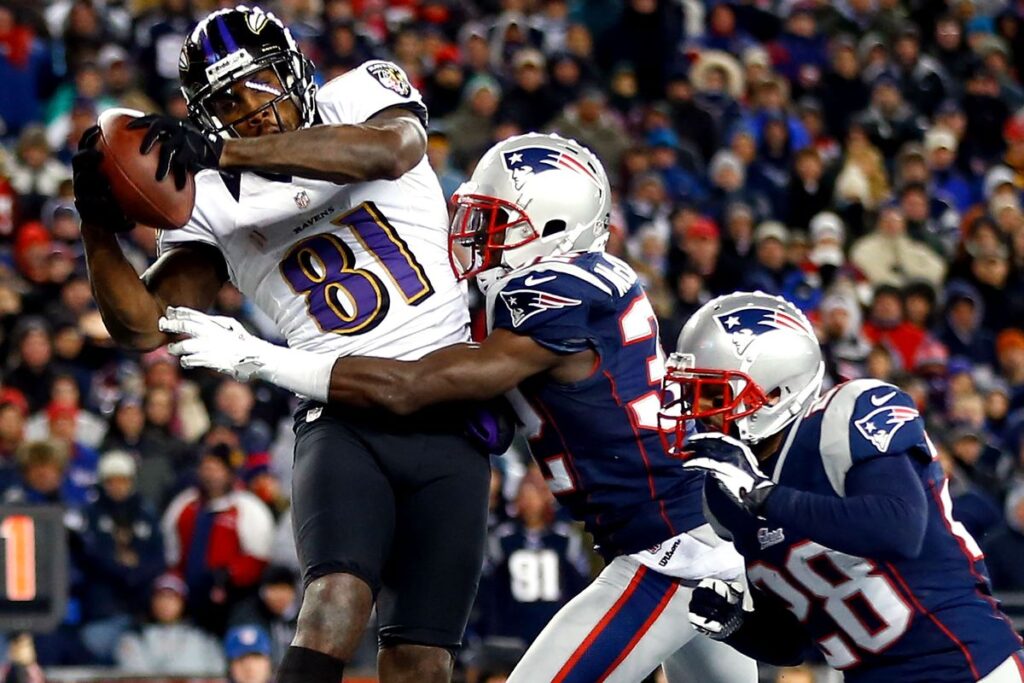 It has been 10 years since the Ravens traded a third and a fourth round pick for Anquan Boldin. Coinciding with the trade, Boldin received a three-year contract extension with the Ravens, worth $25 million including $10 million in guaranteed money.

I wonder if similar circumstances existed today, including Joe Flacco at quarterback, would Eric DeCosta make that same trade. Let’s take a look back.

In 2010 Boldin led Ravens receivers with 64 catches, 837 yards and 7 TD’s. Derrick Mason had a nearly identical stat line with 61/802/7. The stat line for the team’s 3rd receiver, T.J. Houshmandzadeh, went like this: 30/398/3. Mason left in 2011 when the Ravens drafted Torrey Smith and added Lee Evans via trade. One year later, Evans, perhaps scarred by the touchdown that would never be in the AFCC Game, was replaced in the receiver mix by Jacoby Jones.

During Boldin’s 3 seasons, he averaged 62 catches for 882 yards and 5 scores. Comparatively speaking, Mason averaged 79/963/5 during his 6 seasons in Baltimore despite playing with an erratic Kyle Boller and a beaten Steve McNair for three of those seasons. You could make the argument that Mason was more productive. But then, there were those big playoff games from Boldin in 2012 against the Colts, Patriots and 49ers, which left an indelible mark upon Ravens fans.

Despite just 186 career regular season catches, no other Ravens wide receiver has been as highly regarded by Ravens fans, as Anquan Boldin. It was the timing of his catches, the way he played, and then, his sudden departure that left fans brokenhearted and wanting more, that has elevated Boldin’s legacy in Baltimore.

Yet it still begs the question, in today’s NFL, would Eric DeCosta give up all of that draft capital AND money to a possession receiver who would turn 30 one month into the season?

If that receiver could guarantee a championship, of course he would.

But such guarantees don’t live in the real world.

And today, a similar trade would not exist in DeCosta’s world either.

It has been 10 years since the Ravens traded a 3rd and a 4th round pick for Anquan Boldin. Boldin also received a 3-year contract extension worth $25M. If similar circumstances existed today, would Eric DeCosta make that same trade?