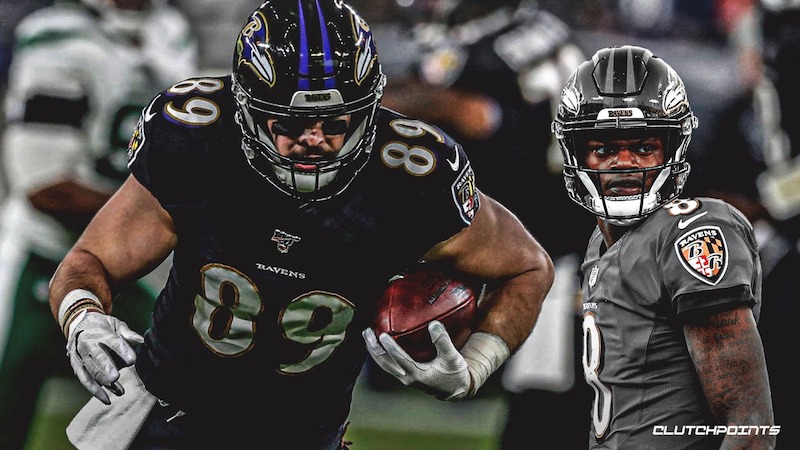 Hope for the best, prepare for the worst.

That’s the prudent approach being taken by some NFL personnel, coaches and players even though the league is confident the 2020 regular season will start on time.

COVID-19 has created more uncertainty in the past several weeks and there is no set time when life will return to normal.

Ravens president Dick Cass is doubtful teams will be able to host to their rookie minicamp or OTAs later this spring. The hope is players will be able to reunite for formal training camp in July and be ready for the regular season to begin as planned.

That’s not a certainty.

“It’s really hard to know about long-term impacts,” Cass told the team’s website. “A lot of that is going to depend on how long the stay-at-home order remains in effect. If it lasts a long time, it could have obviously an effect on our season. No one expects that, but you just don’t know.”

All of the nation’s professional, college and amateur sports leagues are in limbo. Major League Baseball is now looking at a possible Opening Day in July and then playing into November. Toronto, home of the Blue Jays, has banned public events until June 30 so MLB’s timeline of beginning the season mid-summer is a best-case scenario.

Despite the restrictions on travel and gatherings, the NFL has forged ahead with its new year and will proceed with the draft next month without any fans. It’s obviously not an ideal situation, but the NFL is making sure it doesn’t lose any additional time by foregoing certain activities it can control.

Some of the Ravens players, such as tight end Mark Andrews and safety Chuck Clark, are preparing for the 2020 season, even though there’s a chance it might not happen,

“Given the situation and the circumstances that we’re put in right now, like Mark [Andrews] just said, your opponent is in the same situation that you are, so we’re all out there on the same playing field. We’ve all been through the same thing, so it’s all up to you to train to get your work in and make sure you’re ready.”

Clark is obviously looking forward to playing after signing a three-year contract extension with the Ravens in February. Last year, Clark took over the starting job at safety for Tony Jefferson, who went down with a season-ending knee injury against the Pittsburgh Steelers on Oct. 6.

Clark took advantage of the opportunity and finished with career highs in tackles (68), adding one sack, one interception, nine passes defensed and two forced fumbles while starting a career-high 12 games.

Andrews has emerged as one of the best tight ends in the league in just his second year. He led the Ravens with 65 receptions, 852 receiving yards (852) and 10 receiving touchdowns.

Right now, he is focused on staying in shape and following the federal guidelines for the COVID-19. But Andrews will be ready if the 2020 season does indeed kick off.

“There’s so much uncertainty during this time,” Andrews said. “You look ahead and you ask yourself, ‘Is there going to be football this season?’ I don’t think anybody knows. So, for a lot of the guys on the team – I’m sure Chuck [Clark] as well – it’s about focusing on family right now and then just listening to all your health officials.

“Knowing that everybody is in this together, everyone’s going to help fight this virus together, so that’s where our minds are going to be at right now. We’re not sure what’s going to happen, but we have to focus on the things that matter. That’s family and social distancing and being smart.”