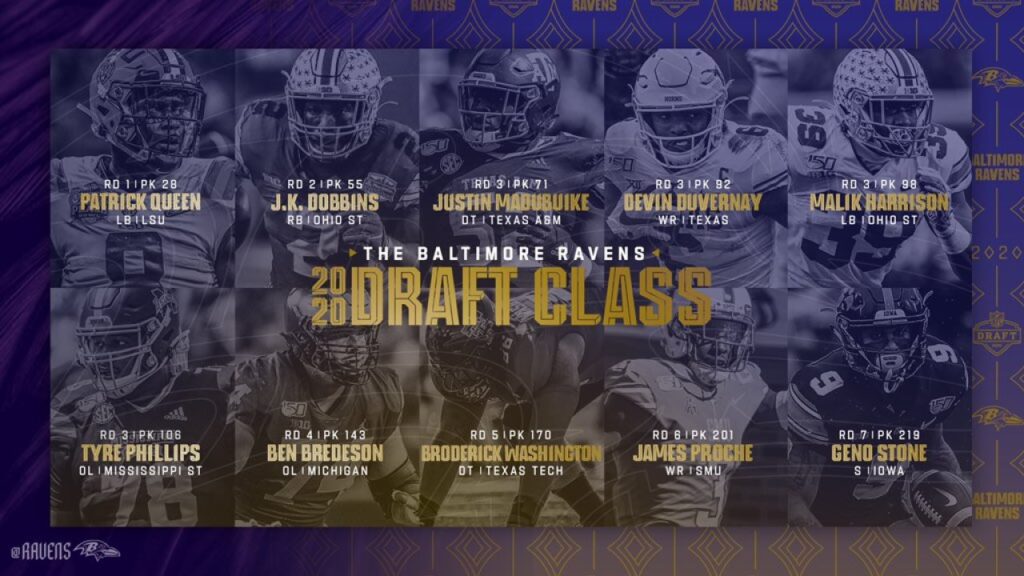 Ravens general manager Eric DeCosta never worried about how restrictions with COVID-19 might affect his scouts’ ability to analyze players.

He was confident the team had a treasure trove of information on potential prospects.

Indeed, DeCosta added 10 players that will infuse young talent on the roster. He accomplished his goal of building a team ready to compete for a Super Bowl in 2020, while laying the foundation for the future.

“We tried to draft the best players that checked off the most boxes that could help us right away and also long-term,” DeCosta said. “You’re never really going to … I mean, I suppose you could, but in most cases you’re always going to have a hole that kind of stays open. But, we’ll continue to try and fill those holes.”

The Ravens satisfied their biggest need by drafting inside linebacker Patrick Queen. Then, they strengthened that unit even further by taking Ohio State linebacker Malik Harrison in the third round. The two will help the Ravens defense control the middle of the field. Queen is adept at dropping back in coverage to pick up a tight end and he is also effective at stopping the run. Harrison’s quickness and hard-hitting ability are perfect compliments to Queen.

“[Harrison] is a big guy,” DeCosta said. “You don’t get a lot of big linebackers anymore in college football. He’s almost 250 pounds, he has long arms, he takes guys on really, really well, he’s really strong in the box, and he can run. He ran a 4.6 [40-yard dash]. I think one of the themes this year with us is we took some guys from really awesome, successful programs – guys who played in huge games, playoff-type atmospheres in college.”

Perhaps the biggest surprise was the selection of running back J.K. Dobbins. The Ravens appeared set at running back with Mark Ingram, Gus Edwards and Justice Hill. However, Dobbins was one of the highest-rated players on the Ravens draft board and they simply had to pounce when he almost inexplicably fell to them. 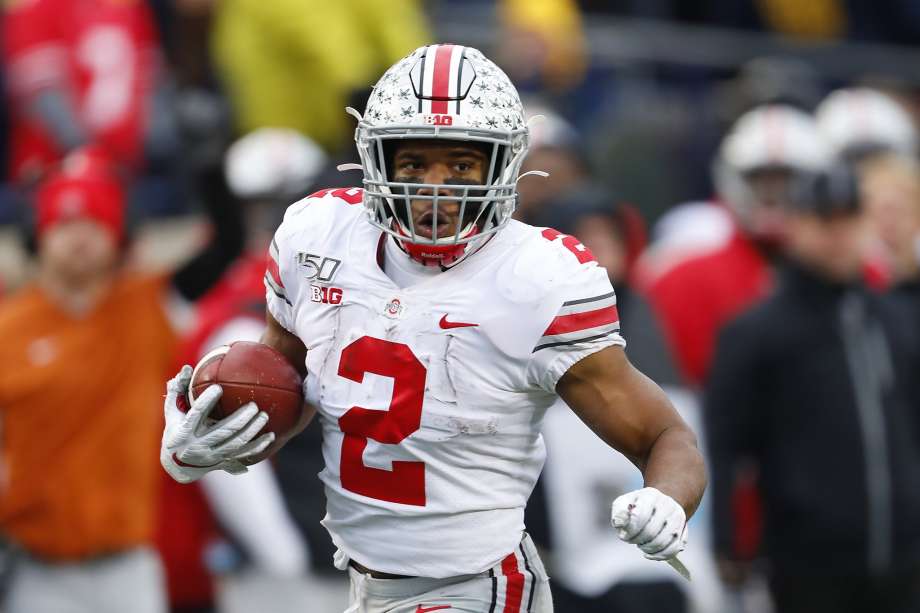 Dobbins was a dominant runner at Ohio State and had a program-record 2,003 yards rushing during last season. He finished his career with 4,459 rushing yards, 796 receiving yards and 43 touchdowns.

In addition, Ingram turns 31 in December, so Dobbins could be ready to take over the starting job in 2021. The Ravens run more than any other NFL team, so there’s room for depth.

“I think with our offense we want to add as many talented guys as we can at skill positions,” DeCosta said. “You guys have watched us over the last couple years and specifically last year, and we’re a team that likes to run the football. So, having running backs is really, really important. This was a guy that was, in my opinion, one of the very best in college football this year.

“He’s a very talented guy with electric skills and played at a very high level in a really good conference [on] one of the best teams in college football, so we’re excited to get him. He fits us, and I think he’s going to be a guy that is going to be a dangerous player for us and give us the depth to do what we like to do.”

DeCosta also added more depth to the defensive line with the addition of Justin Madubuike and Broderick Washington Jr. It’s going to be fun watching teams try to run against that stout front that also includes Calais Campbell, Derek Wolfe and Brandon Williams.

Tyre Phillips and Ben Bredeson also provide valuable depth to the offensive line. DeCosta traded up to grab wide receiver James Proche from SMU. He wasn’t a big name coming into the draft, but DeCosta is confident the Ravens added a huge difference-maker.

“There are a lot of things about James that we like,” DeCosta said. “I saw him at the Senior Bowl, and he’s a crafty guy. He’s good inside. He has excellent hands. I think he’s competitive with the football. I liked the way the he practiced. I watched him catch punts that weekend in Mobile, and I was really impressed by how he judged the ball and secured the catch.

“He’s a guy that gets upfield quickly with the football in his hands as a punt returner, and that’s an important position. It’s hard to find those kinds of guys that have that special skillset. He has a good mentality. He’s been highly productive at the college level, and I think he fits our team very well.”

Perhaps the biggest criticism with this draft is the Ravens did not add a dominant edge rusher. They passed on Michigan linebacker Josh Uche, who was one of the top pass rushers in this draft. However, the Ravens have intel on the Wolverines and there were reasons they passed on Uche.

Nonetheless, the Ravens are a better team with these new additions.

DeCosta chalked up another successful draft.