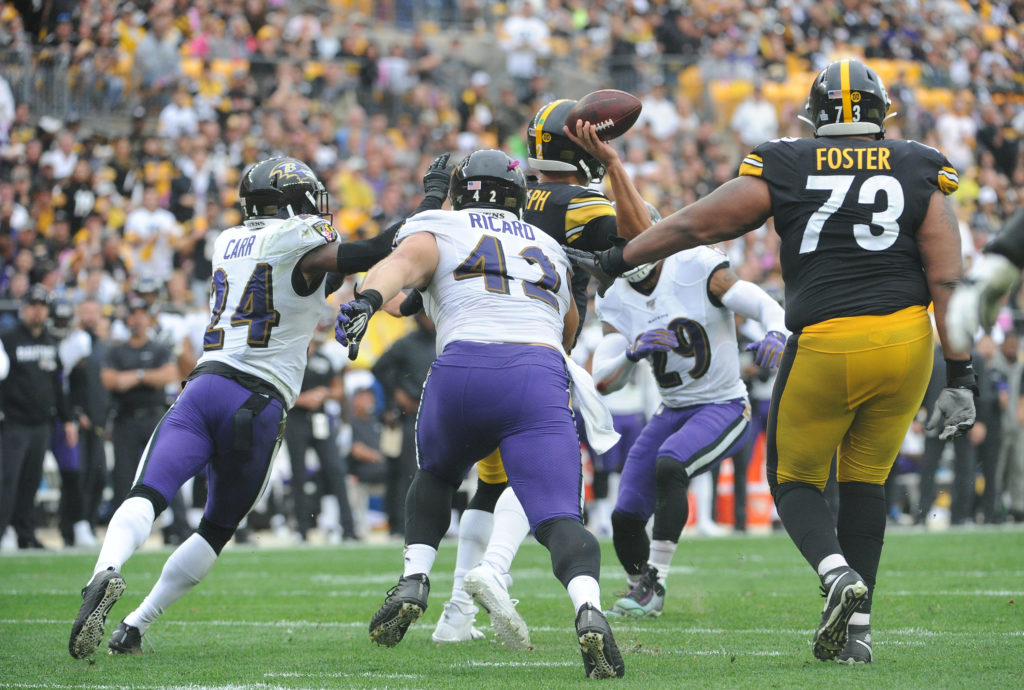 The Ravens are the favorite to win the AFC North next season.

They have most of their core roster intact from last year’s record-breaking performance and added 10 players in last weekend’s NFL Draft.

Several of those young playmakers, most notably linebackers Patrick Queen and Malik Harrison, wide receiver  Devin Duvernay and running back J.K. Dobbins, could make an immediate impact. And don’t sleep on defensive tackle Justin Madubuike or offensive lineman Tyre Phillip — both of those players are hard-nosed and will add an edge to the roster.

Meanwhile, there has not been much bluster from the Cleveland Browns after last year’s humbling season. They have a new coach in Kevin Stefanski, who is a bit more conservative in his approach to the media than predecessor Freddie Kitchens.

Cleveland put together an impressive NFL Draft, which is going to be key to their potential resurgence. The Browns boosted their porous offensive line with the selection of Alabama offensive tackle Jedrick Wills. Cleveland also added Jack Conklin via free agency. Those two will certainly help quarterback Baker Mayfield, who was sacked 40 times last season.

Will we see the Browns team that dominated the Ravens 40-25 at M&T Bank Stadium or the one that rolled over in a 31-15 loss 12 weeks later? A lot can depend on Cleveland improving its chemistry and having the players pull in the same direction.

The Pittsburgh Steelers were in the playoff race until the final week of the season despite being decimated by injuries. They could be much improved if quarterback Ben Roethlisberger is fully healthy.

The Steelers had a stout defense, which was improved by trading away some picks in this year’s draft for safety Minkah Fitzpatrick and trading up in 2019 to select linebacker Devin Bush. That unit will be even better with the addition of defensive end Alex Highsmith.

Pittsburgh provided Roethlisberger with another effective weapon in Chase Claypool – a player who would have been a solid fit in Baltimore. The Steelers are already generating some buzz as a dark horse team in 2020. Expect a pair of tough matchups with the Ravens, who swept the season series last year.

Finally, the Bengals are hopeful they found their franchise quarterback with Joe Burrow, the No. 1 overall pick. Their future depends on him. While Cincinnati is rebuilding after last year’s dismal 2-14 campaign, they have some talent to make some noise next season. The duo of Tee Higgins, a rookie second-round pick, and A.J. Green provides some firepower on offense. The Benagls’ defense, which was ranked in the bottom third of almost every statistical category, got some reinforcement in the draft with the addition of linebackers Logan Wilson, Markus Bailey and Akeem Davis-Gaither, along with defensive end Khalid Kareem.

Are the Bengals on the right track? Much of their potential progress hinges on Burrow.