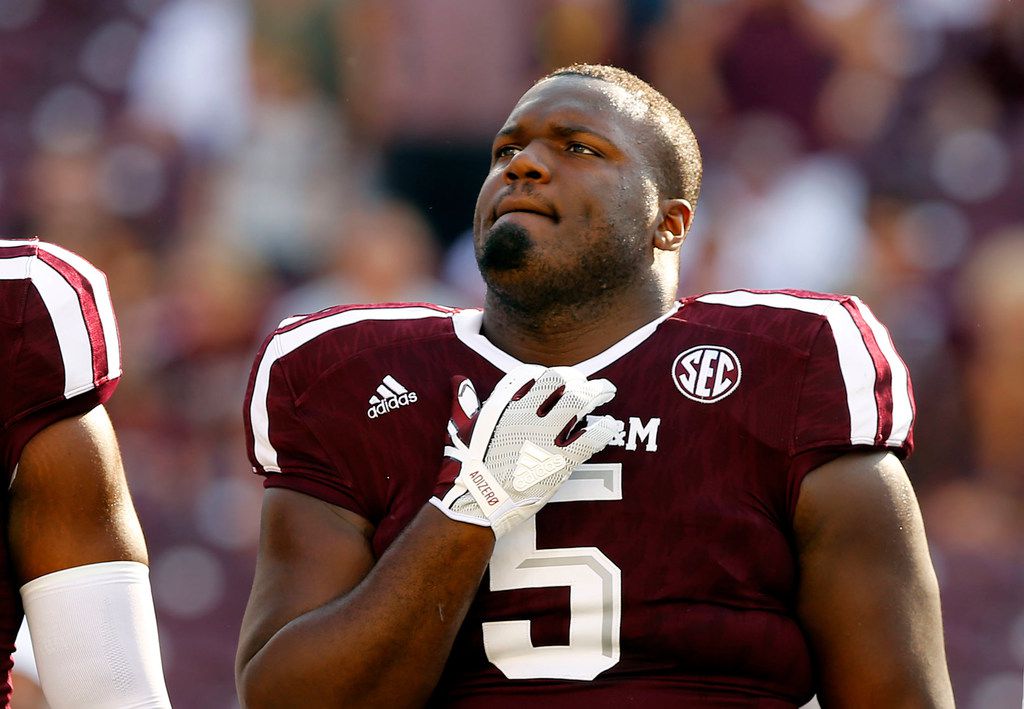 There’s a lot of pride and history behind Texas A&M Aggies Football.  The Maroon and Whites that are based in College Station, TX and compete in the Football Bowl Subdivision (“FBS”) of the National Collegiate Athletic Association and the Western Division of the Southeastern Conference. The FBS as most are aware, is the fiercest subdivision in NCAA football with top programs like Ohio State, Alabama, LSU, Michigan and more of the biggest names in college football.  And of course there is also the Bowl Champion Series with the Rose, Fiesta, Sugar and Orange Bowls, which aren’t only the biggest in collegiate sports, but probably rank amongst the biggest football spectacles in the world.

But as exciting as this may sound, it can still not prepare any player for the biggest dream of them all: the NFL.  And if we are talking about the top tier of the world’s football, it doesn’t get much bigger than NFL powerhouse the Baltimore Ravens.  It probably makes things a bit easier for players that played together in school and know each other to move together with their college teammates to their first NFL team, and we aren’t sure that this was the plan of Ravens defensive coordinator Don “Wink” Martindale, but Texas A&M sure has some good representation on the Baltimore Ravens’ defense.

And with three Texas A&M alumni on the Ravens defensive roster that are looking to come down hard and crash any opposition that may come in the 2020 NFL season, we are pretty sure they will make an impact.  So, beyond QB Lamar Jackson who got most of Baltimore’s press last season, the Ravens’ defense is one of the franchise’s sources of pride.  In 2019 the Ravens defense was ranked 5th in the league in rushing yards, allowing only 93 yards per game, and ranked 6th in the league in passing yards, allowing 207 yards per game.

Baltimore’s defensive team will now have linebacker Otaro Alaka and linemen Daylon Mack and Justin Madubuike.  So, the three Aggies that played in College Station in 2018, when Texas A&M were ranked 3rd nationally against the run, will try to make their mark at M&T Bank Stadium in the 2020 season.

Madubuike knows how to get the opposition’s quarterback and made more than 5 sacks as a sophomore and Junior in 2018 and 2019.  He had 22 tackles during those two years, and forced 4 fumbles.  So being selected as the 71st overall pick in the 2020 NFL Draft, the Ravens are expecting Madubuike to add a boost to the interior pass rush.  “It’s a perfect match, we are ready to work,” Madubuike said to reporters.  “We’re here to beat down on a lot of people and win championships, and I’m ready to be part of it.” 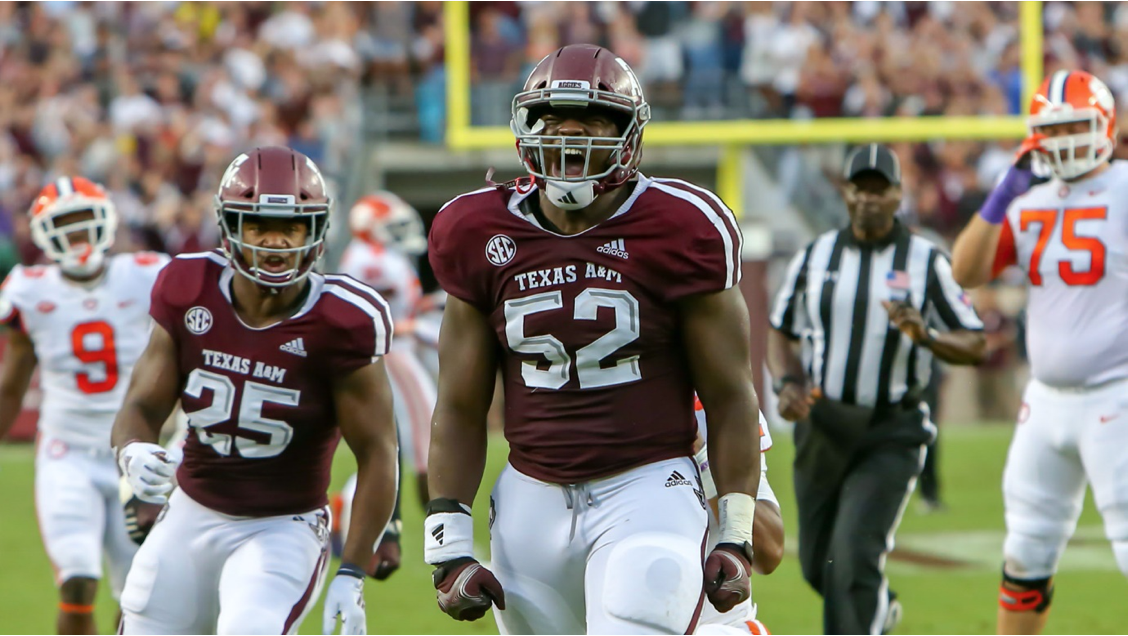 Pro Bowl defensive end Calais Campbell from Jacksonville was also acquired by Baltimore as a fifth-round pick, so Madubuike will be part of a strong rotation.

Nose tackle Daylon Mack was a fifth-round pick in the 2019 draft, but had his rookie season with the Ravens cut short due to a knee injury.  But he is expected to come back now with a vengeance and fight for playing time.

Mack finished his A&M football career with 108 tackles (of which 52 were solo tackles), 8 sacks and 2 forced fumbles.  He started all 13 games in his senior year. 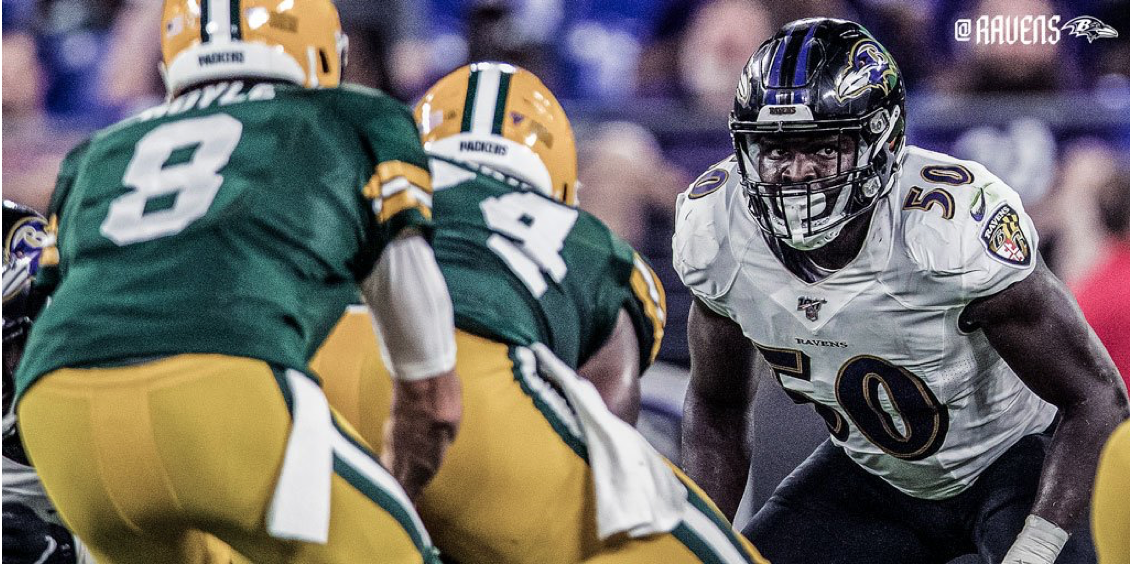 So, there’s a lot of excitement around the Baltimore Ravens for the 2020 season, for the defense and offense alike.  Are you also looking to get into the awesome NFL action this upcoming season? Why not place a few bets and see how your season turns out? Online sports betting is now 100% legal in many states in the US, and more states are signing into law bills that make it legal to download an app to your mobile device or use your computer to place a bet.  And it’s 100% safe and legal.  Check your state to see if you can join the excitement of online and mobile sports betting, and claim some great bonuses signing up!!