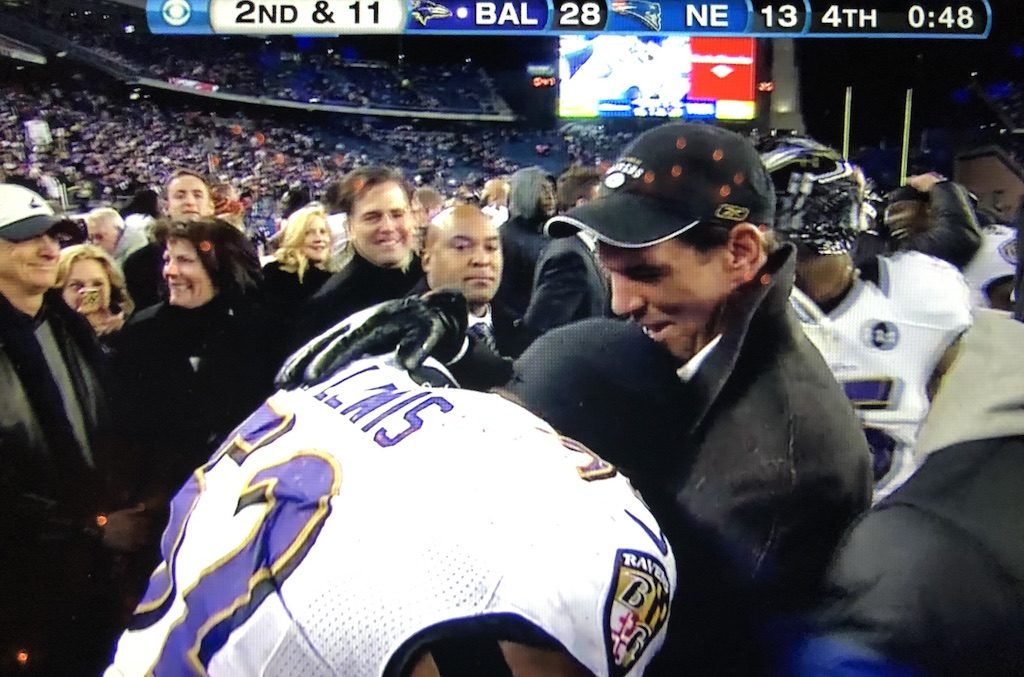 It’s rare to see an owner in any sport publicly show that type of passion for any cause.

Biscotti also had a strong message for anyone that wanted to criticize his players for speaking up for racial equality.

“To say ‘stick to sports’ is the worst possible thing that you can feel and say,” Bisciotti said. “If my players, both white and black, don’t speak out about this injustice to their communities, then they’re sellouts or hypocrites. If I don’t defend my players, then I’m the worst kind of hypocrite.”

The recent death of George Floyd at the hands of the Minneapolis police has set off protests around the entire world. Professional athletes, including numerous Ravens, have used their status to speak up for social justice.

The team posted a video on Twitter, titled “Ravens United” and “Black Lives Matter.” At the center of the video is newly acquired defensive tackle Calais Campbell, who has been lauded for his community service. Campbell received the 2019 Walter Payton NFL Man of the Year for his work with the CRC Foundation that boosts communities through the teaching of critical life skills to youths.

“IDK what imma do yet but I know I’m gonna make significant change in the city of Baltimore,” Stanley posted on Twitter. “Specifically to the injustices/inequality that happens every day just like in so many other cities across the country. As well as building the black communities that have been fighting up.”

Idk what imma do yet but I know I’m gonna make significant change in the city of baltimore. Specifically to the injustices/inequality that happens everyday just like in so many other cities across the country. As well as building the black communities that have been fighting up..

Bisciotti encourages that type of involvement from his players. He was inspired to deliver his own message.

“I’m lucky enough through my ownership of this wonderful franchise to have gotten close enough to these young men to see and hear their hurt,” Bisciotti said. “And all they’re asking for right now is to be heard. And I want to ask you individually, ‘Are you willing to listen?'”

The Ravens credit most of their success to camaraderie in the locker room. The team is tight-knit and that has helped them develop trust and respect that translates to success on the field.

However, the recent events and protests transcend sports and the Ravens, as an organization, felt it was necessary to deliver their own personal message, led by their boss.

“Ask the uncomfortable questions and you will come to the conclusion, I hope, that I have, that you don’t feel it enough, and you don’t live it enough if you’re not willing to say it,” Bisciotti said. “Black Lives Matter.”

The players will likely use their platform on the grand stage to deliver their message when the actual games resume. They want to look at the big picture and send a message for equality.

But that’s part of the message.