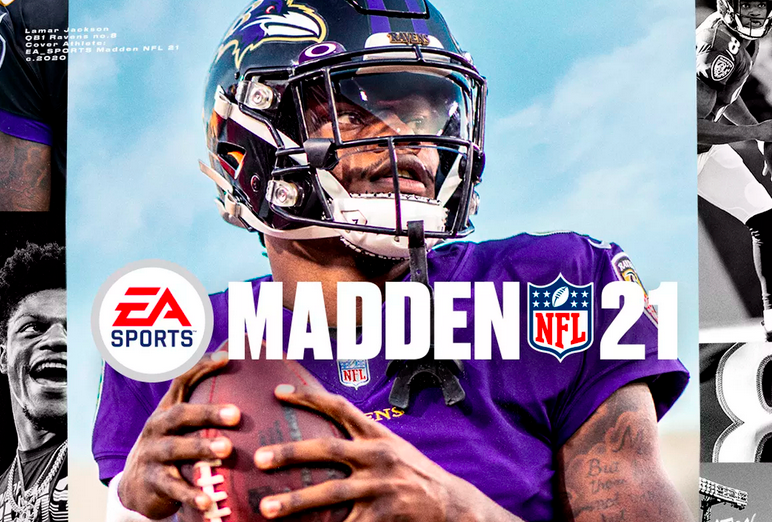 Lamar Jackson has been in the headlines a couple of times over the past week – for better or worse.

First, Ravens fans were given a scare when a video surfaced of him falling over a jet ski while playing football on a Florida beach.

A few days later, EA Sports made the official announcement a few days later that Jackson was going to be on the cover of Madden NFL ‘21, which conjured up images of a curse associated with that video game.

This could have ruined the #Ravens season. Thankfully, all ended well… pic.twitter.com/KzTgaMGOEu

The Ravens have enough anxiety making sure Jackson stays healthy during the season. They certainly don’t want to be worried about him taking a devastating fall on the beach before he even touches the practice field.

The Ravens know they can’t put him in bubble wrap when he heads home to Florida, but I am sure team officials were on the phone with him shortly after that video surfaced about being a bit more careful when he’s out enjoying himself.

The Ravens should have held their mandatory minicamp this week, but those plans were scrapped around the league because of the ongoing concerns with the COVID-19 pandemic. The players have managed to keep busy by organizing their own workouts.

Jackson has helped organize some of those sessions in Florida with a group of Ravens receivers. He has also worked closely with his private quarterback coach Joshua Harris to address some weaknesses in his game, namely throwing outside the hash marks and completing deep passes downfield.

“He just has to drive the ball more on the outside the numbers [throws]. He needs to get his lower body more involved in those throws,” Harris said on the Vinny & Haynie show on 105.7 in Baltimore. “It’s a blessing and a curse to be as talented as he is with that flick of the wrist. A lot of times on those out routes, you’re trying to get it out quickly, so you see it and then you throw it.

“What I’m trying to show him is you have to drive that ball and that’s getting your lower half involved because if that out route becomes all arm, [the ball] may flutter.”

No one has ever questioned Jackson’s work ethic, which has helped him elevate his game. Harris is impressed with how quickly Jackson is able to absorb knowledge and then make the necessary adjustments.

“The great thing about Lamar is he’s a hard worker, he’s humble and he’s taken constructive criticism,” Harris said. “He’s coachable. He’s listening to what I’m saying. He’s practicing that and the good thing is he can see the results. So, now it’s just him trying to perfect it.

“The biggest thing is ‘let’s keep improving, let’s see what defenses try to throw at you in your offense, and now let’s be ready to combat that and just continue to evolve our game.’ Just become a better mental quarterback and understand what defenses are doing.”

Jackson’s commitment and attitude are the main catalysts for so much excitement surrounding the Ravens in 2020. The challenges with the coronavirus will inevitably have some impact on all of the teams getting ready for the 2020 season.

The Ravens have invested the time to become one of the teams that successfully navigated the troubled waters better than the opposition.

Jackson is one of the main playmakers who did the extra work to make up for the mandated time away from the Under Armour Performance Center.

Now, he just has to watch his step so he’s on the field for the regular-season opener … and avoid any potential curses.