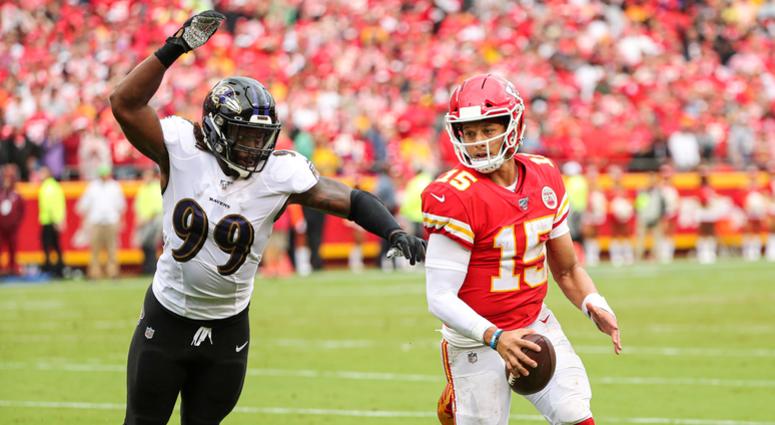 Mahomes was able to earn that type of deal because he has established himself as the top quarterback in the NFL. At age 24, Mahomes has a league MVP and Super Bowl MVP in his trophy case.

Jackson appears to be on the same career arc.

“You saw the jump Mahomes had from his second to the third year, the way he was comfortable with his team, the way he’s comfortable in himself, being a leader, being a playmaker,” Ravens running back Mark Ingram said “I see that same jump for Lamar. Man, he’s special. He has all the tools, all of the intangibles to be great to be the MVP again.

“We’re all just working, doing everything we can to prepare with the circumstances going on. And I think we’re all getting together to do some routes and things in a week or so with Lamar and some of the skill positions. We’re going to be ready to go when the ball kicks off. He’s special, we love him and he’s the best. We have his back and we’re trying to be champions. That’s the goal for all of us.”

Last season, Jackson became just the second player to win the NFL’s Most Valuable Player by a unanimous vote, joining Tom Brady in 2010.

Over his first two seasons, Jackson has thrown for 4,328 yards with 42 touchdowns and nine interceptions. He has also run for 1,901 with 12 touchdowns.

In comparison, Mahomes threw for 5,381 yards with 50 touchdowns. He also ran for 282 yards with two scores.

The numbers are mostly comparable. The main difference is Mahomes led the Chiefs to their first Super Bowl victory in 50 years this past season, while Jackson is 0-2 in the playoffs.

Championships are a huge part of the salary equation.

Just months after leading the Ravens to a 34-31 victory over the San Francisco 49ers in Super Bowl XLVII, quarterback Joe Flacco became the highest-paid quarterback in NFL history with a six-year contract worth $120.6 million.

Baltimore had trouble managing that contract over the next several years.

Kansas City is hoping to avoid that dilemma.

Mahomes’ new contract, which runs through the 2031 season, is tied to a percentage of the salary cap for each season. While the deal is reportedly worth up to $503 million, the Chiefs still should have the ability to add playmakers on both sides of the ball. It’s an interesting concept that could usher in a new era of negotiating.

The Ravens could pursue a similar type of deal with Jackson, who currently represents himself (that is, has no agent). However, the team will already be challenged to find the financial flexibility to extend some other key players in the short-term, most notably left tackle Ronnie Stanley, cornerback Marlon Humphrey and linebacker Matt Judon, who signed the franchise tag this offseason.

Of course, this is all hypothetical when it comes to Jackson. He must continue to improve and take the Ravens farther in the postseason before we starting about a multi, multi-million-dollar extension.

So far, though, Jackson has already shown that he is an elite quarterback. Entering his third year, he should be even better.

If so, the Ravens will welcome the challenge of future contract negotiations.