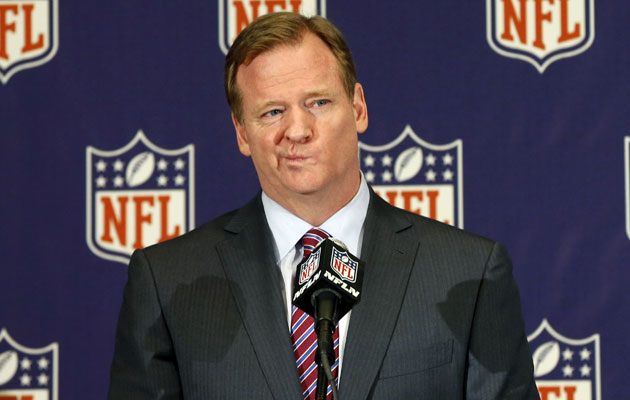 Sunday was not so much a “Funday” if you’re an NFL fan.

With NFL players expected to trickle into camps starting tomorrow with the rookies & full rosters to report by July 28th, the players took to social media on Sunday to express the major concerns they have in regards to safety policies, and seemingly suggesting they won’t be playing if these policies are not addressed.

While most players kept their #WeWantToPlay posts short, sweet, and somewhat vague, some players were a little more expressive in regards to specific concerns they have for the safety of the upcoming season.

Once again in the interest of keeping everyone (players & fans) as informed as possible, here is an updated list of what we as players know and don’t know as the first group gets set to report to training camp tomorrow.#WeWantToPlay pic.twitter.com/xQcjs33zgM

While it’s a bit to take in, here’s how I interpret this:

Let me start with one clear point: the NFL absolutely needs to define testing protocols, and quite frankly, should’ve done so months ago. While I can’t speak for what Roger Goodell has in mind, if I were in his shoes, here’s how I’d roll this out:

It may be a bit much, but I think everyone goes home happy if this is how they do it. In regards to ‘those in close contact’ anytime a player tests positive, all players & coaching staff get a full run of tests immediately, and revert to remote for 48 hours to clean facilities.

There. Fixed that problem!

The rest is a bit more complicated…

For opt-outs, I’m perfectly fine with it; however, the league should view it as two separate types of ‘opt outs’ based on when a player is planning to return.

Players with underlying medical conditions, or players with family members with underlying concerns should be allowed to step away for the full season… with modified pay. I would allow teams to work with the player to determine what that looks like, and naturally, this is where it gets tricky. If the team is willing to pay the player partial or full pay while sitting out, or perhaps spread their 2020 money over the remaining years, I can see players approving this concept. On the flip side, I can see owners not wanting to pay a player extra money on any year if they voluntarily sit out, and instead asking for the 2020 season to not count as an accrued year, and wanting to push it to the end of the contract (unless it’s a bad contract).

Let’s be honest: I’m no Cap Guru. We have one of those. Maybe Goodell should be calling Brian McFarland for advice here in lieu of reading my article (or doing both).

Because a player could opt out at any time during the season, allowing a 30-day negotiating window from the date of stepping back would be ideal for all parties.

On the flip side, some players may want a short-term opt out, where the hope is that the country miraculously turns things around in several months, and the player wants to return, feeling safe once again. I can see a case for designating those players in a similar fashion to the whole ‘IR designated to return’ concept, which keeps players at home for an eight-week absence, then allowed to return (or not) following that span. Again, allowing teams a 30-day negotiating window to do the math and make it work out is ideal.

In both instances, this prevents players from opting out… opting in… then back out… then back in… on a week-to-week basis. At the same time, this gives players the flexibility to make decisions that are best for their families, without negative ramifications.

Of course I understand those policies would all create a financial storm for all parties involved, but there’s really no easy answer here. That being said, a similar layout to this would help balance the ‘loss’ between ownership and players, or at least that’s how the circular peg fits the square hole in my head.

Then there’s the preseason game issues.

It’s no secret that NFL players have been pushing to banish preseason games in the name of safety for some years now. Given the ‘Rona factor of 2020, that ‘safety’ push is more skewed in the name of ‘a short-term focus… with a long-term play as an underlying ‘we don’t talk about it, but it’s real’ focus. After all, the recommendation of a 21-day acclimation period that the players keep referring to wouldn’t allow for more than one preseason game, but given that it would be right up against Week 1, players would simply say the juice isn’t worth the squeeze for them.

Which I totally get.

The flip side to this is the detrimental effect it’ll have on rookies and fringe veterans. These prospects and hopefuls are already suffering due to camps reducing their capacity from 90 players to 80, but should the NFL fully eliminate preseason games, even those fringe players with a camp invite won’t get enough looks to prove their worth. Teams will be heavily weighing a ‘better safe than sorry’ mentality with roster development by focusing on keeping the guys that know the system over new guys that show flashes in drills, but never get a chance to show it in a game.

Think about it from a Ravens standpoint for just a second. Every year, Ravens fans find a UDFA or two that we absolutely adore. Already this year, I can tell you that former Utah QB, Tyler Huntley fits the ticket. As it stands right now, Huntley is the 4th QB on the Ravens roster behind Lamar Jackson, Bobby G-3, and Trace McSorley, and yet, I’ve seen fans pumping up Huntley not only above Trace, but some folks saying he’ll be our QB2 this year.

Alas… Huntley may not get much of a look, and seems likely to be more of a quick out in camp. Eighty players in training camp hardly allows room to keep four QBs, but surely without any game experience to show how he preforms outside of drills & seven-on-seven in camp, the Ravens won’t take the risk of booting proven guys that know the system in favor of an undrafted, unproven rookie.

Multiply that by a dozen players in similar positions on each team, then again by 32 teams. Yes, the practice squad will be expanded (from 10 to 12, potentially upwards of 16), as will the active roster (53 to 55), but it’s still doing these 56th & 57th men a major disservice.

In the latest offer today, the NFL has recommended just one preseason game – Week 3 – as a compromise between the current two games, and the NFLPA’s recommendation of 0 games. Quite honestly, I don’t see the players biting on this one, but should the NFL accompany that offer with 1) testing protocols fully outlined, 2) opt outs for the singular preseason game and regular season opt outs, and 3) a clearly defined plan for keeping players and coaching staffs safe for the entirety of the season?

Just maybe we can keep the NFL on schedule to start camp next week, and in turn, start the regular season on time.

Here’s to hoping that #WeWantToPlay turns into #WeAreBack.