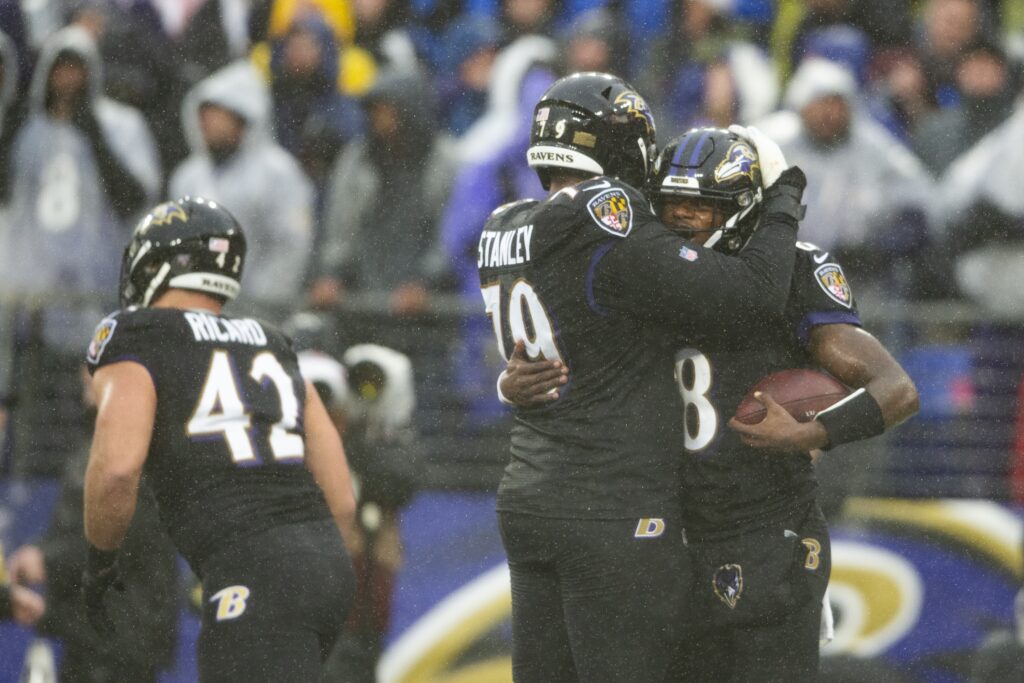 The Ravens have an experienced roster with most of their key playmakers back from last season’s historic performance.

The team also added some key veterans this offseason to help fill any potential holes.

That depth and lack of offseason practices could have a big impact on the first-year players that will be challenged to quickly get up to speed.

Analysis: Jackson is coming off an MVP season and set a franchise record with 36 touchdown passes. Griffin has shown that he is a capable backup. If the Ravens want to retain McSorley, he’ll have to make the 53-man roster because he will likely be grabbed by another team on the practice squad. Greg Roman could find more ways to get McSorley involved with the offense. Undrafted rooked Tyler Huntley has a huge upside and will be headed to the practice squad.

Analysis:  The Ravens set the NFL single-season rushing record last season with 3,296 yards on a league-high 596 carries. All three running backs are on the roster from last season. Dobbins could shoot up the depth chart with a strong training camp. The group is among the best in the NFL.

Analysis: The Ravens parted ways with Hayden Hurst, a first-round pick in the 2018 draft. He was behind Andrews and Boyle on the depth chart and he was not going to leap over them this season. GM Eric DeCosta made shrewd moves by grabbing Breeland and Eli Wolf, who will battle for the job as the third tight end. It will be an intriguing storyline during training camp.

Analysis:  The Ravens like the youth and speed of this group. Brown is expected to have a breakout season and emerge as one of the league’s top playmakers. The Ravens also like the potential of Duvernay, who will battle Snead for the top slot receiver spot. Proche is also expected to make his mark on special teams. Jaleel Scott could battle for one of these spots but he’ll have to flash throughout camp.

Analysis: One of the most pressing questions facing is the Ravens is how will they replace Marshal Yanda at right guard. The short answer is they can’t, but Fluker has the potential to make an impact. Skura should be ready to play after suffering a season-ending knee injury last season, which means Bozeman can stay at left guard. Bredeson and Phillips have the potential to be part of the rotation as rookies.

Analysis:  DeCosta overhauled this unit in the offseason by bringing in Campbell and Wolfe, who will immediately boost the interior pass rush. They will also take some of the pressure off Brandon Williams. Madubuike and Washington provide valuable depth. Daylon Mack faces a tough battle to make the team after an injury-marred rookie year.

Analysis:  All eyes will be on Queen, who will start at middle linebacker. Harrison is also expected to start at Will. Look for Ferguson to take the next step with his development as a pass rusher. Judon will play with a chip on his shoulder after being tagged and Bowser is also playing for a new contract.

Analysis:  This group is among the best in the NFL with a pair of Pro Bowlers — Peters and Humphrey — as the starters. If Young stays healthy, he will be a key playmaker as the slot cornerback. Smith could also see time at safety.

Analysis: The Ravens did not make a move for Jamal Adams, who was traded for a hefty price to the Seahawks. Clark played well when Tony Jefferson suffered a season-ending knee injury. After a slow start, Thomas found his footing and made the Pro Bowl. This is a critical season for Elliott who needs to show he can stay healthy with rookie Geno Stone fully capable of making the team.

Analysis: This is the most experienced group on the team. The lack of practice time should not have much of an impact on them. The Ravens will likely bring in a young kicker to allow Tucker some downtime, but his job will be safe.