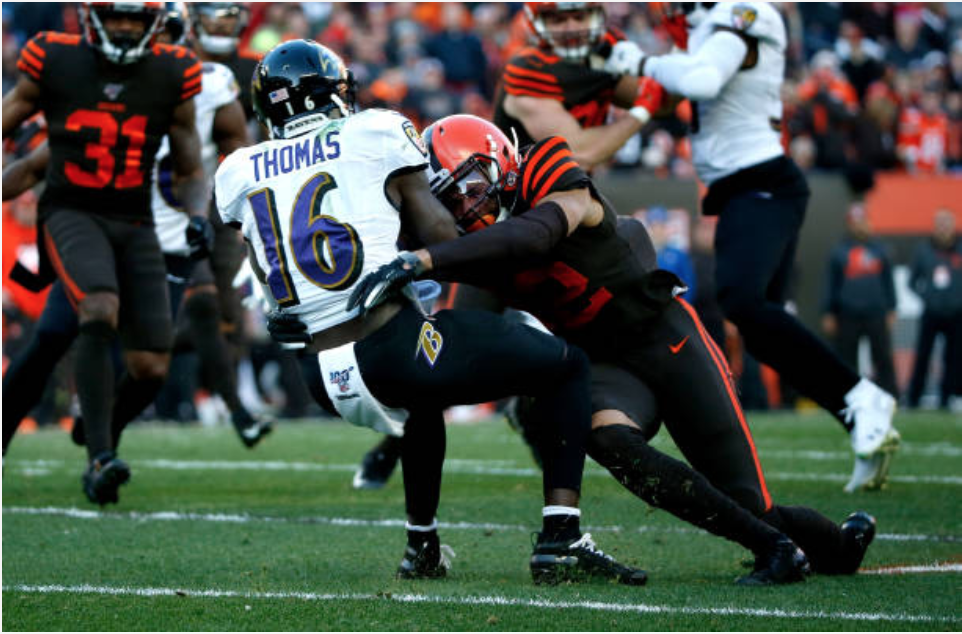 The Ravens have had two players — offensive tackle Andre Smith and returner De’Anthony Thomas — opt out of the 2020 season over concerns with the ongoing COVID-19 pandemic.

Other teams are dealing with the same challenges.

The Patriots have a league-high six players who decided not to play, including linebacker and three-time Super Bowl champion Dont’a Hightower.

That list will inevitably continue to grow around the NFL over the next couple of days.

You can’t blame the players for this decision because of what is at stake.

Some of them have families that might be more susceptible to the virus, such as Hightower who has a two-week-old son. Others are weighing the risk of playing with contracting the virus, and they opted to play it safe.

Players that are considered at high risk for COVID-19 can still earn $350,000 if they choose to sit out. Other players without any risk can earn $150,000 for opting out, according to multiple reports.

The fallout for the Ravens is mixed.

Thomas was expected to battle James Proche, a sixth-round pick from SMU, for the top job at returner.  Last season, Proche led the Mustangs with 17 punt returns for 164 yards and the Ravens are confident he can make an impact as a rookie.

“He’s really instinctive, has really good vision,” said Joe Hortiz, the Ravens’ director of player personnel. “Again, he catches it really secure, but then he gets upfield quick. He doesn’t waste time trying to go east and west. He gets upfield and he has that vision and balance where he can make guys miss along the way and can get positive yards.”

Smith originally signed with the Ravens a week prior to the divisional playoff game against the Titans after Parker Ehinger was placed on injured reserve with a shoulder injury. Smith, however, was not active for the game against Tennessee. He then signed another one-year deal in February.

“He’s a good player; he has a lot of history,” Ravens coach John Harbaugh said at the time. “So, what went into it? I wouldn’t think too much into it. It’s simple. He’s a good player. We needed an offensive lineman.

Smith was expected to be the main backup at tackle behind starters Ronnie Stanley and Orlando Brown Jr. The Ravens now don’t have much depth at that position and might have to grab a veteran free agent if one is available.

Another option is Tyre Phillips, a rookie 3rd round pick from Mississippi State who can play tackle. However, blocking reigning NFL MVP Lamar Jackson would be a lot of pressure for a rookie.

The Ravens brought Ehinger back to the team in place of Smith. The market for free agents could be thin for an offensive lineman.

Harbaugh appears fully prepared to meet the ongoing challenges head-on. The players also seem to be adapting to the new guidelines with the coronavirus.

The NFL machine continues to run and the hope is that it keeps chugging along throughout the rest of this tumultuous year.