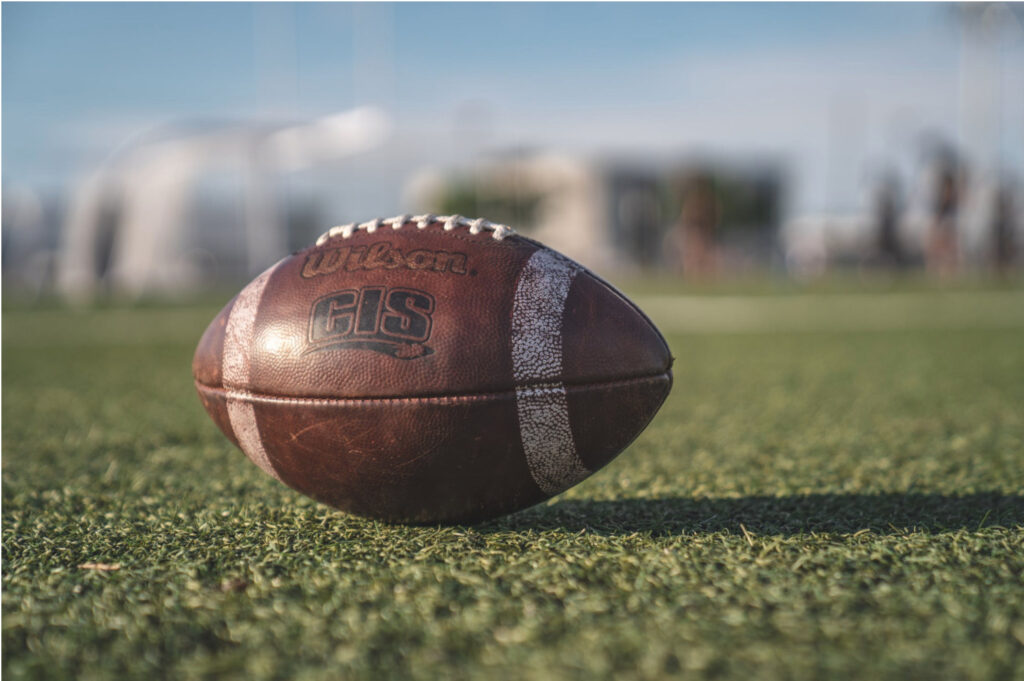 Over the history of the National Football League, there have been dozens of German-born athletes who made the cut to play in the most prestigious American Football league in the world. German NFL stars have started at just about every position in the sport; from offensive line, to wide receiver, to full back, to kicker. In fact, Germany has had more players drafted to the NFL than any other country in Europe, and that is thanks to the success of the German Football League.

In this article, we will take a look at five German football players who have made their mark in the NFL.

At 1.91 meters and 116 kg, Berlin-born Werner attracted attention from US schools even when he was still in high school. As part of an exchange program he attended the Salisbury School in Connecticut for two years and played defensive tackle. Though he was only there for a short time Werner had 54 tackles, 12 sacks, and two fumble recoveries. This, and his time playing for Berlin Adler, got him on the rankings list to play college football in the US.

Werner chose to play for Florida State University, where he had an incredible freshman and sophomore season, including being voted “2012 Defensive Player of the Year”. As a result, Werner was a first-round draft pick for the Indianapolis Colts in 2013. Werner played three seasons for the Colts before signing with the Jacksonville Jaguars and ultimately retiring due to injuries. He is now a commentator and analyst for NFL games on German TV.

Another tremendous talent from Germany was Kasim Edebali, who also played defensive end. Edebali was born in Hamburg and played for the Hamburg Huskies before his size and skill got him noticed by Kimball Union Academy in New Hampshire. He played high school football as part of the USA Football International Student Program for two years before choosing to play for Boston College.

While playing for Boston College, Edebali had 166 tackles, 11 sacks, 15 pass defenses, four forced fumbles, and three fumble recoveries. He was co-captain in his senior year and received All-Atlantic Coast second team honors. This attracted the attention of the New Orleans Saints, who signed him as an undrafted free agent in 2014. Check out these highlights from his 2014-2015 season with the Saints.

Over the course of his NFL career Edebali has played for 8 different NFL teams, racking up 55 tackles, 8 sacks, and 1 fumble recovery.

A big defensive tackle, Kuhn was born in Mannheim, Germany. He learned about American football while vacationing with family in Florida and thus he started playing linebacker and defensive tackle for the Weinheim Longhorns. Kuhn was a four-time All Star for the Longhorns, and wanted to play college football in the US, but did not have access to recruiters. After visiting colleges with his father, he decided to attend North Carolina State University, which granted him a sports scholarship.

In 2012 Kuhn was drafted to the New York Giants in the 7th round. He played for the Giants for four seasons before he was briefly signed with the New England Patriots and ultimately retired in 2017. Over the course of his NFL career, Kuhn had 48 tackles, 1.5 sacks, 2 pass deflections, and 1 defensive touchdown. These days Kuhn works as a broadcaster for DAZN, providing commentary for German viewers alongside the next player on our list.

Anyone familiar with responsible gambling practices knows that there is no such thing as a “safe bet”. But if you had to place money on an NFL team, the New England Patriots were the best bet for many years, and Sebastian Volmer played no small role in building that dynasty.

Born in Kaarst, Volmer did not start playing American football until he was 14 years old. After a 25-0 season with the Düsseldorf Panthers the 2.03 meter, 145 kg athlete attracted a lot of attention. Volmer chose to attend the University of Houston in 2004, where he played tight end before switching to the position he would ultimately be known for; offensive tackle.

The New England Patriots were highly interested in Volmer and drafted him in the second round in 2009. Volmer played for the Patriots for eight seasons, protecting quarterback legend Tom Brady. Volmer won two Super Bowls during this time, and also earned the Madden Most Valuable Protectors Award in 2010. He retired from football in 2017.

Currently, another German player is on the Patriot’s roster; Jakob Johnson, who is a fullback and used to play for the Stuttgart Scorpions. Johnson saw some play time last season when starting fullback James Develin was injured.

Nzeocha was born in Ansbach and played flag football up until he was 16 before playing safety for the junior German National Team. In 2009 his team finished 5th at the IFAF Junior World Championship. This gained him international attention and a scholarship to the University of Wyoming, where he made the switch to linebacker.

In 2015, Nzeocha was drafted to the Dallas Cowboys in the 7th round. As a 25-year-old rookie, his football experience was limited compared to others, but his athletic ability was clear, and he played a mixture of middle linebacker and special teams for the next three seasons. In 2017 Nzeocha was drafted to the San Francisco 49ers, where he still plays currently. Thus far in his NFL career he has had 38 tackles, 1 sack, 2 pass deflections, and 1 interception.