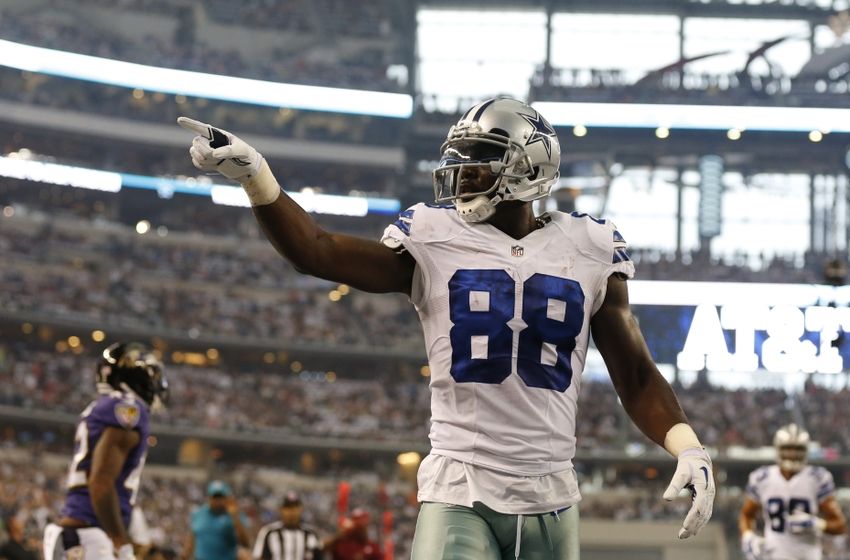 According to a Tweet from Tom Pelissero of NFL Network, former Dallas Cowboys wide receiver Dez Bryant is set to work out for the Ravens in Owings Mills.

Free-agent WR Dez Bryant is expected to travel to Baltimore this week for a workout with the #Ravens, sources tell @SlaterNFL and me.

The 31-year-old Bryant was the 24th overall pick by the Cowboys in the 2010 NFL Draft, when Jerry Jones famously pulled off a trade to hop one spot ahead of the Ravens to take the Oklahoma State wideout. The Ravens ultimately traded out of the 25th pick with the Denver Broncos, who used the pick to draft Tim Tebow. Ravens fans spent years lamented the missed opportunity on our message board and elsewhere.

As noted by Pelissero, Bryant hasn’t played an NFL snap since 2017, when he played all 16 games for Dallas, hauling in 69 passes for 838 yards and six touchdowns. His 6.3 yards per target average was the second-lowest of his eight-year career.

The Ravens have had some decent luck in the past bringing in veteran wideouts. Derrick Mason was also 31 when he came to Baltimore, and Anquan Boldin was 30. Steve Smith Sr. was 35.

As outlined in our training camp preview (offensive edition), the Ravens WR room is already quite crowded, with Hollywood Brown and Miles Boykin expected to contribute more in the second years, the veteran presence of Willie Snead, newly-drafted Devin Duvernay and James Proche, guys like Chris Moore, holding down a roster spot as a special teams stalwart.

Still, it’ll be very interesting to hear how Bryant’s workout goes. He should be fully healthy after two years off, and is of course motivated to prove some doubters wrong. And like just about everyone, he wants to play alongside NFL MVP Lamar Jackson. As long as Eric DeCosta is convinced he won’t be a locker room issue, he could be a welcome addition.