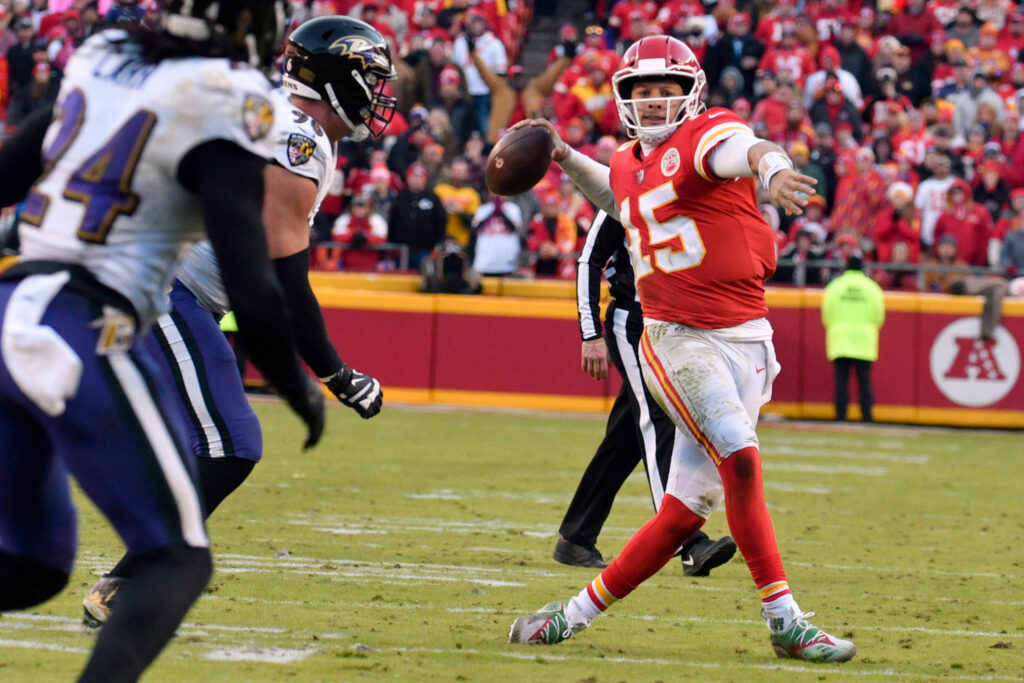 It goes without saying that Patrick Mahomes is such a sports person who needs absolutely no introduction. Things hitherto undreamt of has been successfully executed by him in the NFL fields. What is noteworthy is that now he is making history outside the limitations of the field.

The recent contract extension of Super Bowl with Kansas city has broken every possible previous record as the deal is estimated to be around four hundred and fifty million dollars.A new turn for Mahomes, it has accelerated his career exponentially in a way no one had imagined before. He will now earn an average of forty-five million dollars per year and if we include all the possible incentives and bonuses then this amount will surely cross over five hundred million dollars. Officially it is supposed to be executed from 2022.

The amount of money involved and the length of the contract period is making this deal once in a lifetime opportunity for Mahomes as such an opportunity was not known before.

The 2018 extension of Matt Ryan with the Atlanta Falcons fades into obscurity in front of this deal as that involved only one hundred and fifty million dollars over a period of five years.

The highest average salary in NFL history till date has been achieved by Seattle Seahawks Quarterback Russell Wilson in his four years extension contract last year.

But the above-mentioned facts are a pinch of sand in a beach compared to Mahomes’ deal. He has been even promoted to league MVP in the next season.

It must be noted that this contract is only the third one in league history to have a duration of more than six years.

The entire sports domain has been shaken to the very core with Mahomes’ new deal. Some are viewing it optimistically while some are cynical but none can deny the fact that not once in history has a such a contract of this much intensity been made. Mahomes will now earn more than many celebrity sportspeople. The last record was made in 2019 when Mike Trout was promised a seasonal average of thirty-five and a half million dollars over a period of twelve years.

The biographical journey of Mahomes:

There are absolutely zero frownings over the capability of Mahomes. He has shown exemplary performance over the years especially in the last couple of seasons. He was given the title of league MVP in 2018 while leading the league with fifty passing touchdowns.

In a span of forty years, Kansas City got to taste victory at Super Bowl last year primarily due to Mahomes’ performance. He started living up to his reputation from way back in 2017. Due to injuries of severe nature, he missed a major part of the game in the 2018 MVP campaign but was still given the fifth rank among quarterbacks. This speaks volumes about his sheer dedication, hard work and integrity.

Mahomes is in fact on his way to create history due to this contract which might soon make him the highest-earning sportsman in America. This will have ripple effects and will not only create a huge name for himself but generate positive impact for his team and the sport in general.

Former New York Giants quarterback Eli Manning has earned more money than any other player in NFL history, having made a total of $252.3m over the course of his 16-year career.

Los Angeles Lakers star LeBron James has made $306.9m in 17 years in the NBA, while former MLB first baseman Albert Pujols tops the charts with a total of $309.2m across 21 seasons.

By the time Mahomes reaches the age of thirty-six his deal has the potential to take him a hundred million dollars ahead of those mentioned above even if his incentives are not taken into account.

No team would dare even to leave him so there is a mighty possibility that the historical contract might actually see the light of the day in the way of completion. Only if God forbid, there is some unforeseen injury which may turn out to be catastrophic, only then it may spell a gloomy cast on Mahomes or else nothing can stop him from creating history and tasting the sweet taste of success.

Therefore to sum up if Mahomes manages to stay injury-free, he will most certainly be fairly compensated for being the brightest star in NFL. Also, if he continues to ensure that championship winnings are incessantly delivered by him then it can be said with absolute certainty that he will be worth every dollar spent on him.