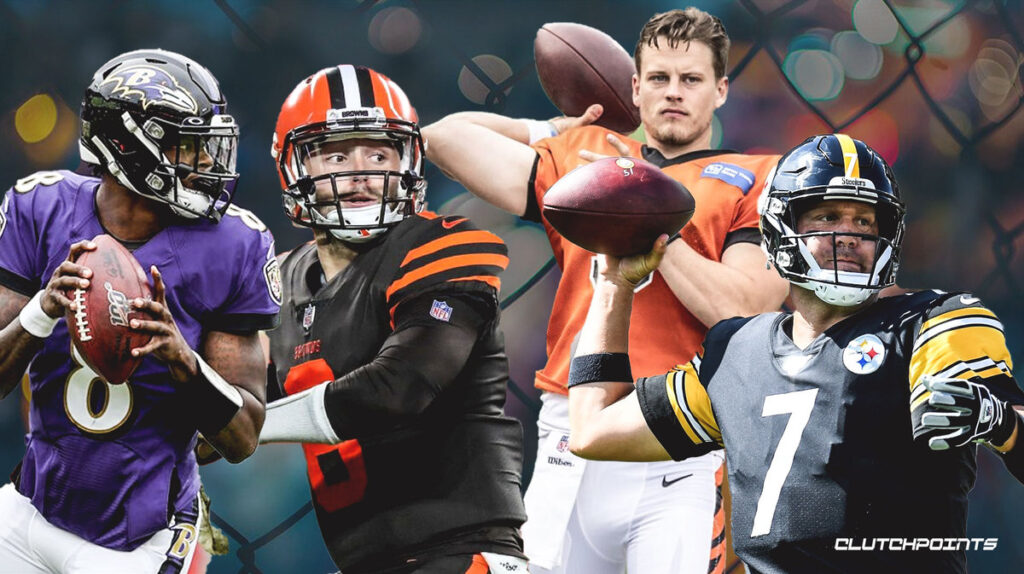 With Week One of the NFL season in the books, here’s a quick recap around the league.

The Ravens somehow looked even better than they did in 2019, if that’s even possible. Rookies J.K. Dobbins (2 touchdowns) and Patrick Queen (stripped Nick Chubb) made their mark on this club early, while Lamar Jackson did more MVP things, tossing a trio of touchdowns. As for the Browns? Well, let’s just say they played like crap, and I’m not sure if that made Odell Beckham Jr. angry or disgustingly happy. Ya nasty, OBJ.

The Super Bowl Champs picked up where they left off, throttling teams offensively and stifling them defensively. Rookie running back Clyde Edwards-Helaire looked every bit the part of a stud running back in the making, while Patrick Mahomes basically threw to every eligible man on the field. On the other side of the ball, the Texans looked downright bad. Deshaun Watson missed Nuk Hopkins badly, the offensive line still looks like a turnstile in a jersey, and the defense looked lost. Ravens fans doing all those eyes emojis for the Week 2 matchup.

Everybody will praise Josh Allen for this game (2 touchdown passes, 1 touchdown run) but should they? Allen had 2 red zone turnovers that should’ve been 4, against a piss poor Jets team. Yes, the Bills won and that’s what you need to do. You can’t change who is on your schedule. But if the Bills give that same effort the rest of the season against stout competition? They’re a distant 3rd/4th behind the likes of the Chiefs and Ravens…

Who is to blame for this one? Some say Matt Stafford… they’d be wrong. The Lions were up 20-3 when they lost their 2nd and 3rd best cornerbacks on the roster (already down CB1 in rookie Jeff Okudah), prompting them to give up 24 points in the final 15 minutes of play to the awful Mitch Trubisky. Add in a missed Field Goal by Matt Prater and a dropped TD pass by rookie DeAndre Swift that Stafford literally dropped in the basket, and it spelled disaster. Also, Matt Patricia is still his coach, so that’s like being down 10-0 in any game.

Raise your hand if you expected this point total to hit 77?! Aaron Rodgers went off like OG Rodgers, when the Vikes opted to not cover Devante Adams, or apparently any wideout for that matter. 315 yards & 4 TDs between Adams, Valdes-Scantling & Lazard. SHEESH. The Vikes looked weak on offense too, outside of Adam Theilen (and Dalvin Cook, who was rendered useless in a shootout). Are the Pack back? Are the Vikes going to fall short in every shootout they inevitably end up a part of?

Here comes the Cam Newton drool fest… Listen. He played well. He ran for 75 yards and 2 scores, which is a familiar feeling here in Baltimore. The biggest difference? Lamar threw for like 500 yards and 4 scores against the Fins last year in the opener, while Cam noodle armed his way to 155 yards on 15 of 19 passing.

Switch jerseys and this game would’ve felt more accurate. Carson Wentz was off target most of the day, their offensive line was in shambles, and their defense let Dwayne Haskins have his way with a bunch of scrubs catching the ball (except you, Scary Terry). Defensively, the WFT was solid with 8 sacks. EIGHT SACK LUNCHES. Eagles are finishing 4th in the division, we all see it coming.

5 combined rushing scores between Josh Jacobs (3) and Run CMC (2), and yet, the fact that Nelson Agholor caught a touchdown pass, let alone any pass at all, is the biggest takeaway from this game. Okay, fine, Robbie Anderson catching 6 balls for 115 and a score is nice too.

Indy gets my award for the OBJ Award, which is given to the team that drops the biggest unexpected turd of a game (I promise, last joke). The tanking Jags were led by Gardner Minshew tossing 3 touchdown passes against a Colts defense many expected to improve this year, while new Indy QB Phillip Rivers forced a late game interception to end it for the Colts (same as it ever was). Surely the Jags players loved that win, but the front office is just glaring at a fathead of Trevor Lawrence on the wall and praying it still happens. 1-15 should do the trick.

Since 2002, no rookie QB selected 1st overall has won his first NFL start. Joe Burrow tried… kinda. He had every reason to take control and win this game, and his defense (see- ineptitude of the Bolts offense) kept him in it… alas, Burrow shot himself in the foot all day. The rookie signal caller missed a wide open AJ Green for a touchdown, threw a backwards pass that almost resulted in a turnover, and threw a shovel pick to Melvin Ingram in heavy traffic. He’ll improve, but with all of those weapons I expected more out of the gates. On a related Bolts note, start Justin Herbert in Week 2. It can’t be any worse.

Tom Brady’s debut resulted in a massive victory that silenced the critics suggesting it was Bill Belichick that was the sole reason for his success all these years… oh wait. None of that happened. Instead, Brady threw two awful picks (one of the pick-six variety) and despite the Bucs defense holding Drew Brees in check for most of the game, Tampa took the L. The Bucs aren’t bad. But that offensive line remains hot garbage and could cost them some big games.

Kyler Murray ran for his life to the tune of 100 yards and a touchdown, with a passing touchdown for good measure, as the Cards handed the defending NFC Champion 49ers their first loss of the season. I’m going to defend the 49ers here for a second… well, all but one of them because Jimmy Gezus looked downright awful (again), but if you give this 49ers team a real QB (and maybe even one healthy wideouts) they likely win this game. His scramble in the red zone on 3rd down should’ve been accompanied by Benny Hill music. What a train wreck…

I called the over. Not. Even. Close. The Rams would carry some momentum, then fall flat. The Cowboys couldn’t get their offense going consistently either. I will say 2020 Jared Goff looked more like 2018 Jared Goff instead of 2019 Jared Goof. And the weapons he has (Tyler Higbee, Cooper Kupp, Robert Woods, rookie Van Jefferson) are going to be a real handful this year, as is the backfield of Brown & Akers. Likewise, the Cowboys trio of Cooper-Gallup-Lamb, along with the backfield of Zeke & Tony Pollard are serious weapons… just not this week. These teams collectively owe fantasy owners an apology.

Danny Dimes was consistently inconsistent, going from a dime of a touchdown pass to a goal line turnover that was unbelievably atrocious. Truth be told, that one turnover on the goal line changed this game. Had they scored and gone up 17-16 instead of down 19-10? It’s an actual ball game and the Giants D was here for it. On the other sideline, Big Ben seems back to form, both in his throwing and easily nicked up manner (started that limp in the first half). Diontae Johnson and Benny Snell looked good. JuJu isn’t bad. Looks like the Browns are destined for 3rd in the AFC North once again.

What an ugly way to end Week One of the NFL season. Steven Gostkowski missed field goals from 47, 44, and 42, before connecting on a chip shot from 25 to win the game with 17 seconds to go. Like the Giants, the Broncos gave this one away, courtesy of Melvin Ingram putting the ball on the turf at their own 23, giving the Titans easy field position to put up 7. The next drive for the Broncos saw them get all the way down to their 1 and fail to convert on a 4th & inches. A field goal wins the game. Great job, Elway (it’s always his fault).