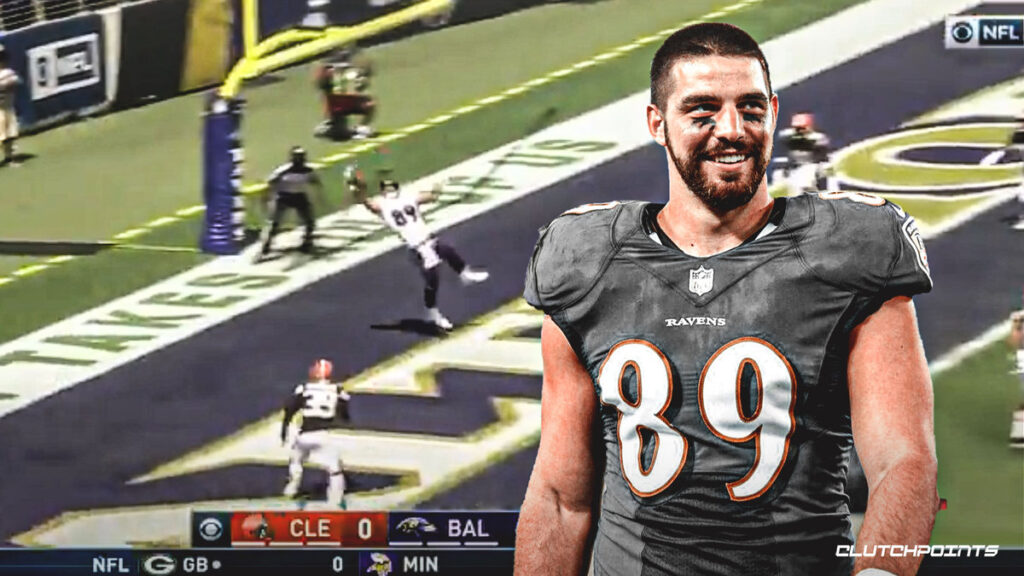 Remembering #Ravens Coach Clarence Brooks who left us far too soon 4 years ago. I’ll never forget how beloved he was, how boisterous he was on the practice field nor his excellence at his craft. Missed dearly, never forgotten. Rest in Peace Coach! pic.twitter.com/pqJokmrg4f

This was a great play by @tbowser23 going against 1st round pick – LT Jedrick Wills.

Patrick Ricard continues to be a strong tell in the #Ravens offense with them running on 77% of his snaps. When they do throw, it’s very successful. Sunday’s passing plays including the first TD to Andrews and deep pass to Brown.#RavensFlock pic.twitter.com/8EbPKBCEHG

Mark Andrews on his increase in snaps: “I’m ready for it. The more, the better for me.” Andrews ran more than he normally would this offseason knowing he’d likely play more snaps this year w/Hurst traded. Played over 70 pct. of offensive snaps in Wk 1. Was around 43 pct last yr.

Join us in celebrating the NFL’s 100th birthday! pic.twitter.com/yeWU1ymKed

I didn’t know it was possible to love two grown men but I do https://t.co/xFwRsCzQlS

Show off those hands.

The best catches from Week 1! 🙌 pic.twitter.com/0EBA2TIFEr

This is what happens when you sleep on your roof until the Bengals win and it lasts for 57 days… pic.twitter.com/RohG8esMGp

Thoughts going into the #Texans/#Ravens matchup:
– Houston struggled with interior pressure against KC. Will Wink dial up more pressures to get Watson off the spot?
– David Johnson is a plus runner in single back sets
– The RBs might be more involved in the passing game

With the NFL opening two new stadiums this season, we ranked the other 28 venues on everything from tailgating to tradition. https://t.co/5Pn9Q7Bxqh

The #Browns, #Bengals, #Jaguars, #Chiefs, #Cowboys, #Colts, #Dolphins and #Broncos are the teams that have shared plans to allow a limited amount of fans into games. (Cowboys haven’t disclosed a limit). Time can change things but I wonder what Super Bowl LV will look like. pic.twitter.com/CUui3rdZQR