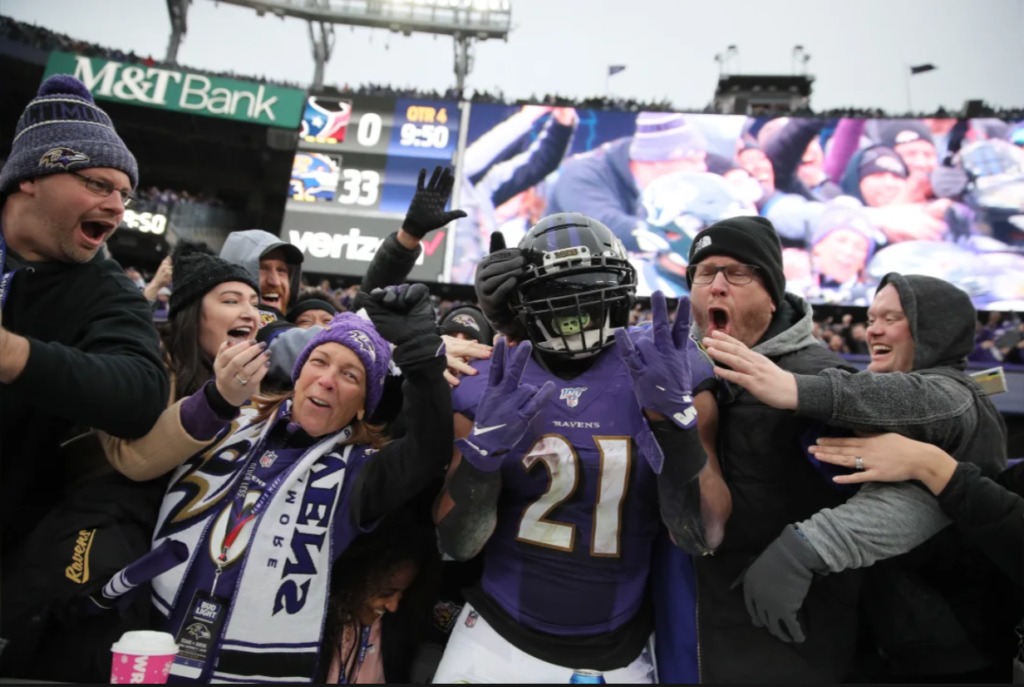 Lamar Jackson still looks like an MVP QUARTERBACK and the team as a whole is arguably the most intimidating in the league.

The Bengals lost (what else is new?)

And of course, the Browns are still the Browns. Honestly, Roger Goodell needs to link up with Dwayne Johnson (New owner of the XFL) and work out a deal where the Browns can be relegated to the XFL. Like, they are just so… so… bad.

As much as I would like to trash talk the Steelers as well, they actually looked much improved from the 2019 season. They were really feeling the loss of Big Ben. In Week 1, their offense looked capable and their defensive front was just scary. They held Saquon Barkley to just six total yards on 15 carries and he was negative in rushing yards most of the game. And I consider Barkley to be the best running back in the league. By the time he was handed the ball, the Steelers were swarming him. Hopefully that is more of a testament to how poor the Giants offensive line is and not how potent the Steelers defensive line can be.

But man, it is so nice to have football back. After our Week 1 spectacle of bullying the Browns like little kids on the playground, we have an exciting matchup against Deshaun Watson and the Houston Texans. You gotta feel bad for the Texans. They easily have the most challenging schedule to kick off the season.

Week 4: Dalvin Cook and the Vikings (who were admittedly less than impressive in Week 1)

For as good of a team the Texans can be, they may very well start off 0-4.

Lets take a look at the history between the Ravens and Texans, and why the Ravens will handle them a fat L this weekend.

The Ravens lead the series 9-2 (3-1 at Houston) and have outscored the Texans 283-202. As promising as that sounds, what is even more promising is what we find when we look back at last season’s dominant victory. In the 41-7 blowout, the Ravens outpaced the Texans in nearly every metric of the game. The MVP Jackson went 17 for 24 passing for 222 yards, four touchdowns and 0 interceptions and tacked on 79 yards on 10 rushes for good measure. He finished with an impressive QBR of 91.4.

You might want to cover your eyes before you read Watson’s stats from that game. Watson went 18 for 29 passing for 169 yards, 0 touchdowns and 1 interception and added three rushes for just 12 yards. He finished with a disgusting QBR of 13.6. Lamar averaged almost nine yards per pass while Watson averaged a merely three yards per pass.

The pressure the Ravens were able to put on Watson played a huge role in those numbers, as they sacked him seven times.

While that is very impressive, what was concerning was that Carlos Hyde and Duke Johnson Jr. were very efficient runners, both averaging over 6.5 yards per carry. I say WAS concerning, because the additions of Calais Campbell and Derek Wolfe put my mind at ease. Even with the Texans’ highly-debated addition of David Johnson (whom they traded DeAndre Hopkins for), Baltimore should be able to corral the Texans rushing game. If you take away Nick Chubb’s longest run of 29 yards last week, the Ravens held him to just 3.1 yards per carry. And I think we can all agree that Chubb is a much more gifted runner than David Johnson.

Even though Baltimore will undoubtedly get pressure on Watson, the dude is still going to make plays. Outside of Jackson and Mahomes, Watson may be the best play-making quarterback in the league. No matter the amount of 300-pound men draped on him, you can never count out Watson from escaping the sack or an infiltrated pocket.

However, what matters even more is who is going to be there for Watson to throw to after he escapes the pocket? If he doesn’t run with the ball, he has Will Fuller who is an underrated receiver and Kenny Stills who is reliable. But Watson is really going to miss Hopkins this week. In last season’s matchup, Watson targeted Hopkins 12 times. Hopkins caught seven of those for 80 yards. No other Texans receiver had more than four receptions that day. I expect Watson to target Fuller often as he did last week. Fuller was absent from last season’s game with an injury, so it will be a new challenge for the Ravens defensive backs – but nothing that they cant handle.

While the Texans offense was not very effective, the Ravens’ was explosive. The Texans are not improved this season on defense (or as a whole) either. Gus Edwards ran for 112 yards on just eight carries (14 yards per) and while Mark Ingram was average running the ball (3.7 ypc), he caught three passes for 37 yards and two touchdowns. Expect a very similar line this week, but substituting J.K. Dobbins for Edwards.

In the receiving game, Andrews made the biggest impact in last season’s matchup, racking up 75 yards and a touchdown on four carries. This week, Andrews should have a similar impact. I expect Andrews to again, be Jackson’s top target. This is because of Hollywood Brown’s tough matchup with speedy Texans DB Bradley Roby. Roby has been pretty successful containing talented speedy receivers like Tyreek Hill and T.Y. Hilton in the past and it is not uncommon for Roby to shadow these types of receivers for most of the game. So expect a slight uptick in receiving work for the normally less-targeted receivers as well as the running backs.

The Ravens may not embarrass the Texans to the extent they did last season, but I expect a solid showing, and of course, a win.