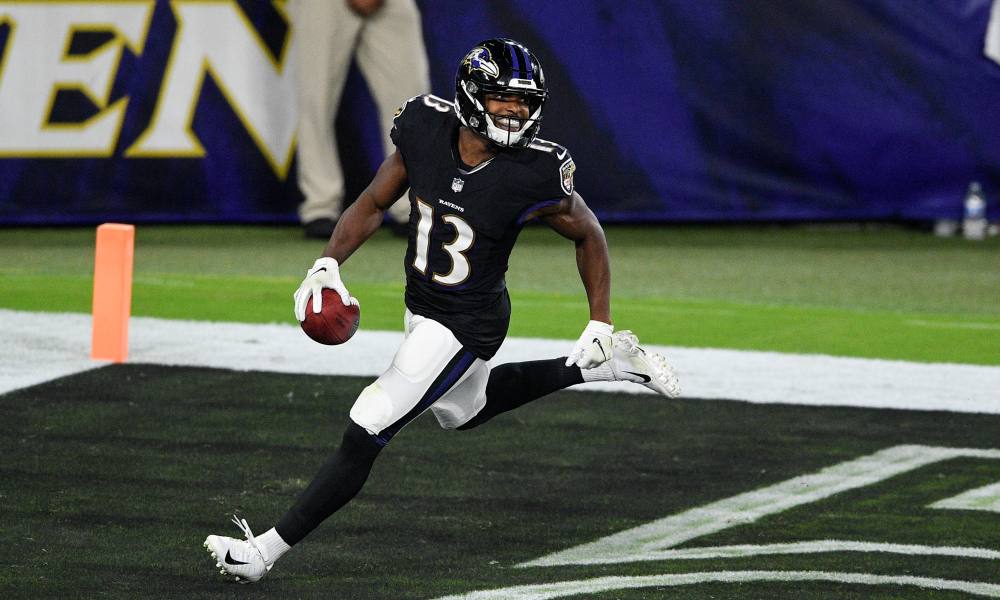 Sunday’s game between the Steelers and Titans is being postponed, they are considering all options to reschedule with Monday night as one of them, per @diannaESPN pic.twitter.com/b9iQZWRgCc

wasn’t going to say anything but we honestly should have went into ot with the chiefs because this clear as day is not an offsides yet it took away a forced fumble from us and it would have been a complete momentum shift 😬 pic.twitter.com/GuLbwLCjgl

I’m hoping to see the @Ravens use JK Dobbins more in the passing game going forward this season.

Against the #Chiefs on #MNF, Dobbins ran 4 routes. He was targeted all 4 times. He caught all 4 passes.

He led the #Ravens in both receptions & receiving yards.#RavensFlock pic.twitter.com/fXavrwBpqh

steal of the draft @Dev_Duv5 @Ravens

@abukari How about Duvernay at gunner, wow! Sam could’ve gone another 5-10 yards and not outkicked him pic.twitter.com/fgWux6SyMw

How concerning is the Ravens’ pass rush through three games?

Well, according to @PFF, every edge rusher or interior lineman grades out as a backup-level pass rusher, at best. https://t.co/YRkfKkx8Ig pic.twitter.com/FzJx0JbQaf