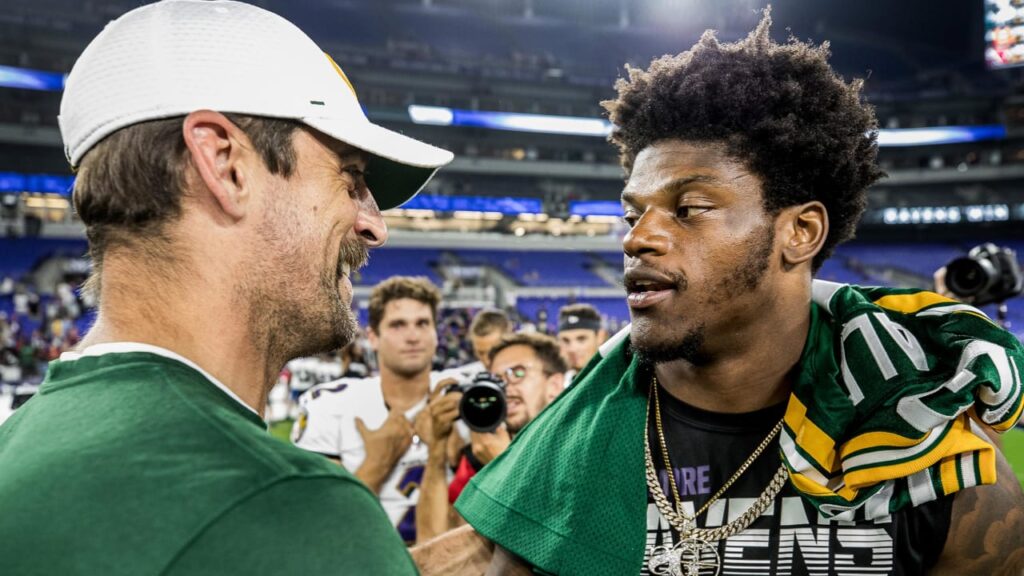 “It means a lot coming from a Super Bowl winning QB.” @Lj_era8 on praise from Aaron Rodgers pic.twitter.com/gib4u0J4HB

“I never talked to him about it but I’m probably gonna have to now that I have a touchdown under my belt.” pic.twitter.com/p6L5lKLK2w

Unleashing my inner Willie Nelson!#Ravens on the road again! pic.twitter.com/NkutBwRwbr

“I think @Dev_Duv5 is going to blossom into something special.” pic.twitter.com/YP4JYhs9rO

Hearing a lot of talk about Miles Sanders on the heels of this terrific run (and play call) v. #Steelers. The scoring run went for 74 yards. Sanders’ other 10 carries totaled SIX YARDS! https://t.co/MVmqpEzX3K

Dennis Gardeck (6-0/230 from Sioux Falls) has only played 10 snaps this season (all in Week 5) but also sacked the QB twice & forced a fumble. Even considering it’s the Jets, these aren’t cleanup/coverage sacks either. pic.twitter.com/9QQMjAeaxz

Le’Veon Bell currently plans to sign with one of these three teams, per @JFowlerESPN:

These three teams are the Jets’ next three opponents. pic.twitter.com/hkGZcOoT0d

Happy 75th birthday to Jim Palmer, who is hopefully enjoying all the chicken tenders he wants today pic.twitter.com/1LMrwCRfQE

Give That Fan a Podcast! You know @ryguyblake from @OriolesFanProbz & plenty more, and now you can listen to him weekly! In episode 1, @PaulValleIII joins to officially hand over the reins, and to recap the 2020 season in #Birdland https://t.co/UpYlk21zXd