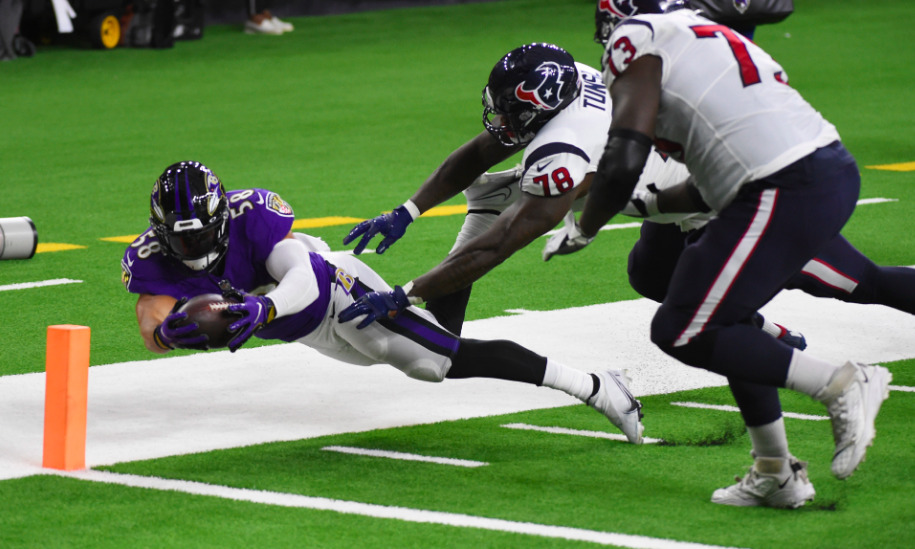 The Ravens are (5-1) at the bye and they’ll have 2 weeks to prepare for the AFC North Division leading Steelers who will take on the Tennessee Titans in Nashville this Sunday at 1PM, a game that shapes up as the best contest this week. So, while we await the arrival of the Steelers on November 1, let’s take a look back at the season’s first six weeks to assess the Ravens so far and extend a few midseason awards, even a couple that are not very flattering.

He’s been criticized heavily, yet he continues to win. The things that are breaking down around him aren’t necessarily his fault yet he possesses an insatiable desire to fix what is wrong. And as the pointed accusations fly in from all angles, fans included, Lamar Jackson just continues to work to get better. LJ is currently the league’s 14th ranked passer with a rating of 99.2. To put that in perspective, the lauded Dak Prescott and Tom Brady sport ratings of 99.6 and 97.8, respectively. Lamar has rushed for a team leading 346 yards. The team feeds off his energy and despite the many areas for improvement, he still carries the Baltimore Ravens and is their undisputed Most Valuable Player.

Defensive Player of the Year

He’s 3rd in tackles (36), 2nd in sacks (2.5), 1st in forced fumbles (4), 2nd in interceptions (1) and despite drawing the toughest assignments each week and asked to flip from a boundary corner to slot, Marlon Humphrey grades out as the 8th best cornerback in the NFL, per Pro Football Focus (“PFF”).

Offensive Rookie of the Year

This one is a tossup between J.K. Dobbins (154 yards rushing, 6.2 YPC, 74 yards receiving, 6.7 YPR) and Devin Duvernay (90 yards receiving, 9.0 YPR, 42 yards rushing, KR for TD ~ 93 yards). Given their respective talents, neither has been extended an adequate number of touches but that should come as no surprise given the absence of a preseason. Look for a gradual ramping up of opportunities for both.

Defensive Rookie of the Year

Prior to the draft Wink Martindale preferred Patrick Queen over any defender projected for the Ravens with the 28th overall pick. His speed can’t be taught and it has certainly flashed on the field this season. While he struggles in coverage, Queen is an explosive player capable of making impact plays at the LOS and he’s a plus pass rusher. His upside is lofty. 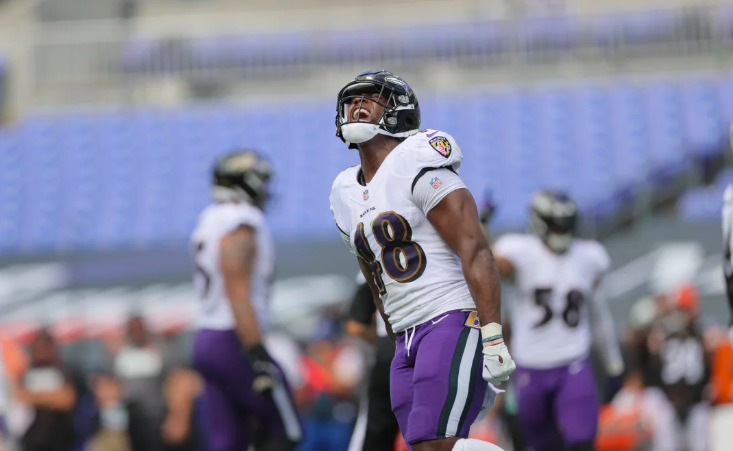 Many might pencil in DeShon Elliott in this space but I’m not among them. Elliott is beginning to show on Sunday the potential he’s always possessed. So the accomplishments of a healthy Elliott are no surprise to me. What I am mildly and pleasantly surprised by is the performance of L.J. Fort. We all knew that L.J. provided solid and relatively inexpensive (2-year, $5.5M) depth. He has flashed often on the field this season and ranks 14th among linebackers per PFF. He’s 4th on the team in tackles and he’s forced a fumble and recovered two, one that went for an impressive score against the Texans.

My knee jerk response to MDP is Ben Powers. The right guard spot is wide open for the taking but the lights have yet to come on for the second-year player and 2019 4th round pick. And while that’s disappointing, an even bigger disappointment is Miles Boykin. The former Golden Domer isn’t always on the same page as Lamar Jackson and despite his size and straight-line speed, seems to be very coverable. He’s posted just 11 catches for 122 yards and ranks 94th among 120 receivers graded by PFF. Miles also has the lowest completion percentage among regular targets on the team (11 of 19 ~ 59.7%).