A “Challenging” Day For The Ravens

It was a tale of two halves. The Colts won the first, the Ravens the second, and fortunately for the visitors, their second half dominance was a bit more convincing than that of the Colts before intermission.

Before I get into specifics of the Good, Bad & Ugly, I think it’s important to make a general observation about the Ravens defense. This is a squad that took some hits during the week leading into the game. They were without Marlon Humphrey. They barely practiced on the field during the week, reduced for the most part to virtual meetings. They were forced to lean on a pair of rookie linebackers. They lost Calais Campbell just minutes into the game. And they were on the road facing an offense that had averaged 32 points per game this season at home, winning on average by 17 points per game.

Indianapolis was also a place where the Ravens had never won in 6 tries during the franchise’s history. They also went to half trailing, something that the Ravens haven’t been able to overcome in 20 consecutive games.

Adding to the challenges of the Ravens defense was a Lamar Jackson offense that could do next to nothing in the first half. They couldn’t even get out of their own way, as evidenced by Bradley Bozeman being bounced backwards into Lamar during an RPO play. Yet despite it all, Wink Martindale’s unit hung in and gave his team a puncher’s chance to still score a knock out. And eventually that’s exactly what happened.

Lamar Jackson looked out of sorts in the first half and produced just 51 yards on 13 attempts. After the break Lamar powered through his throws with authority, connecting on all 10 attempts for 119 yards. Let’s also give Lamar credit for showing great hands when fielding Matt Skura’s regular errant snaps…After posting just 18 rushing yards by half, the Ravens finished with 110. They didn’t exactly scorch the Earth’s surface with their ground game in the second half, but they were able to put themselves in better second down situations which opened up the playbook against a fast Colts defense that plays even faster at Lucas Oil Stadium…Nick Boyle has become a better receiver and that’s key given the attention directed towards Mark Andrews and the departure of Hayden Hurst. He had 4 catches for 46 yards to lead all receivers…Also give Andrews credit for an outstanding block to pave the way for Lamar’s 9 yard bootleg…The Ravens tackles played well in pass pro, particularly in the second half…Give Greg Roman credit for making some halftime adjustments to pick up the pace of the offense and inject some needed energy after an unplugged first half. The pace works far better for the Ravens and helps to wear down the opposing defense while limiting situational substitutions.

Early leader for my favorite ? of the weekend from the Ravens Mark Andrews. A finish 15 yards down the field on a Lamar Jackson touchdown run! @Ravens pic.twitter.com/fcEUYJ5Ndv

Derek Wolfe (3 tackles) and Justin Madubuike (5 tackles) stepped up to pick up the slack for the injured Campbell. Malik Harrison was active and tackled with authority. He had 6 tackles plus added 3 special teams takedowns…Jimmy Smith had a nice take down for loss and supported the boundaries well when defending a Philip Rivers staple – the bubble screen…Chuck Clark was Johnny-on-the-Spot, scooping up two fumbles, one from Colts RB Jonathan Taylor that Clark took 65 yards for a score to tie the game at 7 apiece. He also had the presence of mind to pick up the ball after what looked like an incomplete pass that was eventually ruled an interception after review…

Chuck Clark picks it up for a 65-yard @Ravens scoop & score! #RavensFlock

Terrell Bonds is a scrappy player and while he might not be Tavon Young, he competes well and that’s all you can’t ask of a player with an obvious target on his back…The punt coverage unit played fast and tackled forcefully.

This was ruled an INT by Marcus Peters.

When John Harbaugh challenged Marcus Peters’ attempt to intercept Rivers following the Gus Edwards fumble, I thought it would simply amount to another wasted challenge from Harbs and a lost timeout that the team might need later in the game. I was shocked that the call was overturned. That play was a serious momentum shifter. If you have to look back on a single play that changed the game, that was the one and if not for Harbs and his staff, it doesn’t happen. I guess that’s why I manage a website while John manages the Baltimore Ravens.

Marquise Brown was bellyaching for the ball last week. This week he gets the ball but drops a would-be first down…Dez Bryant. What was the point? Did that one play really acclimate him to a game environment? It’s not as if the offense would lose anything if Miles Boykin sacrificed a few reps…The Ravens have speed but the way they present their jet sweeps is like a pitcher who tips his curveball…The tackling on the Colts first scoring drive was shoddy but let’s give the defense credit for cleaning that up as the game unfolded.

The Ravens had 55 yards of offense in the first half. They also had 55 yards of penalties before intermission. That can never be anything but ugly…Messrs. Bozeman, Skura and Mekari looked like rag dolls at times, tossed around at will by the Colts interior defenders. I was waiting for CBS to start using some of the old Batman TV Show exclamations when any of the three were sent airborne into the Ravens backfield. Bodies were flying like it was a WWE event…Gus Edwards fumble inside the Colts 5-yard line was uncharacteristic and could have been an emotional back breaker.

With the Colts leading 7-0 and the Ravens offense looking like the land of confusion, Philip Rivers & Co. marched into Ravens territory and faced a first-and-10 from the Baltimore 45 at the 1:28 mark of Q1. Jonathan Taylor took the ball and ran 9 yards to the Ravens 36 were he was greeted by Peters and Malik Harrison. As the pair wrestled Taylor to the ground Peters dug in and pried the ball loose. It was scooped up by Chuck Clark who scampered 65 yards while hurdling Rivers who was on his back admiring the Lucas Oil Stadium skylights.

Then in Q3, after having a momentum shifting drive stalled thanks to the Edwards fumble, Peters answered on the very next play. Philips tested Peters with a deep sideline throw intended for Marcus Johnson. Peters boxed out Johnson to make the pick (following the Harbaugh challenge). Ten plays and 54 yards later, Gus Edwards scored on a 1-yard plunge. The Ravens would take the lead – one that they would not relinquish. 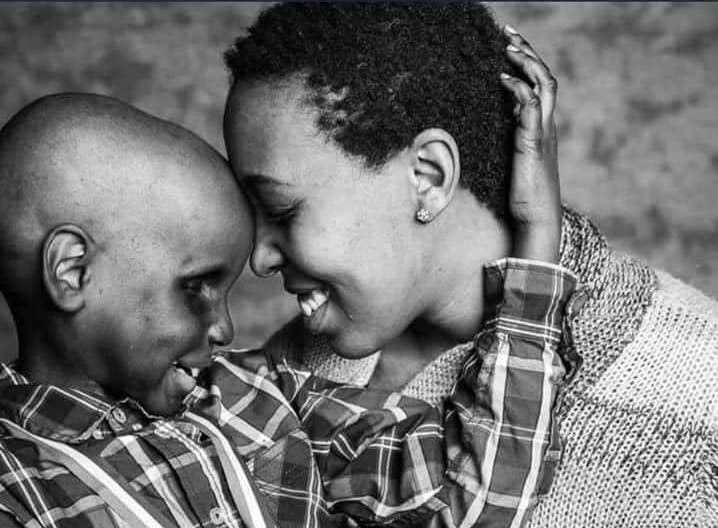