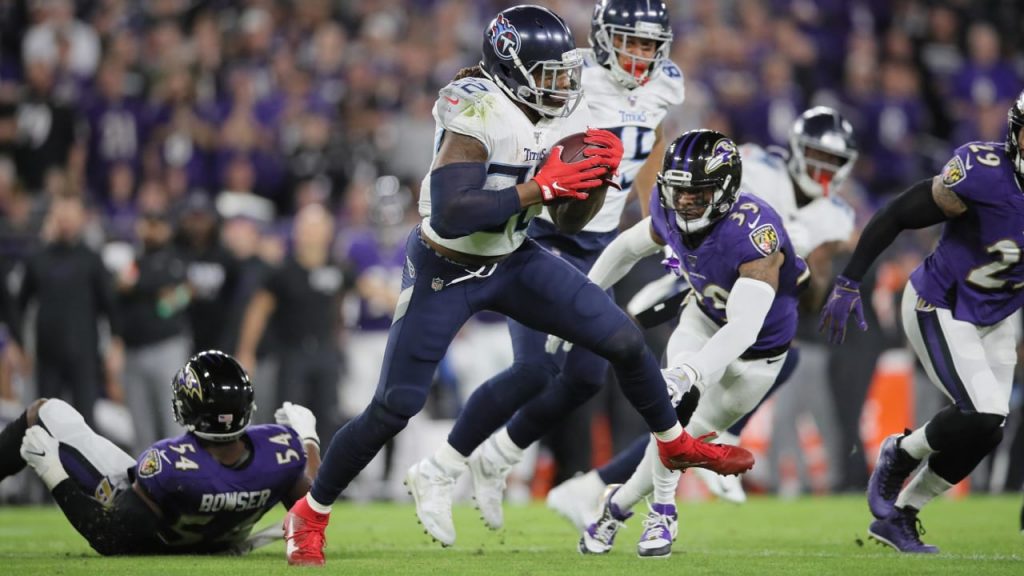 It’s Week 11 and we’re in the most important stretch of games that will either make or break your playoff hopes as fantasy managers. Luckily, I gotchu covered! We did pretty solid across the board last week. I’d say our best picks were Antonio Gibson BOOM-ing and Derrick Henry busting. My worst call was easily picking Jared Goff as my Fire QB of the week. Well, I mean it was actually a great call, but Goff just didn’t put out for us and the game was much lower scoring than anyone predicted. It smelt a little like a trap game, but all signs were pointing up for that to be a smash game.

Let’s get into the Week 11 action!

Lamar Jackson finally got back to heavily targeting his favorite receiver last game, resulting in seven receptions for 61 yards for Andrews. Over the season, Andrews has commanded a 22% target share and a 33% share in the red zone. The Titans’ so-so defense is 24th overall as well as against the pass. While the Titans are better at defending the TE than opposing WRs, I believe this game is going to be shorter than usual because I expect both teams to rely heavily on their rushing attack.

With already limited targets available and even less time than usual on offense, Andrews will be the safest bet for fantasy managers to start this weekend on the Ravens side of the ball.

While many analysts will be scared off by the Ravens’ #1 rushing defense, as Ravens fans, we know better this week. As anyone with eyeballs knows, Derrick Henry is an absolute man child. Ex-Raven Earl Thomas was the laughingstock of the league last time these two teams faced off, after Henry stiff armed Thomas so hard, he looked like he had no clue he was even on a football field. Anyway, the Ravens are the best defense in the league when they are HEALTHY. Don’t let the stats fool you this week. We all saw what 3rd round pick Damien Harris did to the Ravens defense when Calais Campbell and “Big Baby” Brandon Williams weren’t on the field to man-handle them (122 rushing yards).

Expect a whole lot more of the same this week from Henry.

Streamin’ Round the League

If you’re going to start Winston, just keep in mind that it is ritual for him to start each and every game off with an interception. He just has to get it out of his system for a drive or two until he needs to throw another. In all seriousness though, as many picks as he throws, he is a strong bet to out-pace every other QB in yards and touchdowns if he was a season-long starter. His talent makes up for his way-too-often bad decision making. In a matchup against the Falcons, that are still dead last in the league in pass defense and give up the most points to opposing fantasy QB’s, he’s worth a shot. I would never feel safe starting Winston but damn is it exciting! For real though, play him this week. He is poised to ball out.

Harris impressed everyone with his rushing performance last week against the Ravens. While he doesn’t get targets, he did get over 20 carries and will play the Texans this week, who are 30th in rush defense and 31st against opposing RBs. The Patriots are favorites in this game so if they get ahead, we will get an extra dose of Harris this week.

After a disappointing Week 10 performance, Kirk looks set up for a bounce back game against the Seahawks tomorrow night. The Seahawks give up the most points to fantasy WRs and this should be a very high scoring game between MVP candidates Russell Wilson and Kyler Murray. With DeAndre Hopkins demanding extra attention (especially after last week), Kirk should be open often and both teams will be throwing early and often.

Thomas has been targeted six times in back to back weeks with Alex Smith under center. The Bengals have a solid chance to get ahead of the Football Team with their pass happy offense overflowing with talent. The Bengals are 28th in pass defense and let up the second most fantasy points to opposing TE’s. He should be available in most leagues so throw him in if you’re in a pinch.